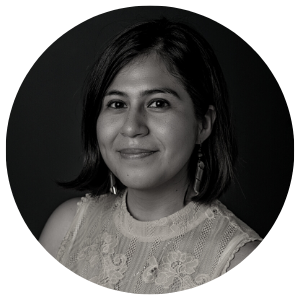 Perla Arellano Fraire is a reporter and editor at the Knight Center. She previously worked as a bilingual and multimedia journalist at ¡Ahora Sí!, the Spanish-language newspaper with the Austin American-Statesman. She covered an array of topics including immigration, grassroots activism and education. She was a recipient of the Texas Associated Press Managing Editors first place for Spanish-language news for her coverage of DACA. Thanks to an amazing fellowship provided by the International Women’s Media Foundation in 2018, she wrote about Guadalajara’s tech sector and about the women advocating for their labor rights in the maquiladoras (foreign-owned factories). She graduated with a A.S., Mass Communications from Amarillo College and later with a B.J., Journalism from the University of Texas at Austin.