The 2020 edition of the course “International Legal Framework of freedom of expression, access to public information and protection of journalists” opens applications to all magistrates, judges and judicial operators in Ibero-America.

The course, offered in Spanish, is part of an initiative led by the United Nations Educational, Scientific and Cultural Organization (UNESCO) and the Special Rapporteurship for Freedom of Expression of the Inter-American Commission on Human Rights (IACHR) with the support of Knight Center for Journalism in the Americas at the University of Texas at Austin. This is the initiative’s sixth edition at the regional level.

The training, which has the support of the Ibero-American Judicial Summit and other entities, aims to strengthen judicial operators in the region on international standards governing the right to freedom of expression, access to public information and the protection of journalists. Since 2014, when a pilot course was held, almost 10,000 magistrates, judges and judicial operators in the region have been trained, especially in Latin America.

The 2020 edition will take place from April 20 to May 31, but applications are already open. They will close on April 5.

“The MOOC for the discussion with Ibero-American judicial operators about international standards on freedom of expression, access to public information and security of journalists, in its sixth year of existence, has become a regional space for debates on key issues for Ibero-American democracies, ”said Guilherme Canela, Regional Advisor of UNESCO for Communication and Information for Latin America and the Caribbean. “Among the operators that have interacted with the online courses and other training spaces offered by UNESCO and its partners, more than 13,000 judges, prosecutors and other judicial operators have already had the opportunity to learn and share knowledge on issues increasingly central to the consolidation of our democracies, particularly with the advancement of the digital world and the new challenges that arise.” 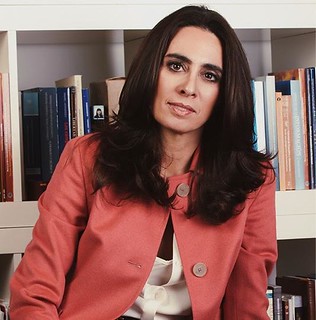 “This course allows us to cover the central aspects of the right to freedom of expression from the point of view of the Universal and Inter-American Systems covering topics such as the protection of journalists, the strengthening of public debate, access to public information, expression through the internet, limits to the exercise of freedom of expression and diversity and inclusion of voices in communication, among others, through the study and debate of the principles emanating from said systems and with the standards and practices of argumentation developed by the Court and the Inter-American Commission on Human Rights,” instructor Catalina Botero explained. 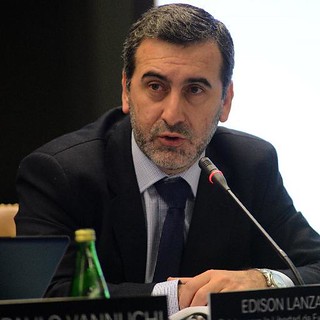 “This course allows us to have the necessary tools to face many of the challenges that the judiciary must face to ensure, in a consistent and respectful manner of the rule of law, the fulfillment of the fundamental rights of every democratic legal system. I hope you will join us again in this edition and that we will continue to build, together, spaces for the consolidation of more robust and democratic societies,” Botero added.

For instructor and Special Rapporteur, Edison Lanza, the course is “a great opportunity to deepen the knowledge of international and inter-American standards on freedom of expression for judicial operators and those who must make decisions on freedom of expression. We at the Special Rapporteurship are very happy that we’ve been able to contribute to the permanent training in this field of almost 10,000 judges and prosecutors throughout the continent.”

“The Rapporteurship is pleased to have been able to provide long-term sustainability – together with its partners – to this modality of promoting inter-American standards. This course, for the quality of its teachers, its curriculum and the technological platform is an example of excellence in human rights,” Lanza said.

“Completing six years as part of this important initiative that helps strengthen democracy in Ibero-America is a privilege and source of pride for the Knight Center team,” said Professor Rosental Calmon Alves, director and founder of the Knight Center for Journalism in the Americas at the University of Texas at Austin.

"Offering our distance learning platform and our experience to train judges and judicial operators in Ibero-Ameirca on issues of freedom of expression allows us to fulfill the essence of our mission," Alves added.

In addition to the Ibero-American Judicial Summit, the course has the support of the Ibero-American Network of Judicial Schools, Foundation for Freedom of the Press (FLIP) of Colombia, Latin American Internet Association, National Endowment for Democracy (NED), Government School of the OAS, the Government of Sweden and the University of Los Andes de Colombia.

This is the sixth edition of the course at the Ibero-American level, but two other editions have been taught at a local level. UNESCO and the Office of the Special Rapporteur, in collaboration with the Knight Center, offered a pilot version of this course aimed exclusively at judicial operators in Mexico in November 2014. In September 2015, a similar course designed exclusively for judicial operators and journalists from the state of Coahuila in Mexico was offered. That was the first course of its kind directed at the state level in the world. At the end of 2015, an edition was offered at the Latin American level, which was followed by the 2016, 2017, 2018 and 2019 editions during the first semesters of each year that were also open to judicial operators in Spain and Portugal.

In total, more than 9,600 judges and other judicial operators, such as prosecutors and court officials from all Latin American countries (except Cuba) have participated in the previous six editions of these courses.