Eight journalistic expressions in English, Portuguese and Spanish that every Latin American journalist should know

LatAm Journalism Review (LJR) is a trilingual digital magazine. All of our articles are published in three languages: English, Spanish and Portuguese. That you know. Every week, Júlio Lubianco and Marina Estarque translate texts from colleagues Paola Nalvarte and Silvia Higuera into Portuguese, and they translate our articles into Spanish. Our editor Teresa Mioli, on the other hand, translates all of our stories into English.

What you don't know is that, since we write about journalism, every now and then we come across expressions and jargon of the profession that are specific and original to a language. Of course, most have a translation, but it's not always that simple.

For example, would you, dear Portuguese speakers, imagine that your fellow English-speaking journalists do not have a single word that is similar to our "pauta"? Or, dear Spanish speakers, did you know that in Peru journalists use “la pepa” to describe the most important statement from an interview? In fact, by the way, there is huge regional diversity, too, not just between languages, as we can imagine.

So, with this last article of 2020, the LJR team decided to share with you a short list of some of the original journalistic expressions in the three languages and their translations. Have a good time and please send us your critiques and additions: latamjournalismreview@austin.utexas.edu.

We start with one of the most popular and important terms in journalistic practice in any language. In English, a scoop is a piece of exclusive, first-hand news released by a journalist or media outlet before competitors. 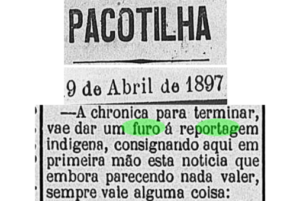 It has the same meaning as furo in Portuguese, and primicia in Spanish. Despite being used the same way, the three words have very different literal translations.

The literal translation of furo is “hole” in English. Despite many versions of the use of this word in journalism, there is no consensus on the origin of the use in this sense. A search in the Digital Library of the National Library of Brazil found the oldest reference in the newspaper A Pacotilha, in Maranhão, on April 9, 1897. In the 19th century, the digital search of the newspaper library unearthed similar records in the Jornal Cidade Nova (1897) and in the Jornal do Brasil (1899).

“The news came by ship. Some journalists went by boat to the ships to catch the news before they docked. They punched the plate, mold, or I-don't-know-what the master copy of the news was on, so they could publish it ahead of competitors,” journalist, professor and writer Deonísio da Silva told LJR.

Despite the good story, it lacks historical proof, as the professor admits: “I never wrote about it because I couldn't prove how the expressions passed into the life of newsrooms. In the 1970s, in my early days as a columnist, I asked professionals aged 70 or over. I kept asking and researching. I have discovered nothing to this point.”

[If Brazilian readers have a more factual explanation or a better story about the origin of ‘furo,’ they can send ‘letters to the LJR newsroom’: latamjournalismreview@austin.utexas.edu]

Better documented is the origin of scoop. The word is the literal translation of shell or shovel. The use to express first-hand news appeared in 1874 in Illinois in reference to a newspaper almost being beaten by a competitor, as recorded in the Oxford English Dictionary.

An article in the Wall Street Journal reports that around 1850 the term gained the connotation to beat someone in a competition. Hence to become synonymous with exclusive news is a jump, since the scoop carries the notion of beating the competition.

The Spanish language wins the dispute for the most direct term. In Spanish, scoop is primicia. In the original sense, it is the “first fruit of anything,” teaches the Real Academia Espanola. It is not very difficult to understand why the word is also the same as "fact made known for the first time."

It would be simple if it weren't for regionalism. In Colombia, the journalistic primicia is called “chiva,” which literally means a young goat. In other words, “dar una chiva” (literally, to deliver a goat) in Colombia can be the highlight of a journalistic career. It is important to note that the greatest journalist in the history of Colombia (and one of the greatest in the world), Gabriel Garcia Marquez, was not a big fan of chivas.

Regionalism in journalistic jargon, as one might suppose, is not exclusive to Spanish. Portuguese journalists even “dão furos,” but prefer to “dar a cacha.” The word comes from the French "cacher," that is, to hide, since in order to publish a news item first-hand it is necessary to keep it secret, as RTP explained in a video. If you were curious like me, French journalists use scoop, in English.

Update: Thanks to the collaboration of our correspondent readers in Venezuela, we learned the word tubazo. “A tubazo here means, colloquially, as if you were hit with a tube (a water pipe). The scoop of another competing outlet is like getting hit in the head with a tube,” wrote journalist Yelitza Linares. 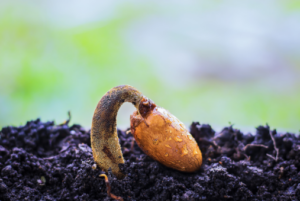 In Peru, la pepa is the most important statement from an interview. The word means seed of a fruit, in literal translation. That is, it indicates the central part of the statement to the press.

In other Spanish-speaking countries, it is more common to say "what is the news," or "what is the most important.” The same is true in Portuguese, but sometimes we can say “what is the lede” to refer to what is most important in an interview. The latter can also be said of English.

In particular, I think this is an expression that we should all adopt, regardless of language. 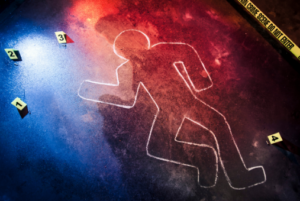 Researcher María del Carmen Ruiz Castañeda said the term originates from the red stamp used by the Inquisition in Mexico to announce sanctions such as physical punishment and executions. Coincidentally or not, red is also the color of the blood that spills from this type of journalism.

In Brazil, espreme que sai sangue (squeezing out the blood) it is a term used to designate popular newspapers in large cities that devoted most of their coverage to crimes. Likewise, there is an English expression “if it bleeds, it leads,” which means a report about a violent event will have priority in the news. 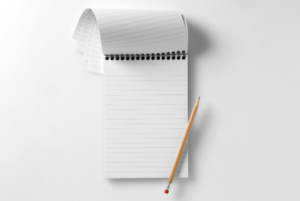 In English, journalists use beat to describe the subject or geographic area of regular coverage. The word is also used to describe a police officer’s patrol area and in journalism it has evolved to become synonymous with specialization.

In an interview with WNYC's “On the Media” podcast, biographer James McGrath Morris claimed editor Charles E. Chapin created “beats” in New York's “The World” in the early 20th century. The idea was to give reporters well-defined geographic areas of coverage, which they should know better than competitors.

In Portuguese, the setoristas take care of specific subjects and areas of coverage within a news desk. In Spanish, journalists use fuente, or source, as in “I cover the police source,” or the “judicial source,” to designate a reporter's coverage area. 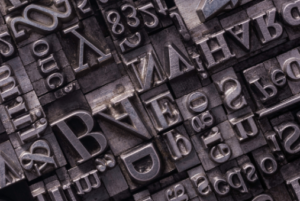 Okay, this one surprised me. Do you know the word or phrase we use to identify an article in production? For example, this article was called just “glossary” in the editing phase, which is how I and the other colleagues at LJR referred to it. But in English, there is a specific term for this: slug.

Slug here is a piece of lead used in the typographic composition of texts published in newspapers on linotype machines. A single line to be printed is called a slug and the term is now used to identify a text that is still in editorial production.

Do you know when an interviewee is surrounded by microphones and tape recorders just inches from your face? This is a quebra-queixo, an expression used by Brazilian journalists to describe informal press conferences. In English, it translates literally to “jawbreaker.”

The Portuguese name indicates a risk, never proven, of serious injury and fracture in the interviewee's jaw. This style is common in cases of great repercussion in society, which attract journalists from different media, and also in political and sports coverage.

In English, the term used is media scrum, most used among Canadian journalists in legislative coverage. The name is inspired by a moment in rugby, when the match is to be started, or restarted, and the players gather in a circle to dispute the possession of the ball.

Update: In Mexican journalism, according to readers of LJR who sent us messages after the publication of the list, the term chacaleo is used. The reference is to the jackal, specialized in stealing the prey of other predators. The prey, in this case, would be information that could be exclusive if the interview was not surrounded by chacales (“jackals”). 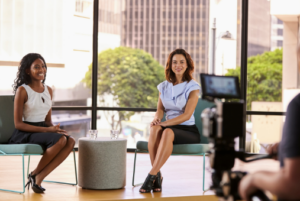 An interview that is published in the question and answer format is a pingue-pongue. In English, it’s a Q&A (question and answer). In Spanish, pregunta-respuesta. In Portuguese? Pingue-pongue, in reference to table tennis [NOTE: Read this as “ping-EE, pong-EE”]. Just as I defend the adoption of pepa by Brazilian journalists, for the same reasons colleagues from other countries should adopt pingue-pongue for interviews. It's just a suggestion.

This is perhaps one of the most difficult translations for the LJR team because the word has different uses in Portuguese and does not find such a widespread term in other languages. 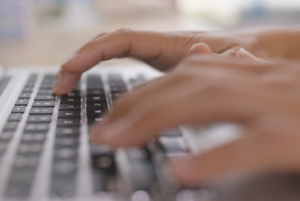 For example, pauta is (1) the set of researched information that initiates the reporting work. That is, before going to the field, a pauta is produced (in English, something like guide, schedule)

The term is also used to (2) describe the ideas that reporters present to their editors (in English, story idea or pitch) at (3) pauta meetings (in English, editorial meeting). Each journalist (4) sells their pauta (in English, pitches their story) in the best way possible to get more space.

Pauta is also synonymous with (5) task for a reporter (in English, news assignment) and the (6) act of passing this task is expressed in the verb pautar (in English, to assign).

The term is so important in Brazilian journalism that one of the traditional functions of a newsroom is the (7) pauteiro, the journalist who prepares the pautas for an edition of the news.

This list of expressions is far from sufficient to cover all the terms we use today as journalists in Latin America. What expression would you like to know the story behind? Is there a term that you want us to translate for you? Send your suggestion in any language to latamjournalismreview@austin.utexas.edu, or send us a message on Twitter.

*Updated to include collaborations received from readers: chacaleo and tubazo.