What began as a journalistic experiment during the first year of the pandemic became a Latin American coalition of young media that address human rights issues with a gender perspective. 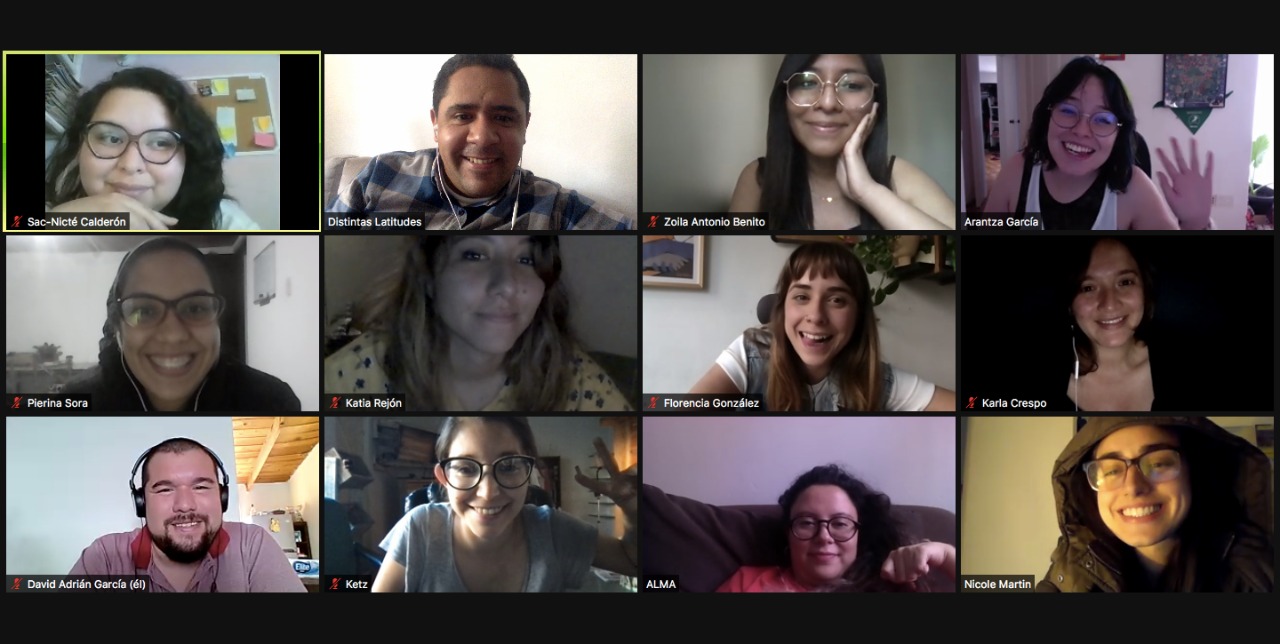 In 2020, Factual/Distintas Latitudes decided to “incubate,” or support, two projects from young journalists: Cápsula Migrante, about Venezuelans in Peru, and EsParaMiTarea, from Mexico.

“We gave them financial advice, advice on design and on social networks and a monthly fee so that they could buy equipment or spend it on the project. And the truth is that we realized that it turned out very well,” Jordy Meléndez, co-director of Distintas Latitudes, told LatAm Journalism Review (LJR).

Based on this experience, they were encouraged to create the Coalición LATAM. This initiative was launched at the end of May 2021 with 10 participating media outlets from young journalists from Argentina, Mexico, Ecuador, Peru and Venezuela.

All members were part of the LATAM Network of Young Journalists at some point, an annual journalistic training program organized by Distintas Latitudes and which is now in its sixth edition and currently accepting applications. One of the cross-border works produced within the network, "Violentadas en cuarentena" (Violated in Quarantine), won the One World Media Award promoted by the BBC and Google News Initiative.

According to Meléndez, one of the objectives of this alliance is to support these young media to put together an administrative structure, to shape their legal status, to choose and/or direct their business model so that they can continue to tell their stories.

"In just two months, we have helped two media get their legal status: Colibrí Magazine in Argentina and La Antígona in Peru," Meléndez said.

In addition to Cápsula Migrante and EsParaMiTarea, the other participating media are Revista Colibrí, from Argentina, Memorias de Nómada, from Mexico, La Antígona, from Peru, Altavoz LGBT+ and La Desvelada, from Mexico, La Andariega, from Ecuador, Morras explican cosas, an Instagram journalistic project, and people who are invited by the Coalition and who belong to the LATAM Network of Young Journalists from Distintas Latitudes.

David Adrián García, a journalist for Altavoz LGBT +, told LJR that, despite being a young and still small media outlet, they feel that they are taken more seriously since they are part of the Coalition.

"Although our content is still small in number, we have seen an increase in people who connect to the spaces on Twitter that we do on Wednesdays, and in people who listen to them later as a podcast, for example."

"We have also had an increase in followers on Twitter when we have collaborated with Memorias de Nómada and La Desvelada, and the TikTok video that we made with EsParaMiTarea about the rejection of equal marriage in the Durango congress had a great reach," he added.

Through the coalition, the participating media join audiences and efforts to produce content, without losing their editorial approaches, which in general deal with the diverse perspectives of human rights. They tell stories about feminism, gender, LGBTI communities, and migrants.

In the short time they have been together, Meléndez said the LATAM Coalition has already won its first grants, which will be announced shortly, and has generated alliances with international organizations to support joint investigations.