Upon accepting the 2021 Chapultepec Grand Prize, editor Marty Baron recognized not only his own objective of fighting for an independent press to ensure democracy, but the battles waged by his Latin American colleagues to do the same.

“That has been my goal and I have worked tirelessly to achieve it, but I also recognize that you, who practice journalism in Latin America, have had a much more arduous job than mine,” said Baron, former executive editor of The Washington Post. “You have faced greater obstacles and faced many worse threats. You, your staff, and the very existence of your organizations have been put in jeopardy. You have shown great courage that in my case was never required of me.” 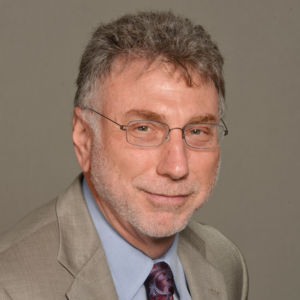 Baron was this year’s recipient of the award from the Inter-American Press Association (IAPA), which recognizes those who have defended and promoted freedoms of expressions and of the press within the framework of the Declaration of Chapultepec. Adopted in 1994, the declaration contains ten principles that outline the safeguarding of press freedom.

Baron was awarded the 2021 Chapultepec Grand Prize as part of the IAPA’s mid-year meeting, which takes place virtually this year from April 20 to 23 and is free to attend. You can view the meeting program here.

Upon announcing the award in March, IAPA President Jorge Canahuati said Baron has shown "leadership and a sense of purpose in the ongoing search for truth and we consider him a universal classic of journalism."

In his acceptance speech, he recalled recent years working in the newsroom during the U.S. administration of Donald Trump, who frequently attacked the press as “fake news” or the “enemy of the people.”

“We now know that in the United States our democracy is more fragile than we imagined. We also know that our institutions are not as strong as we thought they were. We have come to recognize how vulnerable the independent press can be when subjected to ruthless and large-scale attacks,” Baron said. “For four years we had a leader in the United States who attacked us incessantly and with unlimited resentment. He started by marginalizing us, then he tried to delegitimize us and later he tried to dehumanize us. And finally, he tried to disqualify us as credible arbiters of information.”

The veteran journalist said the U.S. has an obligation to democracy and itself to stand firm in its principles.

“We also owe it to all of you who for decades have stood firm in the defense of democratic principles, including freedom of expression, and often seeking the moral support of the United States,” he said.

He also reflected on the past year, when journalists worked through a global pandemic, social protests, political polarization and deep mistrust of the media, as well as debate about what constitutes fact or truth.

“This is no time for silence or shyness. This is a moment of renewed determination on our part. We have to remind ourselves what it means to be a good journalist,” Baron said. “I believe that being a good journalist requires a soul and determination. Having a soul implies that we understand the fundamental mission of journalism which is the search for the truth – not only to understand it, but also to feel a deep commitment to figuring it out. And tenacity, because it requires us to have the willpower to resist the most ruthless attacks.”

Baron said that although he is no longer at The Post, he has “not retired from journalism.”

“I hope to remain a voice for the work you all do under immense pressure and at great risk,” the journalist said.

Prior to joining The Post in 2013, Baron was editor of The Boston Globe, and also held top editing positions at The New York Times, Los Angeles Times and Miami Herald. Newsrooms at these various publications won 17 Pulitzer Prizes while Baron was in editor positions. One of these was the Pulitzer Prize for Public Service that went to the Boston Globe after it convered patterns of sexual abuse in the Catholic Church.