The announcement of the ten Latin American journalism start-ups selected to receive $1.5 million in direct investment from the Velocidad program generated enthusiasm among the winners. In addition to the resources, the outlets will receive 1,600 consulting hours to generate new revenue streams, engage audiences and ultimately develop a more sustainable media business.

Among the winners was Paraguayan site El Surtidor, a media outlet created in 2016 to do investigative journalism with a strong graphic base. With a team of 15 people, including journalists, designers and administrative support, the outlet has won several international awards, including the prestigious Gabo Innovation Award 2018 for Los Desterrados del Chaco.

“For us, as a native digital media outlet that emerged in a scenario of high media concentration, it means an opportunity to have the human and technical resources to strengthen sustainability, strengthen our independence and contribute with innovation and with accurate and challenging information to the discussions that define the lives of thousands of young people in Paraguay,” Alejandro Valdez, director of El Surtidor, told the Knight Center. 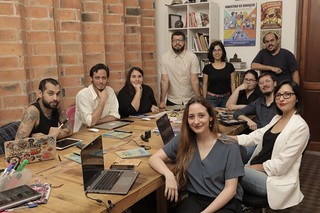 The team at El Surtidor (Courtesy)

After five years of operation, Ponte Jornalismo became a reference in Brazil in the coverage of human rights and public security, collecting scoops that contributed to correct injustices committed by the judicial system. The site has been seeking to consolidate its operation in a more sustainable manner to continue doing journalism of impact.

“Velocidad arrives at a crucial moment for Ponte: we are a site that fights for human rights and journalism at a time when journalists and human rights are being intensely attacked, and when Brazilian democracy, which has always been enjoyed by a privileged white minority, seems to shrink even further,” Fausto Salvatori, co-founder and editor of Ponte, told the Knight Center. “Our expectation, with Velocidad, is to broaden and qualify Ponte's dialogue with the public, so that our content can make more and more of a difference in the lives of more people.” 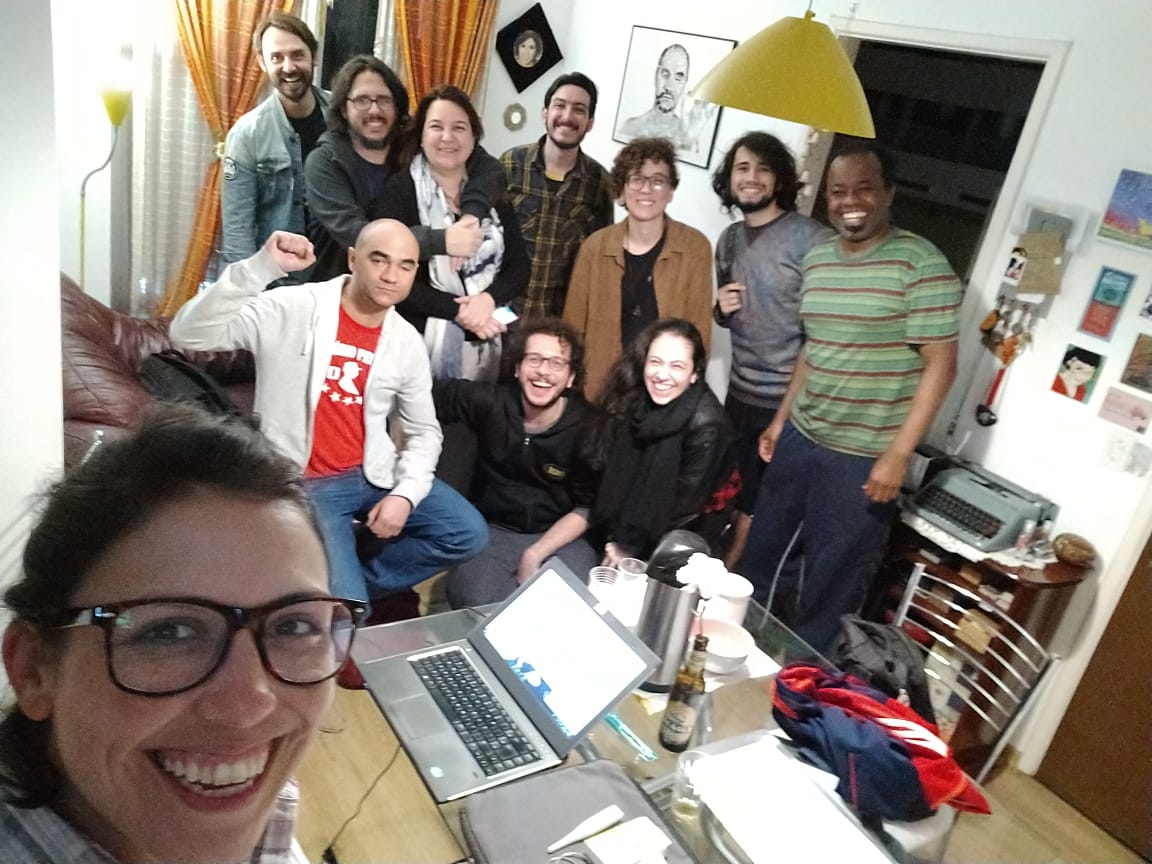 Argentina is the only country in the region in which two media outlets were selected. One of them is Red/Acción, founded in April 2018, which bets on a membership program that gives participants a voice in editorial decisions.

“In our search for a different journalism that builds value, we need help. We believe that in addition to the funds, Velocidad will accompany us in consulting, bringing the experience of other media in the region,” Chani Guyot, founder and director of Red/Acción, told the Knight Center. 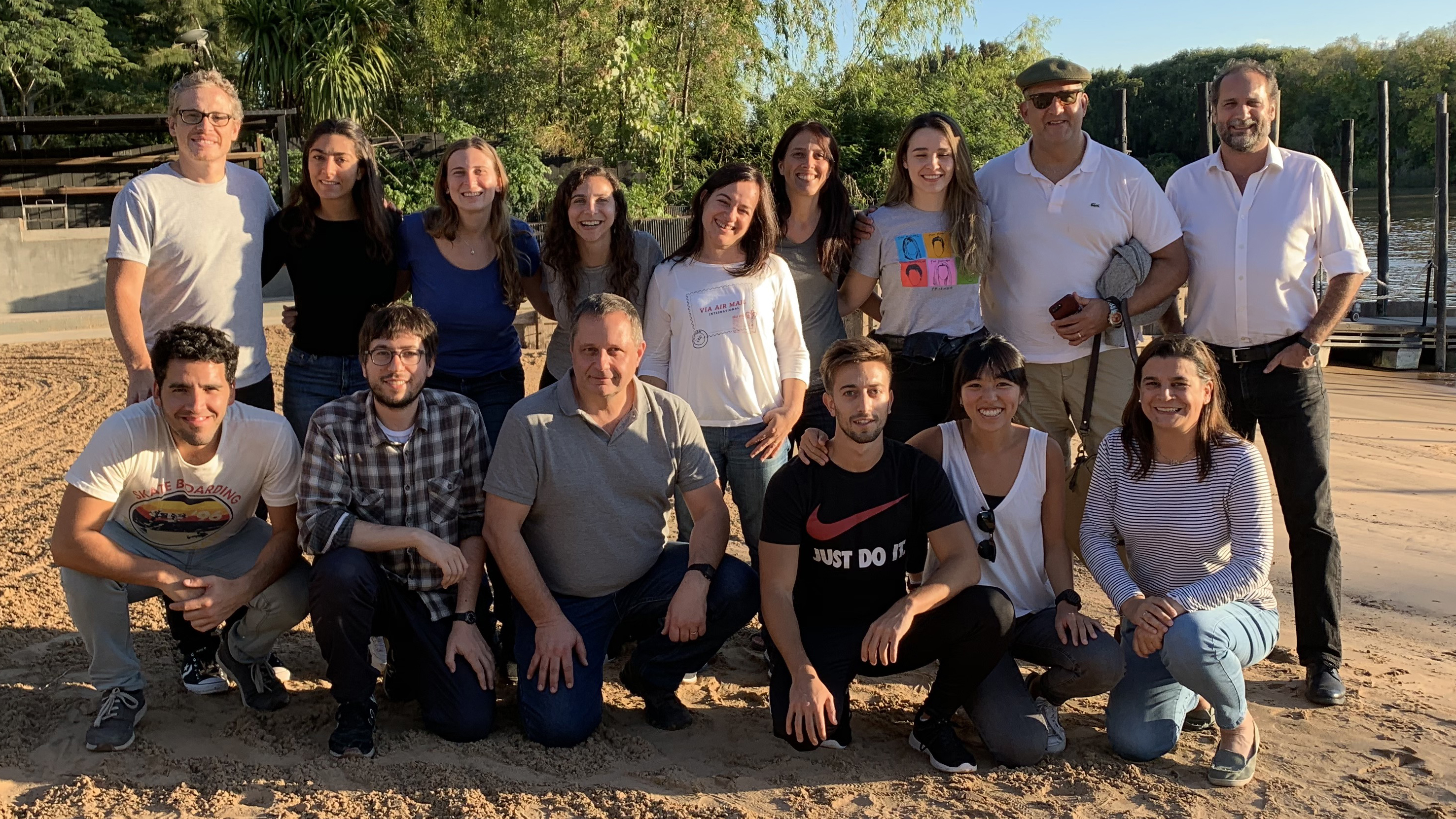 The team at Red/Acción (Courtesy)

The other Argentine on the list selected by Velocidad is Posta FM, a podcast network that has released more than 60 programs since it was launched in 2014.

“We consider this as the first step to do a lot of things that until recently were just projects. Having this support confirms that audio and podcasts are viable and vital elements in transmitting information, stories, ideas and knowledge,” Diego Dell’ Agostino, co-founder of Posta FM, told the Knight Center. “Sharing the line-up of winners with such recognized media outlets makes us feel (even more) proud of what we do and lets us see the possibility of growing as a media outlet in the region by force of content and investigations of quality that are relevant to the audience.”

The Mexican site Lado B of Puebla was born eight years ago to tell the stories of people who don’t usually appear in traditional media while keeping a critical eye on those in power. The site was born when a group of journalists who went on strike to demand better working conditions were fired from a Puebla newspaper.

“We are very excited [to win Velocidad], because in eight years we have tried various financing channels, some with more success than others, but all with the focus on strengthening the power of the audience, of the people who read us. As long as they recognize their power, free journalism also becomes strong," Mely Arellano, a reporter and editor at Lado B, told the Knight Center. "Latin American societies are at an important moment, raising their voices, promoting changes, the media we cannot be left behind, we must live up to the needs of our time.” 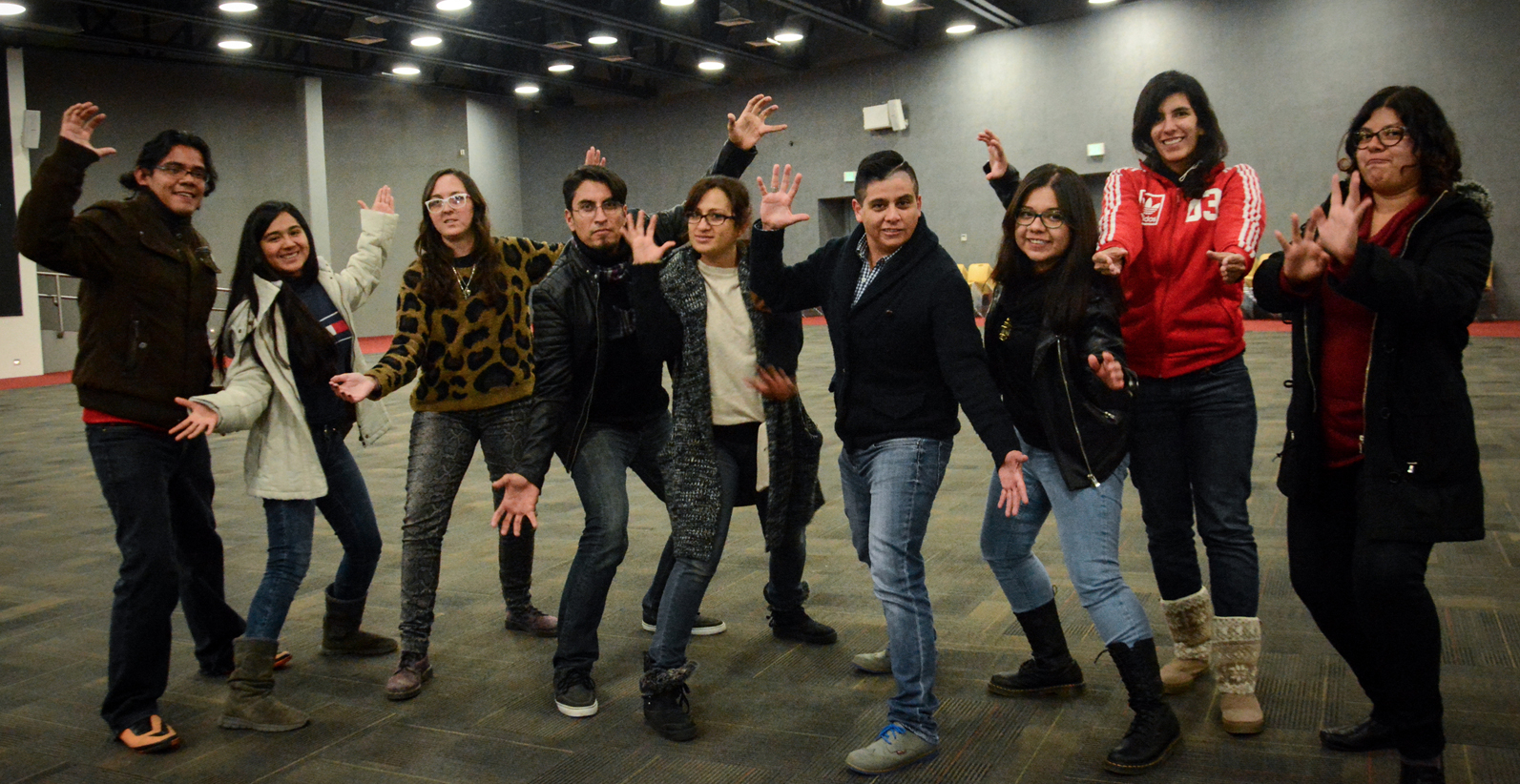 The team from Lado B (Courtesy)

The group's most veteran media outlet is Chile's CIPER (Center for Investigative Research), which was launched in 2007. Fund resources will be used to improve the management of the +CIPER community member model, which financially supports the activities of the website, and to look for new forms of funding and revenue.

Accessing this fund demonstrates the seriousness of our work. [...] Velocity's help will be used to develop innovative formulas to attract more members and advance the goal of becoming increasingly self-sustaining, which also underpins our editorial independence and strengthens the link with readers. We hope this announcement motivates more citizens to bet on CIPER and become our partners,” CIPER Director Pedro Ramírez said in a release posted to the site. 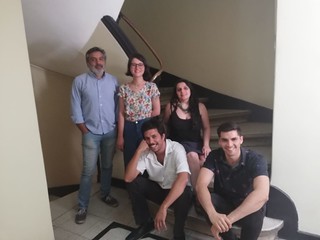 The team at Chile’s CIPER (Courtesy)

Also among the winners is Colombia's Cerosetenta magazine, created and maintained by the CEPER Journalism Studies Center and the College of Arts and Humanities at the Andes University in Bogota. The publication is fed by over 300 students of journalism and from other degrees such as biology, law and medicine.

For Cerosetenta, being winners of the injection and advising is a definitive way to strengthen the work of years in which we have sought to build bridges between the rigor of the academy's investigation and the narrative forms of journalism. We believe in rigorous, free and collaborative journalism. Our project seeks to help other media travel the path we have traveled,” Alejandro Gómez Dugand, director of Revista Cerosetenta, told Knight Center.

From Peru, the site of investigative and data journalism site Convoca was selected, which since 2014 has systematically investigated the political and corporate power networks that affect the lives of Peruvians. Journalist Milagros Salazar Herrera, director and founder of Convoca, told the Knight Center that they intend to enhance investigations and bet on a sustainable model, using audience data and innovation:

“With the accumulated learning of each investigation we identify processes that can be automated, basic crosses that allow us to identify the first findings in the sea of data that we obtain from institutions and our own sources to generate new knowledge from information of public interest. That is why we saw the need to develop our own tools to streamline these processes and apply for Velocidad,” she said.

Venezuelan site El Pitazo has correspondents in 24 states of the country and publishes up to five videos a day on its YouTube channel about the country's reality. Despite the difficulty faced by journalists in the country, the site was recognized in 2019 with the Ortega y Gasset prize, for “La Generación del Hambre” (the Hunger Generation) and the Gabo award in the innovation category.

“However, we still lack, in the face of the difficult circumstances facing the media in Venezuela, to achieve the sustainability of the El Pitazo project, that's why I see it as very valuable to be recognized by SembraMedia as one of the 10 Velocidad finalists and in that way walk the path for the strength of this venture,” César Batiz, director of the site, told the Knight Center.

“These investments come at a crucial time, when journalists across Latin America face overwhelming challenges, including economic and civic unrest, collapsing business models, and persistent censorship and attacks. Latin America continues to be one of the most dangerous regions in the world for journalists,” said the official release from Velocidad published by the International Center for Journalists (ICFJ) which developed the project with SembraMedia and the support of Luminate.