In Brazil, in 2019, the debate over press freedom is accompanied by the intensification of the political polarization that has taken place in the country since 2014, as well as the risks of this polarization for the exercise of journalism and, consequently, for democracy. 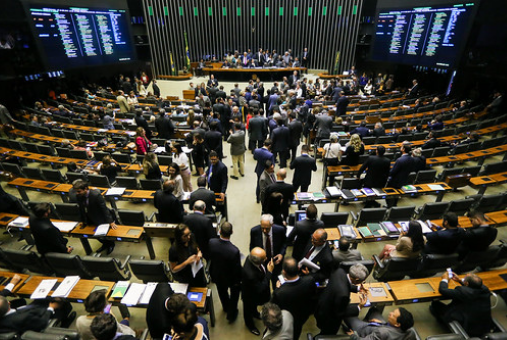 In Brazil, one of the ten countries with the highest rate of impunity in crimes against journalists worldwide, three bills underway in Congress propose to toughen the criminal treatment of perpetrators of violence against journalists and press professionals.

Attacks on journalists in Mexico are a symbol of a damaged democracy, says Carmen Aristegui

Carmen Aristegui, one of Mexico’s most well-known journalists, said her country “is experiencing a profound crisis in terms of human rights, including killings and disappearances of journalists and [other] people.”

O Globo, one of Brazil's leading newspapers, penned a historic editorial last Saturday Aug. 31 calling its support for the April 1, 1964 coup that deposed then President João Goulart "a mistake." O Globo, in reference to the June protests across the country that often brought up the newspaper's past relationship to the authoritarian regime, admitted “the hard truth” of its support and billed its change of heart as a response to the “clamor from the street.”

The Supreme Court in Colombia absolved journalist Luis Agustín González on Tuesday, who had been sentenced to prison for the crime of defamation.

The majority of news outlets in Brazil stay away from the topic of racism, even though they regularly deal with the issue of racial inequality, according to a study conducted by the Institute of Socioeconomic Studies (Inesc) and Andi, a not-for-profit media watchdog.