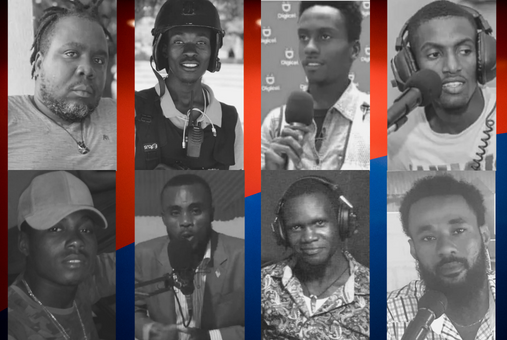 The dean of the Venezuelan press will be able to circulate its printed version for approximately three more weeks, starting this Thursday, Jan. 12. However, for the owners of the newspaper and its more than 180 workers, the uncertainty remains as to whether Ceam will authorize them to buy another batch of newsprint that will allow them to continue producing and publishing their print edition without interruption.

Brazilian newspapers have broken audience records and digital subscriptions have increased. Why are they still in crisis?

After the implementation of paywalls, Brazilian newspapers had a significant increase in paid digital circulation and audience. From 2014 to 2015, digital subscriptions increased by an average of 27 percent, according to the Instituto Verificador de Comunicação (IVC).

Public media in Latin America have a tradition of serving the government of the day rather than the citizens, and therefore, have gained low ratings and little credibility.

Venezuela’s oldest daily newspaper, El Impulso, is the latest publication to narrowly avert a shutdown amid an ongoing newsprint (paper) shortage that has affected nearly 40 newspapers and magazines across the country over the past year.

Venezuelan newspaper El Universal declared itself in a state of emergency on Monday May 5 due to a lack of newsprint, saying their current inventory would allow them to publish for two more weeks at the most, according to a statement by the paper. El Universal will need to cut down its print edition to two sections of eight pages each, with the rest of the content published online.

Following the closure of a dozen Venezuelan newspapers due to the country’s paper shortage crisis, hundreds of journalists and journalism students marched down the streets of Caracas on Jan. 28 calling the government to sell foreign currencies to print media outlets so they can purchase much-needed newsprint. The journalists said they will continue to protest until the government resolves the situation, newspaper El Nacional reported.

Since 2003, a currency exchange system in Venezuela has prevented businesses from importing certain products without first purchasing foreign currencies provided by the state. In 2012, newsprint, which is not produced in the country, was listed as not being a priority item, forcing newspapers to file requests with the government for foreign currencies in order to import it.

In a public display of derision against private media that has become habitual, Ecuadorian President Rafael Correa again ripped apart the editions of a handful of local newspapers during one of his recent televised national addresses known as "cadenas." This time Correa also warned three publications that they could face sanctions under the country's Communications Law, under which they are required to "publish public interest articles," non-profit Fundamedios reported.

Journalists in Argentina call for an end to five years of political pressures, internal struggles

Journalists in Argentina had plenty to say last week about their sour relationship with the country's political leaders -- and the problems that threaten the profession from within.