12 media outlets closed their doors in Brazil in 2021

This article was originally published by Portal Comunique-se in Portuguese and has been translated to English and republished here with permission.

On average, one media outlet was discontinued per month in Brazil this past year. Altogether, 12 outlets ended their journeys in the country's press throughout 2021, according to a survey carried out by Portal Comunique-se. The closures reached all types of media, from print (newspapers and magazines) to online, as well as radio stations and television channels.

The first casualty in the Brazilian press in 2021 took place in February. On the occasion, Diário do Nordeste brought its last print edition to newsstands, reported Portal dos Jornalistas. Without the print newspaper, which circulated for 139 years, the news outlet remains active, but only with a digital presence through a daily news portal.

February was also the month when a radio station came to an end. That's because the station then called 94 FM said goodbye to Rio de Janeiro’s radio waves. The reason? The public station, linked to the state government of Rio de Janeiro, recovered its historical name —which had been abandoned by previous administrations in 2017— and was officially renamed Roquette Pinto (a reference to Edgard Roquette-Pinto, considered the father of Brazilian broadcasting). 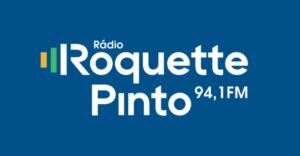 While news outlets were closed, Roquette Pinto returned to the air due to the end of the 94 FM brand. (Courtesy image)

In March and April, local print newspapers said goodbye to their readers. First, the newspaper Jornal A Cidade, from Santa Maria, in Rio Grande do Sul, was published for the last time on a symbolic date: March 17, the day it completed its 23 year history. Weeks later, the 100 year-old Jornal do Commercio (JC), from Recife, Pernambuco, gave up its print edition and started focusing only on its online edition.

In May, the wave of closures of Brazilian media outlets reached television. The TV channel Loading, which had completed six months on the air, fired the entire team and started to survive only on reruns and imported shows. The station remained on the air in this format, without its own production, until the end of November, when it went off the air permanently, giving way to the programming of the World Church of God's Power (Igreja Mundial do Poder de Deus), according to Observatório da TV.

The largest media conglomerate in Brazil, Grupo Globo, did not leave 2021 unharmed in the matter of discontinued outlets. In May, the Marinho family company announced the end of Época magazine as an independent newsroom. The magazine ended its weekly print version and shut down its website. The brand did not end completely because it now appears as a mere section of the O Globo newspaper. Brazil’s President, Jair Bolsonaro, celebrated the end of the magazine.

Época is not the only magazine on the list of discontinued media outlets in the country in 2021. Edited by the Postgraduate Program in Performing Arts of the School of Communications and Arts of the University of São Paulo (ECA-USP), the magazine Sala Preta was closed after its 20-year history. The publication, which focused on scientific and artistic subjects, ran its last edition on Dec. 2020, but its end was only confirmed in June of this year.

August, in turn, marked the closure of yet another local print newspaper. The managers of Folha da Região, from Araçatuba (SP), announced that they would take “a step towards the future.” Without euphemisms, the move meant a 100 percent focus of the company's operation is on digital and, consequently, signified the end of the print edition.

In October, a digital native project joined the closures team. Amid accusations against one of its founders, Allan dos Santos, who had his arrest warrant decreed by Brazil’s Supreme Court for allegedly disseminating false news and acting in an alleged criminal organization, Terça Livre ended its run. Italo Lorenzon announced the farewell.

After 62 years circulating among subscribers and newsstands spread across São Luís and other cities in Maranhão, the newspaper O Estado do Maranhão was another one to migrate to the internet for good. The last print edition of the title -controlled by the family of former president José Sarney- ran on Oct. 23. The headline chosen for the final chapter was suggestive: “Role fulfilled…”.

2021 also marked the end of a media outlet based in São Paulo and maintained by a 100 year-old company. Belonging to Grupo Folha, the newspaper Agora ended its 22-year run in November. It left the newsstands (print) and stopped publishing new news online (its website is still online, but has no updates).

Traditionally marked by the end of the year festivities, December was not a celebration for the El País Brasil team. Grupo Prisa, from Spain, summarily announced the end of the news outlet in Portuguese (which was limited to the Brazilian version, which had an active internet portal since 2013). The last piece of news -precisely the announcement about the closure- was published 11 days before Christmas.