‘A country where everything you say can be used against you.’ Venezuelan journalists fight against the new survival mechanism: self-censorship

Venezuelan journalists have had to find a way to reinvent themselves between censorship, threats, misinformation and media sanctions.

"Today, there is not a single large open national media outlet that has editorial freedom," said Fabiola Colmenares, content director of the digital channel VPItv. 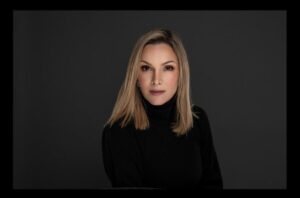 Venezolanos por la Información TV, best known as VPItv is a Venezuelan online television channel founded in 2015 by Leonardo Trechi, Freddy Wetter and Fabiola Colmenares. "It arose from the circumstances," Colmenares said. Many Venezuelan media outlets have migrated to the digital world to battle on the front line against censorship in Venezuela.

It is a daily fight against a regime that always finds a way to place obstacles for those trying to tell the truth. Independent digital media outlets are victims of blockages by the country's internet providers. Recently El Nacional, one of the leading Venezuelan newspapers, was added to the list of blocked newspapers on the web.

The battle hasn't been easy. Not even for VPITv, which, despite it being an American-based company that follows YouTube and digital media guidelines, has experienced the regime's attacks.  "In January 2021, they showed us that we are vulnerable, they tore us apart, they took away all our equipment, and of those 200 employees we had, it was reduced by half," Colmenares said. "Those who stay are the ones who bravely keep reporting [from Venezuela]."

Colmenares describes journalism as one of Venezuela's most dangerous and difficult professions to practice. Not only because of regime threats and attacks, but it has brought to life a second enemy to the profession: self-censorship.

"It is very difficult not to censor yourself, not because of you, but because of the news outlet in which you work and because of being very careful about what you say," VPItv reporter Andreina Ramos said.

Ramos, who has many years of working in the field, says the pressure exerted by the government on the media increases as the years go by. Swallowing tear gas in protests, confrontations with paramilitary groups and the national guard, stolen material and work equipment and threats from the regime are some of the challenges reporters face in the country.

Ramos has faced many of these challenges. While covering an event of Interim Venezuelan President Juan Guaidó in 2020, an attack against Guaidó went viral. 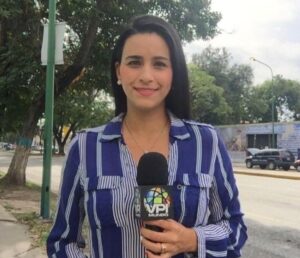 After the event, Diosdado Cabello, a current congressman and former president of the National Assembly of Venezuela, showed a picture of Ramos on his TV program, Con el Mazo Dando, calling her a terrorist.

"This caused the alarms to go off with VPItv, and they decided to lock me up for protection because something could have happened to me. I was locked up from Feb. 20 until the pandemic started," Ramos said. Now, she is part of a group of journalists receiving protection from the Inter-American Court of Human Rights.

None of these challenges have stopped Ramos because she wants to keep fighting against censorship in Venezuela. In addition to all the obstacles faced when trying to bring truth to light, Ramos says two of the hardest things as a Venezuelan journalist are to have objective opinions and to not fall into self-censorship.

"It is very difficult not to express your opinion about something. Because far from being a journalist, you are also Venezuelan and human being who feels the same calamities that are happening in the communities you are denouncing," Ramos says. "To bring both sides of the story and be objective, I always try to find the official version."

The problem with being an objective reporter in Venezuela is that finding an official version of stories or getting an interview with someone from the regime can be impossible. This is one of the many reasons why self-censorship among reporters has increased.

Self-censorship has become a survival mechanism for journalism in Venezuela. The regime has created a dominant sentiment to silence the truth. With fear of blunt decisions that can leave them out in the street, many journalists have decided to choose their battles against the regime and report what they can. The decision to stop reporting on specific topics happens because of the closure of official sources, fear of aggression in the streets and threats toward journalists.

Ramos says she tries to battle against this new enemy by relying on the info-ciudadanos, “community leaders who focus on helping journalists by facilitating the news when a journalist cannot access it,” Ramos said. As well as finding a way to turn the story around and tell it subtly, since everything you say can be used against you.

“Objectivity for me is not real,” Colmenares said. “Obviously, all of us who work at VPITv are opposed to the Nicolas Maduro regime. But, reporting live has become a strength for us. It has helped us ensure that such a fine line is never crossed. Reality cannot be edited.”

Reporting live gives an advantage to VPITv because, as Ramos says, “We have first-hand information. We transmit to the world what is happening in real-time.” The problem comes when there is no internet, signal or electricity to report live.

“We have to have a lot of nerve to be able to report… a lot of patience, and we are constant with our work,” Ramos said when talking about how she faces the daily challenges she has as a reporter.

“A journalist in Venezuela is a warrior. We live in a communication war. The Venezuelan journalist is making history,” Ramos said.

Even though she knows she is putting her life at risk, Ramos said she is deciding to keep battling. “We do it because we are in love with our career, because what we are living through is a passion and because we want to be part of the change,” Ramos said.

* This story was produced as an assignment for the class “Journalism and Press Freedom in Latin America,” at the University of Texas at Austin School of Journalism and Media.

Camila Llorente was born in Caracas, Venezuela. She is a bilingual Journalism and Theatre and Dance student with a minor in US Latino and Latin American Media Studies at the University of Texas at Austin. Camila is passionate about reporting about her region – Latin America, the entertainment industry, the performing arts, and the power of storytelling through artistic fields.