After a four-year legal battle and the threat of deportation, Salvadoran journalist Manuel Durán wins asylum case in the US

Salvadoran journalist Manuel Durán can finally rest easy. After four years of uncertainty and a legal battle, he was granted asylum in the United States on March 23 in an immigration court in Memphis, Tennessee.

Judge David Russo ruled that the First Amendment is one of the most cherished rights in the country and thanked Durán for his courage in reporting on corruption, according to the journalist's legal team. The asylum granted opens the way for Durán to obtain legal residency in the United States. 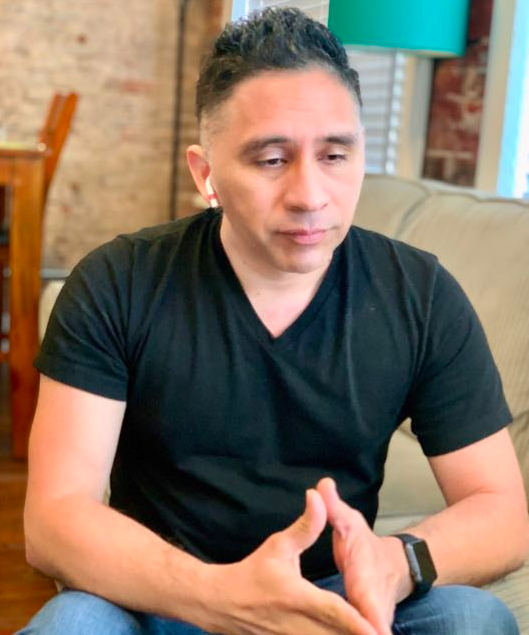 Journalist Manuel Durán does not rule out that the legal process against him had political reasons. (Photo: Courtesy)

“I am very excited because I know that many things are going to change for the better and I am going to achieve what I have always wanted, which is to focus on journalistic work, to be able to help my Hispanic community here in Memphis,” Durán said in a telephone interview with LatAm Journalism Review (LJR). "I think it’s going to be feasible, I’ll have the freedom to do the work that really excites me, which is to report, to do it with more precision, more safety and more courage than I’ve done so far."

Durán's lawyers said that although the journalist was fortunate to have his case evaluated by a judge who found his case fell within the boundaries of asylum, Durán also counted on a team of lawyers and a circle of supporters to whom not all asylum seekers have access.

“These courts are all different in terms of hostility towards respondents, and in terms of the narrowness with which the judges view asylum,” lawyer Gracie Willis told LJR. She is part of the legal team of the Southern Poverty Law Center (SPLC), which represented Durán before the courts. “We were very fortunate in this case with the judge articulating Manuel’s situation, somebody who speaks politically and is prosecuted because of that, that falls right in the heart of asylum.”

The support received by national and international organizations for the defense of journalists and freedom of expression played a key role in the resolution of Durán's case, according to his lawyer. Organizations such as the National Association of Hispanic Journalists, Reporters Without Borders, the Associated Press Media Editors, the National Hispanic Media Coalition and PEN America filed amicus curiae petitions in support of Durán during the legal process.

“Those words in that brief, those were powerful. It was powerful to show international solidarity and concern to boost what Manuel's testimony was about, his very real experience and his very real fear,” Willis said.

Durán's lawyers hope this case will serve to set a precedent for future asylum applications for journalists seeking protection. Also, to point out the need to reform the immigration courts so that it is not exceptional for cases like the journalist’s to have a good outcome.

“There are journalists who have been denied [asylum], there are activists that have been denied, but there are also journalists and activists who won in the past and we were able to point to those cases and say, look, this has been done before,” Willis said. “And, hopefully, Manuel’s name can be added to that list of success stories that other people can point to in their own asylum cases and that can be only creating a greater incentive or a greater pressure to take these sorts of cases seriously.

Although the case against Durán had to do with his immigration status, the journalist believes that his arrest and subsequent threat of deportation were related to his reporting on corruption cases in El Salvador and his coverage of some actions by the Memphis authorities.

The journalist reported that a source close to the government of former El Salvador President Salvador Sánchez Cerén told him personally that there had been a communication between said administration and United States authorities with the aim of looking into his immigration status.

Durán, who came to the United States in 2006, was arrested on April 3, 2018, on charges of disorderly conduct and blocking a major road while covering a protest in Memphis. Although the charges were dropped two days later, he was detained by Immigration and Customs Enforcement (ICE) officials upon leaving the Shelby County jail, because of his legal status.

"That fact caught my attention, and later I related it to the way they arrested me," Durán said. “How is it possible that a group of policemen who are in charge of arresting gang members arrested me? I was not a gang member, I do not belong to any gang. [...] I think that it did have a lot to do with [my journalistic work], it was not only about migratory procedures. I am sure this whole situation had political overtones."

Durán's arrest was allegedly due to the fact that he had published content critical of the Memphis Police Department and that a member of the Department had even asked him via text message to remove critical stories from the Internet and meet with a high command official of the corps, his lawyers said then.

Durán spent a year in different detention centers in Louisiana and Alabama on the grounds that he had a pending deportation order issued in 2007 for failing to appear for a court hearing. He was released in July 2019 after posting a $2,000 bail.

The 11th Circuit Court of Appeals in Atlanta then granted him an indefinite protection from deportation order while his case was being heard. The SPLC then requested asylum for Durán, arguing that the situation for journalists had worsened in his country of origin and that he would be at-risk if he returned.

“I always dreamed of doing journalism in my country. Unfortunately, this was not possible due to the hostility of the governments that run the country, how corrupt the system has been. Now I have to do it from here, and I do it with great pleasure. I am pleased and I will continue to do so,” Durán said. He added that he plans to continue his work heading the Memphis Noticias news outlet, in addition to continuing to collaborate with media such as Telemundo and CNN.

In solidarity with colleagues from Mexico and Central America

Manuel Durán showed solidarity and support for Mexican journalists who face a wave of violence that has left at least nine colleagues murdered so far in 2022, and who face lynching campaigns against the press generated mainly by the hostile discourse of Mexico’s president.

“This administration of President Andrés Manuel López Obrador does absolutely nothing to offer guarantees to journalists in Mexico. I'm very sorry, it hurts my soul that this is happening, because as I said, no journalist should be afraid of doing his job. Because we are informing, we are contributing to democracy so that countries are better, so that communities are better,” he said.

Regarding his own country, Durán believes the hostile conditions towards journalists have only worsened under the administration of Nayib Bukele. In 2021, it was revealed that dozens of journalists in El Salvador had been subjected to digital espionage allegedly using public resources.

In addition, also in 2021, the Bukele government promoted the Foreign Agents Law, regarded as a mechanism of financial espionage and intimidation against civil organizations and media outlets that receive financing or donations from abroad.

"I also join the sentiment of journalists throughout Central America, where it is difficult to do journalistic work," Durán said. “I am in solidarity with all the journalists who do the work despite being afraid, despite being in danger.”