Partnerships, safety plans and transparency are some basic elements for covering the Amazon, say expert journalists

As global concern over climate change has grown, the world's media have turned with increasing interest to the Amazon, considered by many to be the epicenter of global warming.

However, after British journalist Dom Phillips and Brazilian indigenist Bruno Pereira went missing while covering the rainforest in June of this year and were found dead days later, the dangers of covering the Amazon for members of the press have come to the forefront of the discussion.

Like Phillips and Pereira, around 60 Indigenous leaders and villagers were killed between 2016 and 2021 in the Amazon region of Brazil, Colombia, Ecuador and Peru, according to environmental news outlet Mongabay. According to the site, it is believed that, in most cases, the possible perpetrators of such murders are members of groups engaged in illicit activities such as drug trafficking or illegal mining and logging.

Despite the circumstances, journalistic coverage in the Amazon has continued and strengthened in recent years thanks to multiple factors, including collaborative journalism, initiatives of non-governmental organizations and methodologies with new technologies.

When asked by LatAm Journalism Review (LJR), five journalists with experience covering conflict in the Amazon shared some basic measures and tips for successful and safe coverage of this natural region in South America.

1. Design a detailed plan of action

Before setting foot in Amazonian territory, journalists who are going to carry out an investigation must have an established plan as a road map, detailing exactly what they want to achieve and how they are going to get there.

According to journalists who have covered the territory, it is essential to do previous research and identify sources in advance. It is also advisable to consult people who know the territory best, such as environmentalists, scientists, Amazonian community journalists or non-profit organizations, among others. 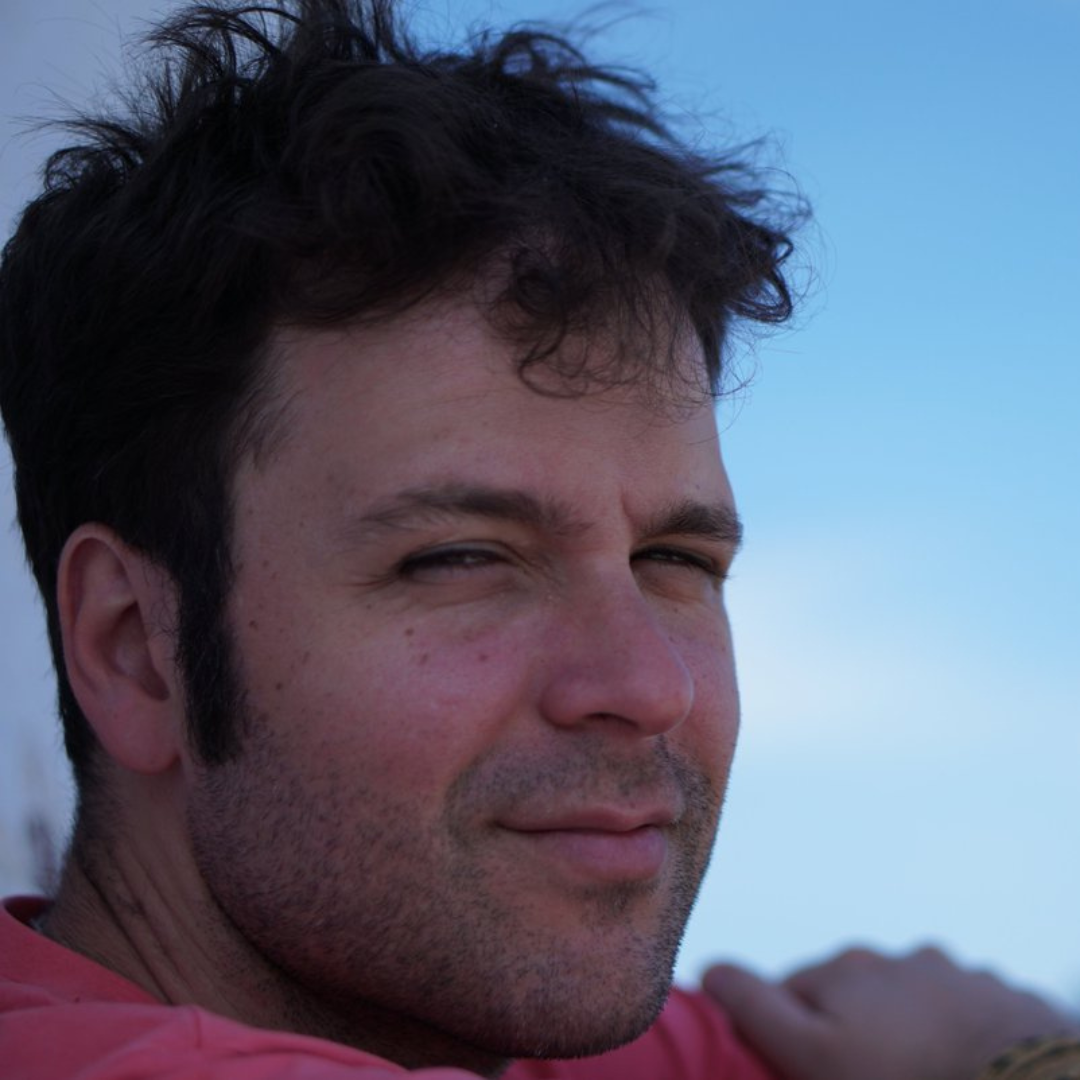 InfoAmazonia co-founder Gustavo Faleiros said that detailed planning is essential before going out into the field. (Photo: Twitter)

"Each situation needs super detailed planning. It's almost making a story before the story. I’d say that is the beginning: never go out like I'm going out there and let’s see what happens,'" Gustavo Faleiros, co-founder of the geojournalism and data journalism news outlet InfoAmazonia, from Brazil, told LJR. “Long before you go out into the field, a lot of attention and planning is essential, because situations are always changing.”

From the design of this initial approach, journalists must be aware that conflicts within the Amazon are complex and call for sufficient context for readers to understand them in their proper dimension. Therefore, reporters must understand that their approach to Amazonian phenomena cannot be the same as with other coverage, even in other natural regions, according to Colombian journalist César Molinares.

The search mechanisms to locate Dom Phillips and Bruno Pereira were activated when the pair did not report their arrival to the city of Atalaia do Norte, Brazil, where they should have arrived on Sunday morning when they were reported missing.

For this reason, it is essential that any journalist planning to go into the Amazon establish detailed communication protocols with his or her team in the newsroom. 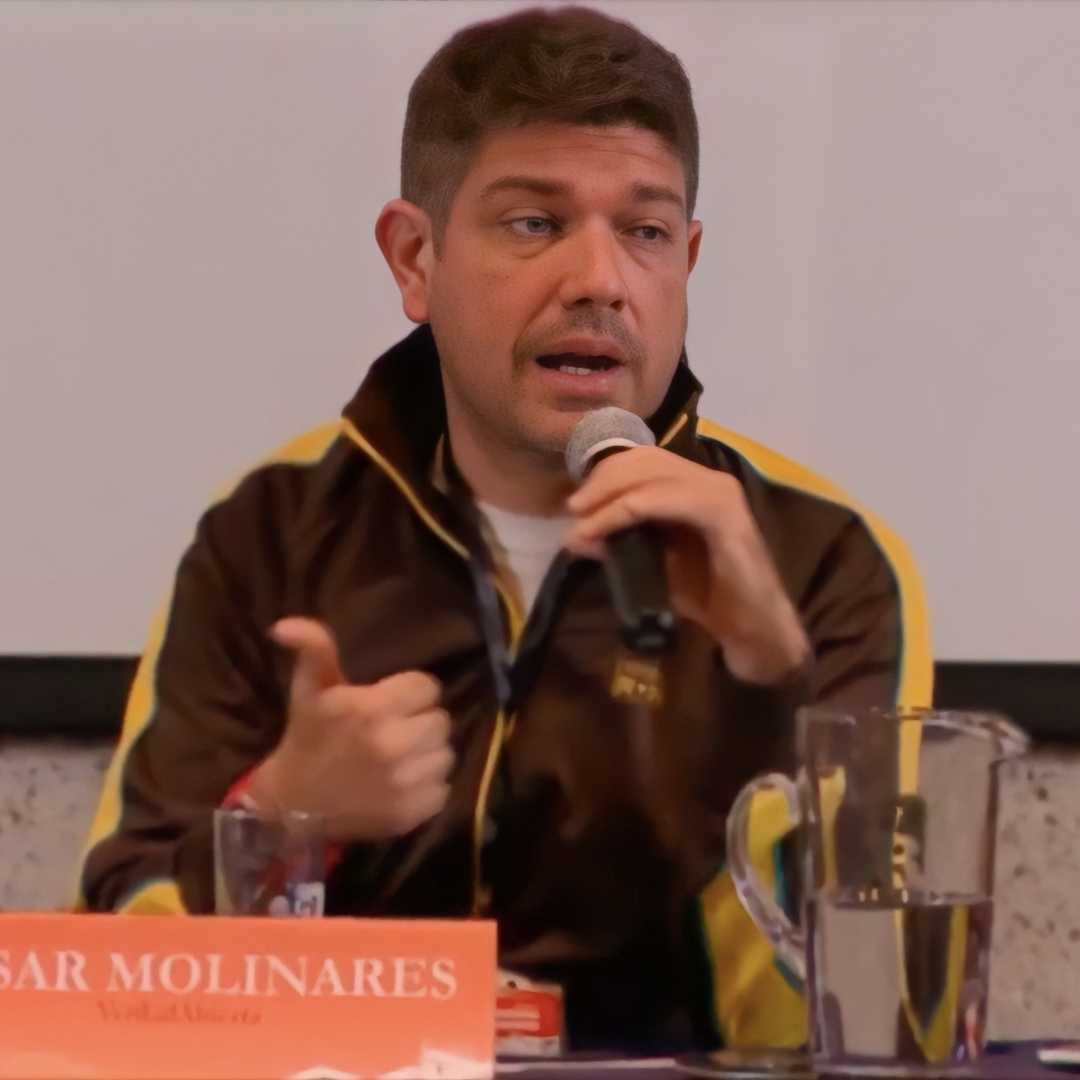 Journalist César Molinares believes that a different approach should be taken when covering the Amazon. (Photo: taken from a YouTube livestream)

"What we need is training [...] in how to maintain communication and how to respond to emergency situations in all field investigations that include travel to sites that involve some risk. Communication protocols must be very clear and have a very clear response in case of arrest or disappearance," Faleiros said.

Molinares agrees that, long before going out into the field, it should be clearly established who in the newsroom will follow up with the coverage, who will serve as emergency contact and who should be ready to respond in case of any contingency.

Likewise, communication protocols should include who the reporter should contact in case of an emergency in the field, as well as who are the local authorities that can support him or her.

"One has to have a security protocol, report every time you get somewhere, call a contact and say 'I got to such-and-such a place,'" Molinares said.

Concentrated investigative efforts among two or more media outlets, or among news outlets and non-profit organizations, help to deepen stories and amplify their reach and dissemination. But in the case of the Amazon region, collaborative journalism is a factor that also adds up in terms of security and disseminating the right messages.

"Alliances are something that facilitate feature stories, that deepen them. If I want to understand what mining is like in Venezuela, it is much simpler for me to get in touch [with local journalists] to collaborate, than to try to read documents by myself and try to understand everything from the beginning," Brazilian freelance journalist Hyury Potter told LJR.

The journalist has conducted research on the Amazon region with support from the Pulitzer Center's Rainforest Investigations Network (RIN) and in partnership with organizations such as the U.S.-based Earthrise Media, which is dedicated to developing artificial intelligence, machine learning and design initiatives to combat climate change.

In the case of the safety of journalists covering the Amazon, alliances are an important factor when the team is joined by local media. 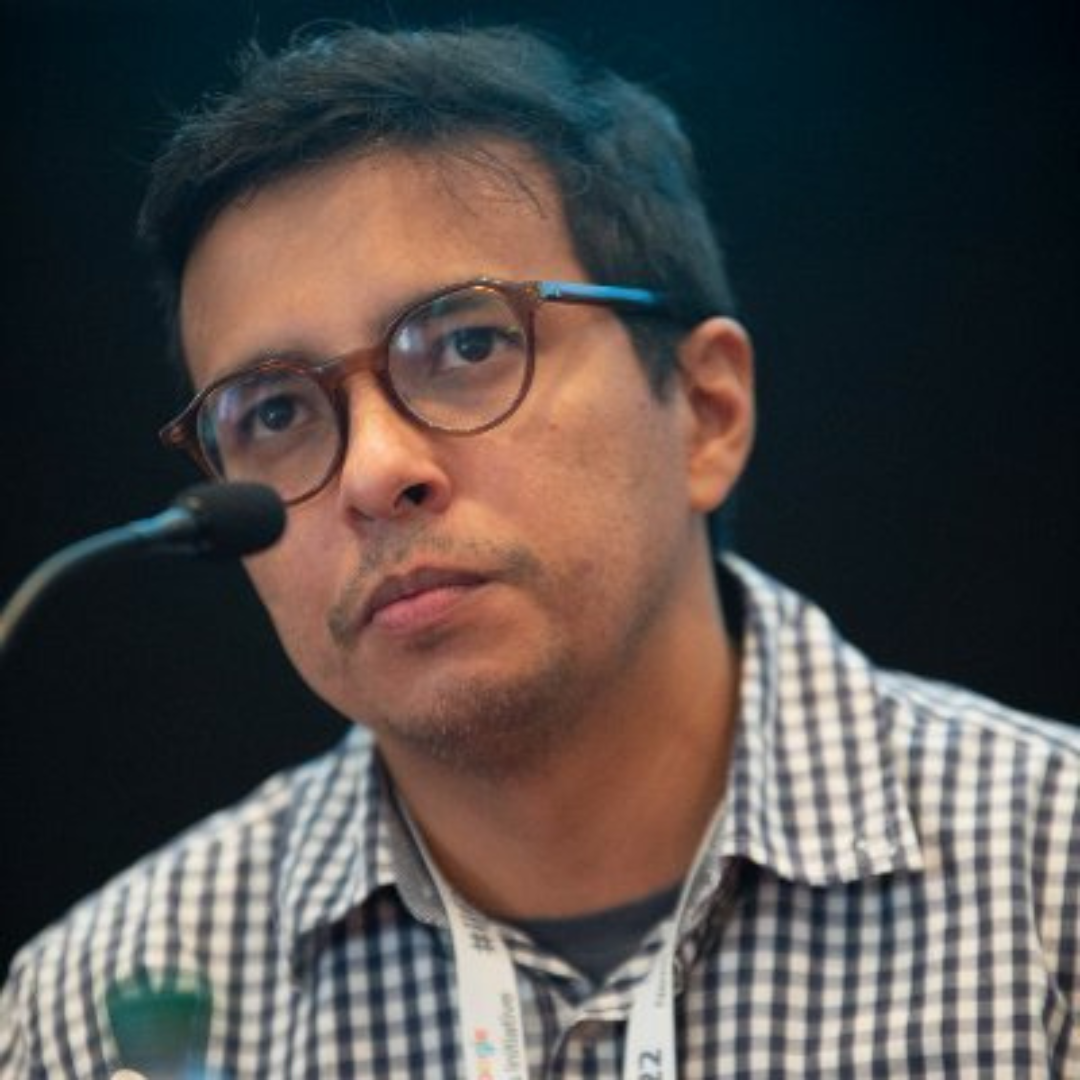 Journalist Hyury Potter, a native of the Brazilian Amazon, has done investigative reporting in partnership with the Pulitzer Center. (Photo: Twitter)

International media interest in the Amazon has been growing since the 2007 United Nations Climate Change Conference in Bali, Indonesia, formally placed deforestation on the global climate agenda, according to a study by scientist Anne R. Kapuscinski, editor-in-chief of the journal Elementa: Science of the Anthropocene at the University of California, Santa Cruz.

For these foreign journalists, it is essential to collaborate with local colleagues to learn about the context of the rainforest, to eliminate biases and prejudices, and to convey the right messages and avoid reproducing stereotypes, Potter said.

"It is important when people from the Amazon tell the stories of the Amazon because we have a different vision, a different way of telling stories, without preconceptions," Potter, who is originally from Belém, the capital of the Brazilian state of Pará and one of the entry points to the Amazon rainforest, said. "Another way would be for the journalist to live in the Amazon for months, but it’s difficult for this to happen and is very expensive. So [...] I think the most practical way is to get in contact with local journalists and try to make alliances."

Identifying oneself as a journalist in the Amazon can be dangerous, as criminal groups operating in the jungle and some authorities tend to consider the press as enemies, according to Faleiros. The same is true for environmentalists and human rights defenders whose agendas are considered contrary to the interests of these groups, so they feel entitled to attack them.

Nevertheless, it is advisable for reporters covering the jungle to act with total transparency in their interaction with the communities and groups that live there, the journalists agree.

"I would never advise someone to create some kind of lie or disguise to do an investigation," Faleiros said. "That's not the way to do it, you always have to be quite clear when investigating, to say 'I am a journalist'. This above all in any situation."

"I am very much against hidden cameras or going out there without saying who you are," Molinares said on his part. "One has to say it in these areas." 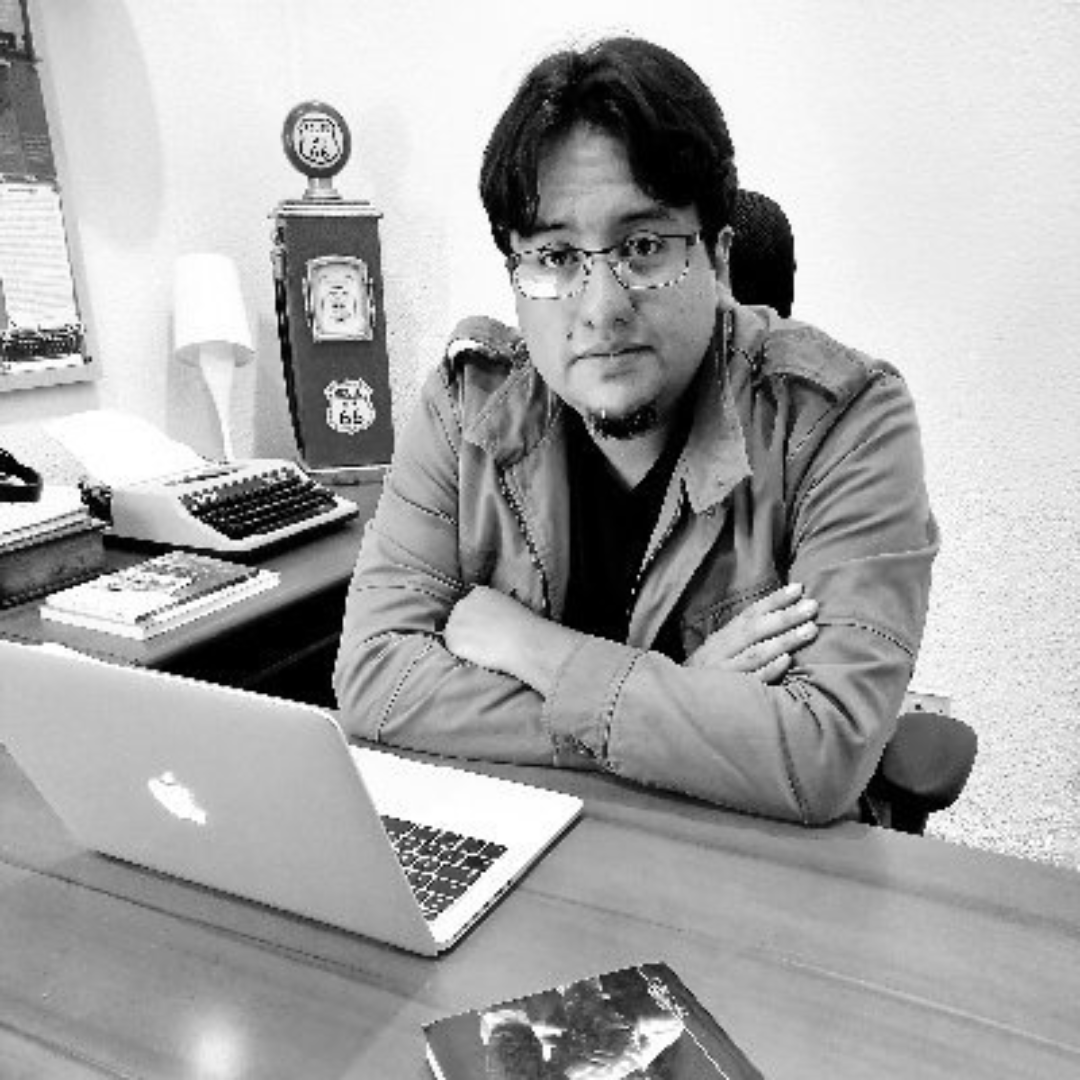 Presenting oneself as a member of the press is part of gaining the trust of Amazonian inhabitants and sources on the ground, which can be a challenge because outside media are not part of the reality of several of these communities.

The support of fixers or community journalists often facilitates access to communities that live in more remote parts of the jungle. In addition, they can serve as facilitators in the process of gaining the trust of the locals, Molinares said. This year, the Colombian journalist carried out investigations such as "The cattle siege of the Amazon" and "The deforestation behind the meat we eat in Bogota" for the independent media 360-grados.co.

5. Putting the spotlight on disinformation

In April this year, Facebook revealed that two Brazilian army officers were responsible for spreading false information about deforestation in the rainforest and attacking legitimate organizations coming from the profile of an alleged environmental NGO.

In 2019, a series of images of alleged forest fires in the Amazon went viral after being shared by politicians and celebrities from several countries, in an attempt to raise awareness about the climate crisis. It was later found that these images did not correspond to the Amazon rainforest or had been taken several years earlier.

As an inhospitable territory where unexplored regions still exist, the Amazon is fertile ground for fake news. Therefore, journalists wishing to cover this territory should avoid as much as possible contributing to the dissemination of such disinformation. 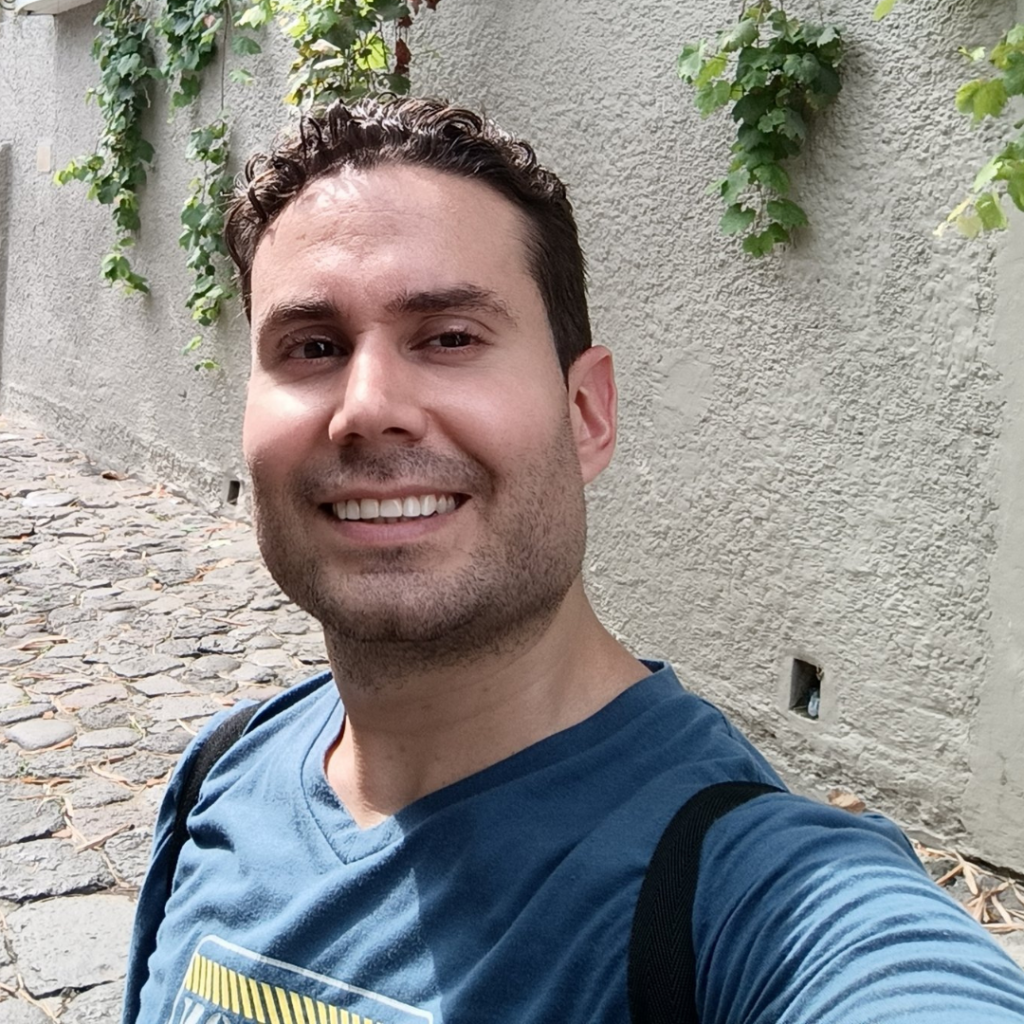 "There are still people who are climate change deniers, there are still people who don't pay the attention they should to the Amazon, so it really could be a focus of disinformation," Alexis Serrano, editor of the fact-checking site Ecuador Chequea, part of the organization Fundamedios, told LJR. "We journalists must put much more of a magnifying glass on that region [...]. The more containment walls against disinformation that can be established, the better. And we always tell our users: 'don't be one more link in the [disinformation] chain.'"

The best way for journalists to avoid falling into nets of misinformation about the Amazon is to study the subject in depth, acquaint themselves and consult varied and specialized sources on the subject, Colombian journalist Antonio Paz, editor of Mongabay, said.

"Unlike other topics, where several disciplines can speak with a lot of command on the same subject, in environmental and scientific issues you have to be very specific," Paz told LJR, "I wish there were a magic formula, but in this case when we talk about these issues it is necessary to prepare oneself very well and study the topics you are going to talk about. Because if you don’t, you can fall into disinformation even without having that goal in mind as a journalist."