The disappearance and murder of British journalist Dom Phillips and Brazilian Indigenous affairs expert Bruno Pereira on June 5 have drawn national and international attention to the Amazon region, where the borders between Brazil, Peru and Colombia meet. On the Brazilian side, the absence of the State and a strong presence of organized crime inhibit local journalists from reporting on illegal activities, as experts and journalists from the region told LatAm Journalism Review (LJR).

The variety of illegal activities present in the region — such as drug and arms trafficking, mining, timber theft, and predatory hunting and fishing — make it a complex area and a minefield for journalists, Emmanuel Colombié, director for Latin America at Reporters Without Borders (RSF), told LJR. For him, it is "a region that is totally beyond the control of the State, and this loss of control has been accelerated by the arrival of Jair Bolsonaro" as Brazil’s president. 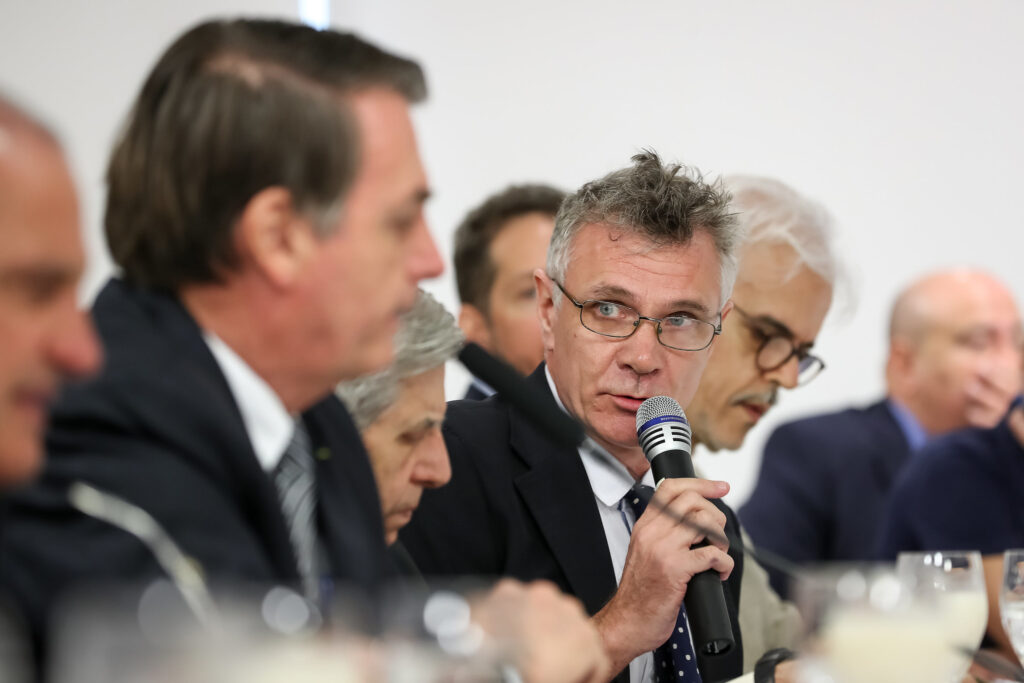 Phillips had been living in Brazil for 15 years, working as a correspondent for newspapers such as The Guardian and Washington Post. He specialized in covering the environmental agenda and the Amazon region. He traveled to Atalaia do Norte, a town on the border between Brazil, Peru and Colombia, with Bruno Pereira, a Brazilian Indigenous affairs expert, to report for a book he was writing on sustainable development in the Amazon. Pereira worked for the state agency National Indian Foundation (FUNAI, by its Portuguese acronym) and was a recognized expert dedicated to protecting isolated peoples in the Vale do Javari area, a demarcated Indigenous land which is home to some 6,000 Indigenous people and has the highest concentration of isolated peoples in the world.

The two disappeared on June 5 while navigating the Itaquaí river and the indigenous group accompanying them publicized the threats they had received from illegal fishermen allegedly financed by drug dealers the day before. The journalist and the Indian affairs expert had registered illegal fishing in the area and would take the complaint to the Federal Police. On June 7, the police arrested a fisherman suspected of involvement in the disappearance. On June 15, the police announced that this fisherman had confessed to shooting Phillips and Pereira to death and hiding their bodies in the forest. That same day, the police recovered two bodies, which days later were identified as those of Dom Phillips and Bruno Pereira.

The murder of a journalist while doing his job in the Amazon rainforest is unprecedented in Brazil's recent history. The most recent record of a journalist murdered in the region is from 2011, when Vanderlei Canuto Leandro was shot dead in the city of Tabatinga, which is 32 kilometers from Atalaia do Norte. According to local press, Leandro used to denounce in his radio program alleged irregularities and acts of corruption in the then municipal administration and had reported receiving threats for his work. 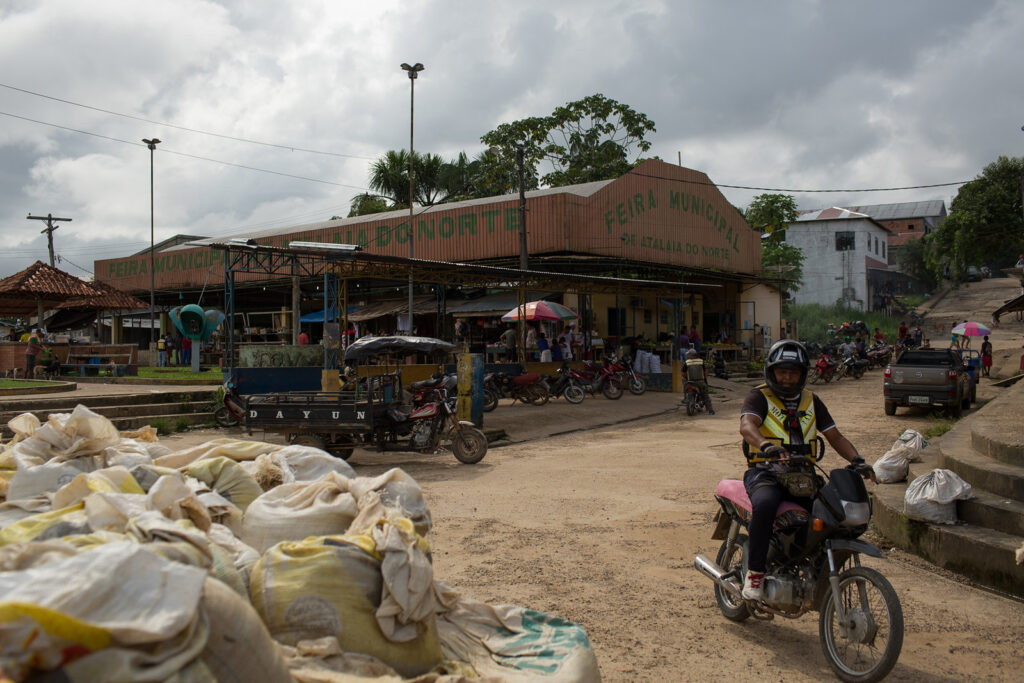 Jéssica Botelho, the researcher responsible for mapping the Northern region in the Atlas da Notícia, told LJR that "in general, the media ecosystem is very fragile throughout the Amazon. Of the 191 news outlets mapped by the Atlas in the state, 142, or 74% of them, are in the capital, Manaus. In the region of Atalaia do Norte, radio stations are more prevalent due to the precariousness of internet connection, which makes it difficult to maintain online media, Botelho said.

In addition, according to her, these news outlets are frequently led by community journalists, who have not had a traditional journalistic training. "Outside of the capital, you have fewer professional journalists, so even the journalistic treatment [of the topics covered] gets more complicated," she said. "This is a reality in the whole region. When it's a website or a blog, it reposts material from press offices [of city halls, and state and federal governments]. When it is radio, it reproduces content from Rádio Nacional [National Radio]."

Journalist Kátia Brasil, co-founder and executive editor of the investigative journalism agency Amazônia Real, calls this situation the "dictatorship of the press release," as she said in a conversation with LJR. For her, journalists in these regions "don't have the freedom to actually write about the things that happen [...] They are curtailed, they experience numerous violations to their work, they have no subsidies with which to work (...). They are at the mercy of this problem [of reproducing press releases]. This is serious, because it hurts Brazilian democracy, freedom of speech and of the press," she said.

Journalistic investigations on socio-environmental issues in the Amazon, especially those dealing with crimes and rights violations, are often carried out by journalists from the Southeast of Brazil, where the main media outlets are located, and by foreign journalists, such as Dom Phillips. Both Brasil and Botelho emphasized that this is precisely because of the lack of safety, since professionals who live and are known in the communities are more exposed to risks than professionals who spend a short time in the location, and find themselves already in another state or country when their feature story is published.

"Local journalism is necessary. And, in the Amazon, the relationship you have with local communities makes all the difference in socio-environmental coverage," Botelho said. "This case [of Phillips and Pereira] is an example. They are known and recognized by the Indigenous communities (...). So this established relationship makes all the difference. Although when you maintain a relationship with the sources, with [local] communities, this becomes a risk, because you end up being targeted by the people who perpetrate the violence and violations."

She said it "bothers" her that journalists from the Southeast of Brazil and foreigners “come here, write a story, go away and win a Pulitzer, while the local media ecosystem gets no funding, no incentive, no empowerment in general.”

"We have a weakened local media and journalistic ecosystem that can't sustain itself. It can't produce because it has no money and is [also] in the wolf’s mouth. So how can we guarantee independent, original journalism, with reporting on a daily basis, if there is no infrastructure that guarantees a minimum of security?," she wondered. 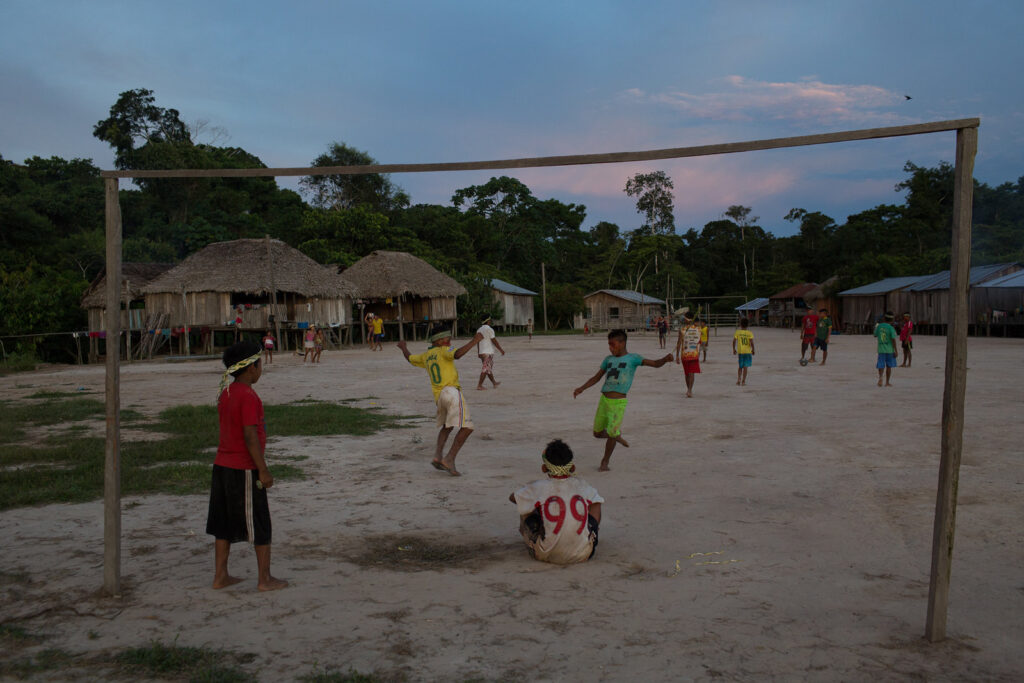 Nailson Tenazor, the community journalist responsible for the blog Jambo Verde, told LJR that, although he has no formal training as a journalist, he has worked in communications in the region for more than 30 years. His blog was created in 2009 in partnership with his son, Matheus Ravel, who is now the Communications Secretary of Atalaia do Norte.

"It is not every news story that we publish, because we are also afraid of being approached, of receiving a phone call," he said. "One time I received a phone call for coverage, but it wasn't even coverage. We would receive press releases from the police saying that they had arrested a certain drug dealer, seized drugs. And sometimes And, sometimes, this kind of information ends up with someone not liking it [it being posted in the blog] or someone who has suffered a [monetary] loss. But this was the only time, and it was a long time ago. So we are careful not to mention who is the citizen being arrested. For our part, we don't take a risk."

Tenazor added, however, that this is not a routine issue. "Not least because there are not that many journalists here in the region. I can count on my fingers the journalists you have here," he said.

According to Tenazor's analysis, "there is no longer a separation" between the activities of organized crime in the region. “Whoever finances drugs, finances guns, also finances whoever enters the [Indigenous] reserve area to fish illegally (...) The small fisherman is not in a position to finance fishing gear, he doesn't have the money to put a ton of ice inside cold storage or to buy gasoline [for the boat]. And so, he will find someone who can finance him. And that's evident, that's visible here.”

He recalled that in 2019 the Funai public servant Maxciel Pereira dos Santos, who worked with Bruno Pereira in inspecting and seizing gear used in illegal fishing, was murdered in Tabatinga, in an unsolved crime to date. "The bosses [the financiers] as well as the financed fishermen experienced a lot of losses [because of Santos' work]. (...) To this day, we don't know who ordered [the murder] and who executed Maxciel," he said, who believes that impunity in Santos' murder was "an open door" for the murders of Phillips and Pereira.

"It's complex, so we don't get involved in many things, we don't do them, we don't look for them, because we don't want to take a risk, because everything is at close quarters here. For example, I have no friendship with Amarildo de Oliveira [the fisherman who, according to the police, confessed to killing Phillips and Pereira], but I’m friends with his brother. So everybody knows each other here," Tenazor said. 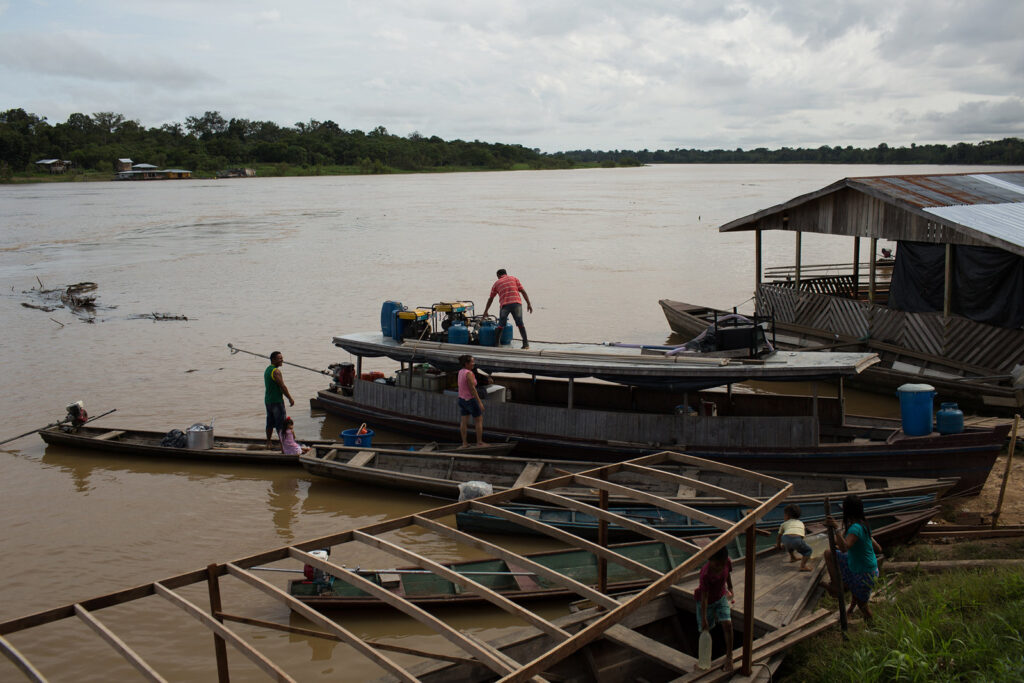 Public policies and support for journalists

Tenazor said that the murders of Dom Phillips and Bruno Pereira are an extraordinary event in Atalaia do Norte. "It's not every day that you have guys shooting here," said the communicator. But he stressed that the region needs public investment and improvements in the quality of life of the population to be able to fight organized crime.

"We need to have opportunities (...) to change things here, so that we don't have this kind of situation that we have today," he said. "The fisherman invading [Indigenous territory], if you ask him if he wants to invade, if he wants to go up [the river] and spend a month in cold and need, he doesn't want to, many have already told me that. They go because they don't have opportunities, neither for themselves nor for their children (...) So we need to invest in education, in generating opportunities, jobs, and income.

For Kátia Brasil, "the absence of the State and the dismantling of governmental institutions" such as Funai, the Brazilian Institute of Environment and Renewable Natural Resources (Ibama), and the Chico Mendes Institute for Biodiversity Conservation (ICMBio) contribute to the increase of violence and the risks for journalists in the Amazon.

Regarding news organizations, Brasil stressed the importance of developing a security protocol that can support journalists in their work. Such a protocol involves a risk assessment that covers both possible digital threats and threats in the field, such as a plan to remove the journalist from the area if a problem arises. In the case of Amazônia Real, Brasil said, this protocol is being developed with the support of RSF.

"We worked on the specific issue of physical and digital self-protection based on an assessment of the needs of these [media] partners," Colombié, from RSF, said. "We have established a list of priorities and built a strategy, so that these newsrooms that work in these complex places can have internal physical protection protocols that start from risk analysis. First, [one assesses] what is the value of the information one is seeking, and from that, what are the risks that can be faced in the field. We then establish a list of risks and create a series of physical protection protocols. We have to analyze the terrain, the trusted contacts in the locations, the transportation, the communication with the teams that are in the newsroom location," he said.

Colombié also stressed that, both locally and globally, there needs to be "a public discourse that values the importance of a free, independent, and plural press in these places."

"Thanks to the work of journalists, we are realizing how abandoned this region has been, how dangerous this region is, and how much the Indigenous populations are suffering precisely because of the permanent attacks by economic and political powers. So we need more than ever to strengthen local and investigative journalism initiatives," he said.