Haitian photojournalist Dieu Nalio Chery was hit in the face by a bullet after a senator shot his gun in the country’s Senate yard on Sept. 23, as reported by the Miami Herald. 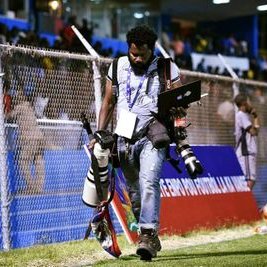 The shots were fired in what was described as a chaotic scene outside the Senate, according to the publication. A security agent was also hit.

The Herald said a senator told Vision2000 radio in Haiti that Sen. Jean Marie Ralph Féthière fired the shots, but that it was not intentional.

Féthière said he was acting in self-defense as he was "attacked by groups of violent militants," but did not admit firing a gun, The Guardian reported.

The Miami Herald added that another senator reportedly also pulled his weapon.

The Guardian reported that Chery had on a helmet and flak jacket that had “Press” written on it, but that Féthière said he was not aware a journalist was there.

Chery was at the Senate to cover a ratification vote for nominated Prime Minister Fritz William Michel, who is accused of corruption, according to the Miami Herald. Pro-government and opposition senators have been at odds over the attempted confirmation vote.

And the Miami Herald reported, “A previous attempt at confirmation earlier this month was abandoned after protesters invaded the Senate chamber and someone poured fuel on the Senate floor in an attempt to set it on fire.”

President Jovenel Moïse is trying to force the appointment, according to The Guardian. This second attempt at a confirmation is occurring amidst demonstrations against Moïse, a fuel shortage and rising cost of living, the publication added.