“Beyond shiny gadgets”: New online course in Spanish on how to cover internet and technology

Tech journalism must go beyond stories that cover the subject as if it were something new without a long trajectory, says Natalia Zuazo, Argentinian journalist and political scientist who will be the instructor of the upcoming Spanish course, “How to cover internet and tech issues beyond shiny gadgets.”

Registration is now open for this free course, which will be held from July 27 to August 23.

Zuazo said many times there is a lack of context in coverage about technology. She wants people to remember that the internet turned 50 last year and social media has been around for 15 years. It would be a grave error, she said, “to tell a story that starts from present day.”

“The media cannot be windows of consumerism because technology today, the right to be able to connect to the internet, is a human right. We cannot continue treating it as something that can be consumed,” said Zuazo, who will teach the course with help from assistant instructor Federico Kukso.

The four-week course will delve into technology infrastructure,the monopoly tech companies that dominate the industry, the personal data of users, the question of legality, how to exercise those rights and online security.

The course is divided in four modules, each one given by Zuazo.

The course will consist of videos and lectures, and will include interviews with computer law and security experts, as well as journalists who will provide additional context and insights.

The course is held in partnership with UNESCO, will be organized by Journalism Courses, an online learning program for journalists from the Knight Center for Journalism in the Americas at the University of Texas at Austin. 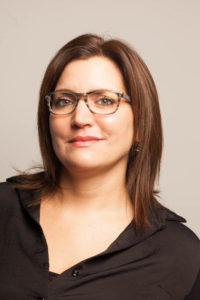 The “seed of the course,” as Zuazo describes it, was the online manual "Manual de Periodismo de Tecnología" (tech journalism manual) that UNESCO asked her to write on how journalists can develop a critical view when writing tech stories. The goal is to get away from doing “gadget journalism,” which ignores the realities of inequality that exists, and for journalists to have the capacity to speak to that reality.

“UNESCO in Latin America very much supports these types of materials. In reality for me it is an honor that they work with these issues and that they have called on me,” Zuazo said.

“It is a pleasure for us at the Knight Center to launch another project in association with UNESCO to offer this free course to journalists,” said professor Rosental Calmon Alves, founder and director of the Knight Center for Journalism in the Americas. “Tech and internet coverage need more in-depth attention, more contextualized. This course will help journalists to learn about those legal aspects and the infrastructure of the internet, the complexity of the algorithms, the dangers of the violation of privacy and the world of big data.”

This course is not only for tech journalists but also journalists who want to learn how to add data and social context to their stories. Zuazo said she wants students by the end of the course to take into consideration what the reader really needs to know to have a more ample and contextualized view on issues related to the internet and technology.

Tech stories that focus on the latest technologies don't tend to address inequities, Zuazo said. Tech journalism must be conscious about the inequality, especially in Latin America, and it must give context about the social dynamics that exist, Zuazo emphasized.

This free course is asynchronous, meaning participants can take it in the days and times that best suit them.

Students who successfully complete the course requirements have the option of paying an administrative fee of U.S. $30 to receive a certificate of completion in PDF format. The Knight Center will evaluate the cases of students who need a waiver of that fee. No formal college credit is associated with the certificate.

Register now for this course online.

Natalia Zuazo has a political science degree and graduated from the University of Buenos Aires. She has a Masters in journalism from the University Torcuato di Tella. She is the author if books “Guerras de internet” and “Los dueños de internet.” In 2016, she won the award Premio ESET América Latina in computer safety. She has written about the intersection of technology and politics for over ten years in Le Monde Diplomatique Edición Cono Sur, Brando, Infobae and Anfibia, and other publications. In her previous journalism experience, she was the editor of online news for Clarín.com, Perfil.com and Crítica de la Argentina, and she coordinated the digital project of the Revista Anfibia (FNPI/UNSAM). Zuazo directs Salto, an agency of technological communication and innovation that works with governments and organizations. SHe is a consultant for UNESCO Latin America, advisor to the MInistry of Public Innovation of Argentina, and associate researcher of the Association for Civil Rights of Argentina in regulation of technologies and rights.

Federico Kukso is a science journalist. He specialized in science history at Harvard University and MIT. In 2015-16, he was a Knight Science Journalism Fellow of MIT. He is a member of the board of the World Federation of Science Journalists. He writes about science, culture and technology in La Nación (Argentina), Le Monde Diplomatique, Agencia SINC (Spain), Tec Review (Mexico) and  El Universal (Mexico), among other publications. He was the science editor in newspapers Página/12, Crítica de la Argentina and Muy Interesante Argentina, as well as subeditor for the magazine Ñ (Clarín). He is the author of the books "El baño no fue siempre así" (Iamiqué), "Todo lo que necesitás saber sobre ciencia" (Paidós), "Dinosaurios del fin del mundo" (Penguin Random House) and "Odorama: historia cultural del olor" (Taurus). He is member of the Red Argentina de Periodismo Científico (Argentine network of science journalism). In 2017, he was recognized by the Konex Foundation as one of 100 most important science journalists in Argentina of the 1007-2017 decade. He lives in Buenos Aires, Argentina.

About the Knight Center