Latin America reported its first case of COVID-19 in late February, a timeframe that coincided with the start of the academic year. The global pandemic took universities by surprise, and journalism professors across the region were called to adapt to it.

“You have to realize that the academic year at UDP (Universidad Diego Portales) started March 9 and classes were suspended on March 13,” Francisca Skoknic, director of the school of journalism in Chile, told the Knight Center. “The first-year students started classes on the 16th, so they never had an in-person class,” she added.

With the suspension of in-person classes, many journalism professors migrated their courses to online platforms since there was no short-term prospect of returning to the classrooms. Among the many challenges faced by journalism schools is knowing how to deal with the differences in students’ access to technology, unstable internet and lack of available equipment. 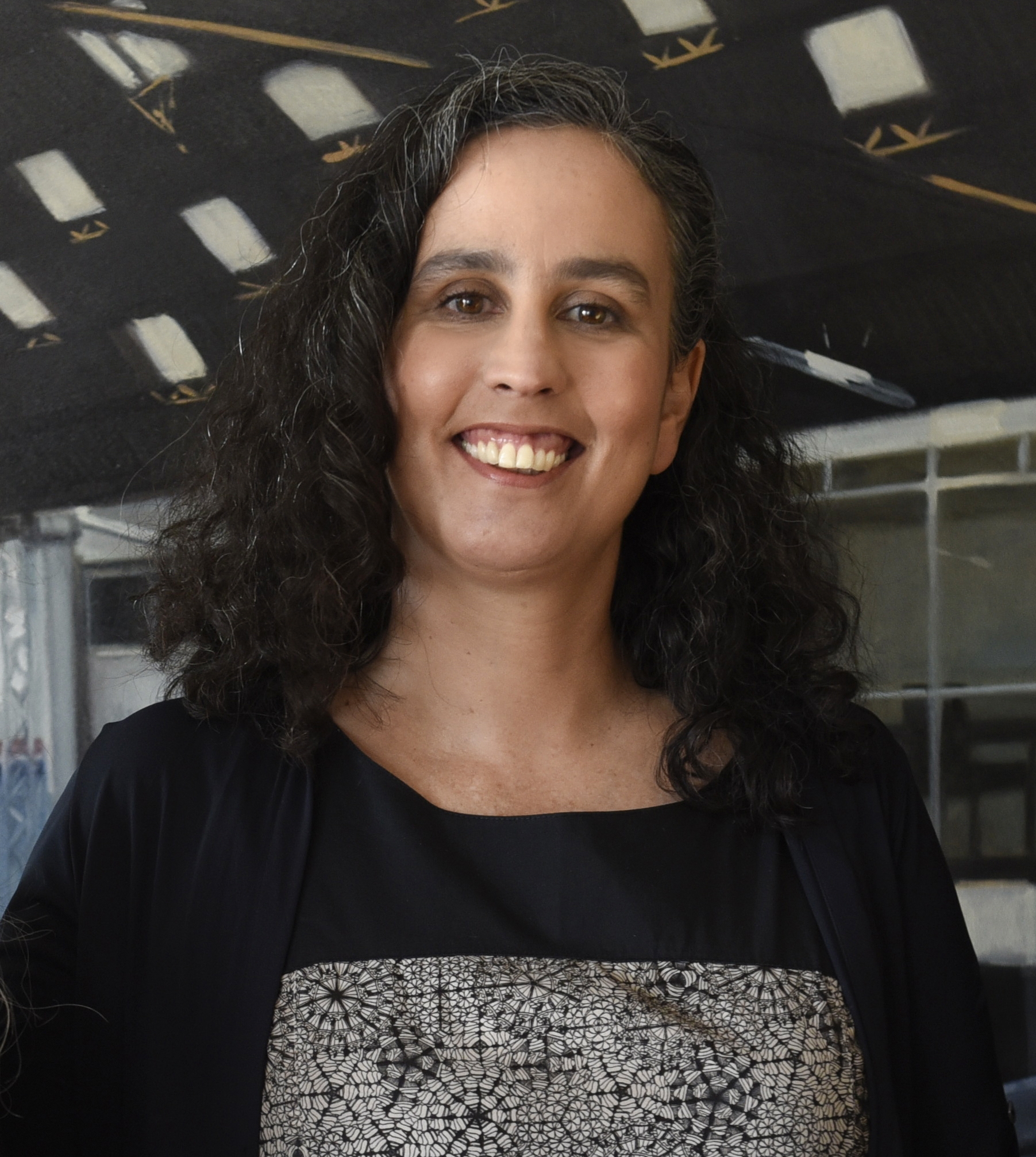 “With everyone in the household working and studying from home, everyone needs to share the same computer and the equipment isn’t always available for the students during class time,” Tatiana Siciliano, undergraduate coordinator at the Communication department at the Brazilian PUC-Rio (Pontifícia Universidade Católica), told the Knight Center. “The university's orientation is to make the courses more flexible, expanding the offer of asynchronous content, such as videos, readings and other materials,” she said.

That is also the case in Brazil, where the Fluminense Federal University (Universidade Federal Fluminense) opted to postpone classes, as many students depend on the university’s infrastructure for internet access, according to professor Adriana Barsotti. “In order to not completely dismiss students, I have been maintaining contact with them through social media and suggesting online courses for those who manage to have some online access, but nothing institutional, nothing that they are getting class credit for,” she said.

While some universities opted against the move to online learning, for technological or pedagogical reasons, many others chose to go online. And the move was fast. At Brazil’s PUC-Rio, for example, there was only one week in between in-person classes being suspended and the start of online learning. “Everybody had to reinvent themselves on the go,” Siciliano said.

Few professors had the necessary training or experience to move their classes online. Ingrid Bachmann, director of the School of Journalism at Pontificia Universidad Católica de Chile, said their university had an unexpected test-trial of the department moving online because of the 2019–2020 Chilean protests.

“At Católica last year, we had to do online classes for the last three weeks of our spring semester (campus was not shut down, but going to and from campus was complicated, even unsafe),” Bachmann told the Knight Center. To adapt how they deliver content, Bachmann’s department developed useful tools for students, the transmedia manual KitMu.cl and mobile accessories kit KitMovil.com, which are proving very helpful now.

María Isabel Magaña, professor at the School of Journalism at La Sabana, in Colombia, said it took only a couple of days for the university to move its activities online. “It was very fast and teachers were previously trained to use online tools such as Teams or Blackboard. The first week was a trial week so we could transform our classes to do them digitally. Then we just rolled,” she told the Knight Center.

Learning on the go, however, has been the most common experience. Frida Rodelo, professor at the Universidad de Guadalajara, Mexico, told the Knight Center, “the authorities… didn’t ask us to change in any specific ways beyond  continuing through distance learning  and changing all activities that were planned for in-person, such as group projects or field practice.” She then added, “With passing days and through emails, we learned about virtual presentations on tools and online learning and certain specific services that we can use because our university has a license for them.”

A more flexible education and a resilient journalism

“From the courses that we offer in communication, journalism is one of the hardest to change away from in-person,” said Brazilian professor Siciliano. “Writing is simple. But all the technical part, what needs editing, that is harder because it requires a recording studio, equipment,” she said. Her department has adapted by using free software and producing video tutorials.

Classes in radio and television seem to be a harder challenge in adapting to the online format. Without the access to the recording studio and editing stations, the solution is to work at home with cellphone apps and free software. “We lose in terms of quality, but we win in relation to their resilience, and capacity to improvise. This is an argument I use to motivate them (students),” professor Lúcia Santa Cruz from the Escola Superior de Propaganda e Marketing of Rio de Janeiro, Brazil told the Knight Center.

At Universidad de La Sabana, in Colombia, even though the school puts an emphasis on students taking to the streets and de-emphasizes online reporting, professors have been quick to switch to open-sources and open-data, according to García-Perdomo. Having students become more savvy at gathering information online has been a positive outcome of the necessary flexibility, he said. Similarly, Brazilian professor Santa Cruz said, “all of the newsrooms are working like that (remotely). It is possible to do it from home. That gives us a dynamic and experience that allows students to do journalism in any adverse conditions with high-quality.”

Adriana Amado, president of Info Ciudadana, an organization fostering civic information, and a journalism professor in Argentina, took to Twitter as a teaching platform and as a tool to engage her students. She has assigned her students to use Twitter to have informed and open conversations, designed assignments using Twitter accounts as a focus and has even conducted exams using the  social media platform. Twitter turned into both a platform and resource for her course. Amado said the experience has been very positive, as students have been forced to learn how to use the social platform and engage in a public manner, and do away with fears of using the social platforms. Her students resisted using WhatsApp for meetings and conversations, but now are learning how to adapt.

“For me, the biggest challenge has been reducing the time of my lectures (there’s no point in having a 3-hour lecture online) but making sure students learn through independent work and homework,” Magaña, from Colombia’s La Sabana, said. She adapted her pedagogy: “I’ve been using the inverted classroom method, it has worked, but it is a constant challenge,” she said. Her colleague, García-Perdomo, said he spends double the time grading and being in direct contact with students, but, according to him, that pays off in better quality text.

Bachmann, from Chilea’s Pontifícia Universidad Católica, misses seeing her students in the flesh. “The lack of traditional interactions in a classroom makes it hard to get a feeling of the session (traditionally, you would get to see those lightbulb moments when the students understand something). I miss that.” Missing the personal connection and the human contact was a common thread among the journalism professors.

Colombian professor Magaña has been taking advantage of several online resources for her data journalism class, such as talks given by outlets such as the International Center for Journalists (ICFJ), Global Investigative Journalism Network (GIJN) or the Iberoamerican Forum on Health and Covid-19, which her students are attending. Additionally, she recommends relying on friends.“You know a lot of great professionals that can teach your students something valuable. Invite them to give a talk. Use the multiple resources different journalism organizations are creating to train your students,” she suggested.

Being at home can expand students’ horizons. Magaña said that being forced to stay at home “actually gives you the opportunity for them to be ‘on the same level’ with professionals in China, Pakistan, Spain…they can learn from them without traveling to an expensive conference!” She added, “be creative, push boundaries, and force your students to take the next step.”

Inviting guest speakers also is a strategy used at PUC-Rio, where professors are organizing live presentations via Zoom or Skype, open to students from other courses and made available at a later date via video or podcast.

Brazilian professor Santa Cruz said that her students’ reporting has also migrated to Skype or Zoom and, with that, expanded their boundaries. One of her students’ groups doing a podcast on nutrition decided to hear people from all different regions of the country. “They would unlikely do that if it wasn’t for the current situation,” the professor said.

García-Perdomo recommended the resources made available by Northwestern University’s Knight Lab, such as the storytelling tools Juxtapose, which makes frame comparisons, and Soundcite, which enables inline audio. Skoknic, from Chile’s UDP, recommended tools such as Jamboard and Google Classroom. In addition, she said, “sharing the experience between professors is also very important. For example, radio professor (Patricio Cuevas) shared the best forms of capturing audio and doing interviews from home.”

Her colleague, Andrea Insunza Corvalán, who teaches investigative journalism at UDP, said they “work hard at selecting investigative news stories that allows them to use digital tools for reporting. In Chile, we have an Access to Information law that allows us to request public information, but one can also access lots of data about public organizations that are on the web.” She added that students can access a lot of tools on companies and the judiciary as well, allowing them to access and process this data, which is very important for investigations.

Chilean professor Bachmann uses Loom and ActivePresenter for her asynchronous videos. She recommends her department’s developed KitMu.cl and KitMovil.com and said, “It is a common cliché to say that this generation is supposed to be digitally native and assume these undergraduate students know all things digital better than us. It is not necessarily so, and these sites complement each other in showing students the apps they can use for different content generation and reporting purposes, and have tutorials in plain Spanish about how to use them.” Bachmann also recommended subscribing to "Sala de Herramientas.” “It is a brand new newsletter about teaching journalism in pandemic times by Patricio Contreras, a Chilean journalist and journalism professor,” she said.

Learning from the pandemic

Skoknic said the pandemic has been “challenging and will probably leave them with lessons of habits and responsibility, since the new format requires much more good will and organization on their end.” She is hopeful, saying students in her university are doing well at engaging with their courses.

Professor Rodelo, from Mexico, agreed that the pandemic will teach them to “organize their time and manage their stress.” Professor Bachmann emphasized the need for flexibility and adaptability, and that students will gain from learning how to respond to an unexpected situation, a skill that will serve them well in their profession.

Professor Mariana Filgueiras, from UFRJ in Brazil, said once classes come back in person, the expectation is to find more mature students, with more critical thinking skills and who are engaged with their profession. “I have no doubt that I will find citizens who are better prepared to work as a journalist, even if for a tragic reason (…) We are living something unthinkable, and I don’t think that living it is wasted time. We gain a lot in critical perspective if we survive, and this will make us better journalists.”

Professor Magaña from Chile argued, “life as a journalist has never been easy. It requires creativity, strength, hope and gut. This pandemic can help you develop these characteristics.”