Cuban journalist who fled the island seeks asylum in the U.S. from ICE detention center in California

Cuban journalist José Ramón Ramírez Pantoja had to leave his country because of the persecution he said he suffered from the government after fully publishing the statements of a state official that were inconvenient for the Cuban regime. 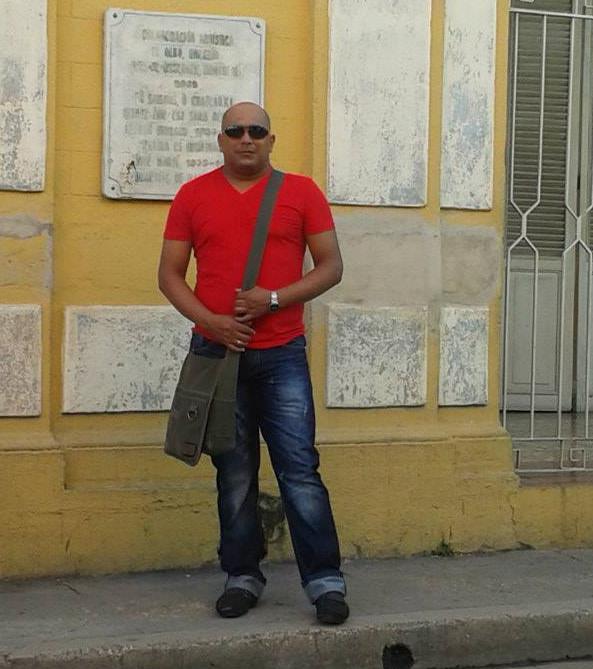 The U.S. office of freedom of expression organization Fundamedios said it has supported Ramírez since learning that he entered the U.S. by California and requested asylum before immigration authorities. Dagmar Thiel, director of Fundamedios USA, told the Knight Center that the organization has succeeded in getting international human rights organization Human Rights First to provide legal support for Ramírez Pantoja in his asylum request.

“They left me without work or livelihood regardless of the years I worked as a journalist just for the fact of informing. Then came the threats, the pressures. They wanted me to stop working for the independent press and at the same time they continued to censor my work in the official press,” Ramírez said by telephone to the site 14ymedio before leaving the Mexican border on May 8, the Cuban news site published.

Ramírez is currently being held at the U.S. Immigration and Customs Enforcement Service (ICE) detention facility in Adelanto, a city in San Bernardino County, southern California.

Thiel said Fundamedios USA is in constant communication with the journalist and has obtained help from other journalistic and human rights organizations, such as Reporters Without Borders (RSF), to present letters of support for Ramírez.

“RSF signed, alongside our colleagues at Fundamedios, a letter on behalf of José Ramírez Pantoja to the ICE processing center where he’s being held, that verifies his credibility as a journalist and the threats he received in Cuba as a consequence of his reporting,” Daphne Pellegrino from RSF told the Knight Center.

“We are deeply concerned to know that Jose Ramon Pantoja, a persecuted Cuban journalist who came to the United States seeking refuge from the Cuban authorities, has been detained by ICE. Returning Jose Ramon to Cuba, where his harassment would continue, cannot be an option. We support his request for asylum and urge for his immediate release from detention," Dokhi Fassihian, executive director of RSF's North America bureau, told the Knight Center.

Likewise, Thiel said, they have been able to translate into English all the documents that the journalist needs for his legal process, with the support of Cuban journalist and author Carlos Alberto Montaner who received free help from a Cuban lawyer.

Ramírez lost his job at Radio Holguín in Cuba in mid-2016 after posting statements by the deputy director of the veteran official newspaper Granma in his personal blog, Verdad de Cuba and on his Facebook page, according to 14ymedio.

In these statements, Karina Marrón pointed out that the economic measures that were to be implemented at that time could generate important social protests such as those of the Maleconazo of 1994, according to the director of Fundamedios USA.

The statements were on his personal blog and his Facebook profile for only a few hours because he had to take them down the same day at the request of his employer, according to what he said on his blog. However, “these statements were taken by The Miami Herald in the United States, citing that there were concerns within official lines” in Cuba as a result of the economic situation, Thiel said.

Ramírez said in his blog that he recorded, in view of everyone present, the videoconference in which the deputy director of Granma declared what he published. This occurred within the framework of the VI Expanded Plenary Session of the National Committee of the Union of Cuban Journalists (UPEC), which he covered as president of the delegation of his locality, Holguín, on June 28, 2016.

A few months later, Ramírez was suspended for five years by the UPEC, after which he was prevented from working in an official media outlet, according to Diario de Cuba.

In Cuba, according to article 53 of the Political Constitution, “the press, radio, television, cinema and other mass media are state or social property and cannot be the object, under any circumstances, of private property.”

"He applied to other jobs that had nothing to do with journalism and they did not give him permission to work," Thiel said. "Deep down, by firing him, what they were doing is that he didn't have a way to earn a living," she said.

“The story of José Ramón Ramírez Pantoja is typical of totalitarian regimes. He who dares to question the official version becomes ‘a dangerous and counterrevolutionary subject’. If it is not rectified, they kick them out of work and they become a ‘non person.’ If he reoffends, as is the case of José Ramón, he will suffer various types of reprisals from the hands of the Communist Party: acts of repudiation, punishment and formal accusations to condemn them,” Cuban author Carlos Alberto Montaner, who lives in exile, told the Knight Center.

So far, as the director of Fundamedios USA explained, Ramírez has already had two judicial instances in which he has been denied ‘parole’ to continue his process in freedom. According to Thiel, his initial hearing was scheduled for Aug. 26 and has been advanced to Aug. 16.

"But we are confident that it is a very strong case, all the evidence of persecution is very clear and fortunately they are already translated," Thiel said. “We have also provided, and that is part of the work we have done as Fundamedios, all the support from the world human rights organizations that make their reports on issues of freedom of expression. We have also provided all the information from the IACHR, which has named the case of José Ramón in 2016, in English,” she said.

"We really hope that the U.S. authorities will see his case and grant him asylum," she added.