Fellowships for journalists at U.S. universities are open to Latin American applicants. Find out how to apply

Every year, Latin American journalists apply for and are selected for fellowship programs at U.S universities.

These fellowships provide an opportunity to develop a professional project or to gain new skills and training.

One former fellow, Izabela Moi, said her experience at Stanford University seemed “to open an eternal door within us to continue learning.”

As in previous years, LatAm Journalism Review (LJR) prepared a list of fellowships that are traditionally open to journalists outside the United States, as well as information on applications. Watch for program changes due to the COVID-19 pandemic: many fellowships have been postponed, adapted for remote models, etc.

We've also put together a list of alumni from each program over the past few years. And we tell how this experience was important for two Latin American journalists.

Brazilian journalist Izabela Moi, who is co-founder and executive director of Agência Mural de Jornalismo das Periferias, was in the 2015 class of the JSK Fellowships, at Stanford University in California.

"Participating in the fellowship, in professional terms, I think it was one of the best experiences of my life," she told LJR. 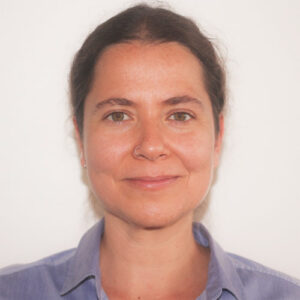 Moi says she embarked on the fellowship with the aim of transforming Mural, which already existed as a blog carried out by a collective of volunteers, into a journalism agency, with funding.

"I didn't take any specific class on the subject, but the fellowship was so well structured that I was learning, gathering tools, making relationships that taught me everything I needed or gave me the courage to seek what I needed. And there's something very special in this program specifically: the fact that the 20 of us are developing projects at the same time makes us create a relationship of exchange that is also very rich,” she recalled.

A few months after returning from Stanford, she and her colleagues launched Agência Mural de Jornalismo das Periferias.

For her, the fellowship was "a watershed moment," impacting her career until this day.

"Not only because of what I've learned, but it seems to open an eternal door within us to continue learning. And the relationships you make lead you to other doors and windows. They told us about it, that the experience of this type of learning, a lot hands-on (which is the Stanford differential), it's a continuum, as if we pressed a button that doesn't turn off anymore. I feel that way," she said.

She believes that "every journalist should try a program like this.” And take your family: "I went with my husband, who enjoyed it as much as I did.”

Transformative experience and a book

Argentine science journalist Federico Kukso participated in the Knight Science Journalism Program at Massachusetts Institute of Technology (MIT) in 2015 and 2016. According to him, the fellowship "was transformative.”

“Although for several years I have had international experiences with reporting trips, courses, scholarships to scientific congresses and international awards (such as the Kavli Awards in Norway) or I have participated as a speaker in international conferences of scientific journalism (in Qatar, Finland, South Korea, USA, etc.), the Knight Science Journalism Program fellowship at MIT was transformative,” he told LJR.

Kukso explains that being able to spend nearly a year attending classes at MIT and Harvard University is a unique opportunity. But, the time also allowed him to dedicate himself fully to the research that led to his book, “Odorama: Historia Cultural del Olor” (Odorama: Cultural History of Smell). In addition, Kukso says that the program allowed him to meet 11 colleagues from around the world, with whom he exchanged opinions, views and experiences about communication and science.

He points out that science journalists in Latin America have very few opportunities to deepen and broaden their knowledge. 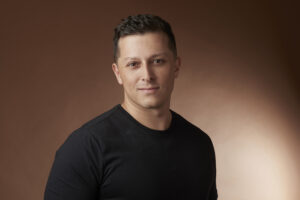 “In general, one jumps from article to article and does not have the time or money to explore an issue in depth, due to the economic limitations of the profession and the journalistic crisis in the region, whose media for years and even during the pandemic have not bet on quality and responsibility when hiring journalists specialized in science and health,” he said.

For him, the fellowship made possible an immersion in another culture, "with its good and bad things,” and also opened doors at the international level.

Furthermore, it allowed him to understand that scientific journalism carried out in Latin America is as good or better than that carried out in other parts of the world. What is lacking, according to him, are economic resources and support from media, foundations, NGOs, institutions and scientists themselves.

For fellow journalists, Kukso recommends that they try and apply for this type of fellowship – more than once if necessary.

"It is also important to know when to apply, at what point in your career to do this. It is not easy to move with your family to another country for an entire year," he said.

Kukso says that, beyond the fellowship, it is necessary to change the "mindset.”

“Knowing that one can improve oneself, learn new things every week, whether in online courses, or in every interview, or visiting laboratories or in dialogue with colleagues,” he said. “It's about exercising the muscles of our curiosity and wonder.”

Journalists selected for the Nieman Fellowship spend two full semesters at Harvard University in Cambridge, Massachusetts, taking classes there and at other local universities. They participate in seminars, lectures, master classes and journalism conferences.

Fellows selected for this program complete a multimedia public service journalism project that integrates Marquette University students as part of the reporting team. They favor candidates willing to live on campus in the Milwaukee area, but the fellowship is open to people who want to study remotely.

The Reynolds Journalism Institute in Columbia, Missouri offers three types of fellowships: residential, non-residential, and institutional. As part of the first two fellowships, journalists will spend time at the Missouri School of Journalism or undertake a project on their own. The third fellowship is aimed at managers and executives looking for projects in their institutions or journalism companies.

JSK Fellowships are based at Stanford University in California and are aimed at journalists "who are creating solutions to journalism’s most urgent problems." With the COVID-19 pandemic, JSK Fellowships created programs in a remote model, such as the JSK Community Impact Fellowship, which allow fellows to stay in their communities across the United States and conduct projects to close information gaps for people of color. The exchange, in its second edition, is closed for 2021-2022. To apply, you must already be authorized to work in the U.S.

This 9-month fellowship is open to journalists from around the world to study at the Massachusetts Institute of Technology, Harvard University and other institutions of higher learning in Cambridge and surrounding Boston. It is for "those who work at the complex and often turbulent intersection of science and public life." With the pandemic, the traditional program was replaced by a remote one in 2021-2022. Remote grants are only available to US-based journalists. The traditional program is expected to resume in the 2022-23 academic year. Applications for the 9-month program are usually open from November through January.