Grants have become the main source of revenue for Latin American digital native media in recent years, according to the Inflection Point International report.

According to the study, which was conducted for the first time in the region in 2016, at that time grants were not a significant source of revenue – only 16 percent of media respondents in Latin America had received them. The most recent report points out that, in 2019, grants surpassed all other sources of financing and came to represent 29 percent of revenue from these media in the region. And, in 2020, they reached 37 percent. 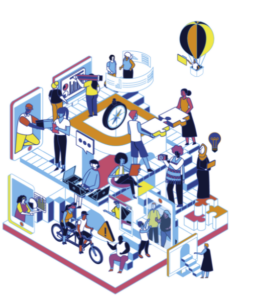 Illustration from the Inflection Point International report from SembraMedia

The report defines a grant as funding from private foundations, philanthropic investors, private companies, as well as donations from national and foreign governmental organizations.

According to the study, the leap between 2019 and 2020 “likely reflects the increased amount of grant funding that was made available to media organizations as the COVID-19 pandemic took hold and media around the world reported dramatic losses in revenue, especially in advertising and events.”

Inflection Point International was carried out by SembraMedia, with the support of Luminate and the Center for International Media Assistance (CIMA), and launched on Nov. 4th. The first time the study was carried out, in 2016, 100 digital native media entrepreneurs in Argentina, Brazil, Colombia and Mexico were interviewed.

The current report includes 100 interviews in these same four countries, but expands the survey to other regions of the world. The new study, with a team of 23 local researchers, interviewed leaders from 49 organizations in Africa (Ghana, Kenya, Nigeria and South Africa) and 52 in Southeast Asia (Indonesia, Philippines, Malaysia and Thailand).

Across all regions, grant funding was the main type of revenue, reaching 31 percent in 2020. But Latin America stood out with the top average of 37 percent. In the region, private foundations or philanthropic investment organizations were the biggest sources of grants, followed by Google, which was mentioned by 41 percent of Latin American entrepreneurs. In 2016, the most common sources of revenue in the region were “training services, programmatic advertising, consulting services, native ads and branded content, and banner ads.”

The growth of grants was one of the main factors that allowed digital native media to face the difficulties brought by the COVID-19 pandemic, the report states. The health emergency has impacted advertising budgets around the world, with a dramatic effect for many media outlets – experts warned of a “media extinction event” for news organizations.

Despite this, the SembraMedia report identified that the digital natives surveyed were able to protect themselves, to some extent, from this economic impact.

“We were relieved to find that the majority of the 200+ digital native media included in this expanded study did not suffer the huge financial losses reported by traditional media players. Our analysis suggests this is primarily because they are not overly dependent on advertising, and because grant funding for media increased in 2020,” the report said.

For Mijal Iastrebner, co-founder and executive director of SembraMedia, digital native media have managed to be resilient by having more diversified revenue sources – something they are used to doing as a way to maintain their editorial freedom.

"The pandemic definitely affected everyone's reality. As for digital native media, although this situation affected them in many respects, the drop in advertising did not represent an absolute break,” Iastrebner told LatAm Journalism Review (LJR). 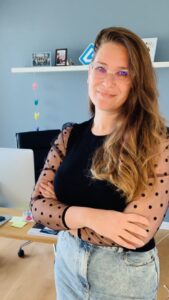 She reasons that many of these media do not have a large audience because they work for specific niches or communities. So they don't usually rely too much on advertising. “Their 'business' is not based on volume but on specialty,” the journalist said.

“To these factors is added an increase in grants (subsidies) aimed at digital native media, something that is later mixed with the emergency funds increased by the pandemic in 2020,” Iastrebner said.

While the growth in grants is a very positive aspect for independent digital media, “especially in challenging markets and during unprecedented times, such as the pandemic,” the report also warns of the risk of these outlets becoming overly dependent on this type of resource.

Inflection Point International raises, first, a concern: is the increase in grants, seen in 2019 and 2020, a trend that will continue or will these funds decrease in the coming years? According to the study, outlets that become heavily dependent on grants end up having difficulties in building a sustainable business model.

“In our ongoing work with digital native media in Latin America, we’ve seen first hand how large grants to small media organizations can lead them to create larger journalism teams than they can sustainably support. This can lead to layoffs and, in some cases, media closures when grant programs end abruptly—especially when they come with no business support, or they include restrictions that the funds can only be spent on reporting projects,” the report said.

Iastrebner says the balance in relation to grants is complex. On the one hand, the media need to differentiate grants that can support their structure from those that will only fund specific projects. At the same time, it is necessary to have a reduction plan, that is, to prepare for the grant to end.

“This last aspect is key, in order to avoid that when a certain subsidy disappears, the media must stop its activity. This is also a note for funders who give this type of grants, so that they accompany the financing with other types of support that generate the greatest possible impact on the structure of the media, which is a long-term impact,” Iastrebner said.

Another positive note from the report is that 75 percent of the media interviewed in Latin America had revenue growth between 2016 and 2019. In some cases, this increase was significant.

For this, the Inflection Point International compared 40 journalistic companies that were present in both studies – the sample is less than 100 for this segment of the research, because 23 outlets stopped being published in the period, for example, and another 21 did not meet stricter criteria or could not be interviewed.

With this increase in revenue, many outlets were able to advance between the four levels defined by Inflection Point. So in the first round, in 2016, the majority of organizations in the region, 32 percent, were at the lowest tier, with average annual revenue of less than US $20,000. In 2019, 20 of them moved to a higher level, and the percentage of media in category 1 dropped to 28 percent. As a result, most of the media, 34 percent, began to concentrate in level 2, with revenues ranging from US $20,000 to US $100,000.

At the same time, there has been significant progress on both extremes, between the media that generate the most income and the poorest. For example: in 2016, 17 percent of outlets  interviewed in Latin America had no revenue at all, a number that dropped to just 3 percent in 2019. At the higher level, the average annual revenue jumped from around US $500,000 in 2016 to almost US $1 million in 2019.

“Those media that progressed from one level of business development to another show that they have enlarged their structure (size and diversity of the team), that they have made relevant journalism, that they are diversifying sources. This positive development is a combination of several factors that give the media more structure,” Iastrebner said.

Another positive for the region is that reader revenues, which include donations from individuals, member programs, crowdfunding and digital subscriptions, nearly doubled between 2016 and 2019, going from 5 percent of average total revenue to 10 percent. According to Iastrebner, this is still a very small proportion, but the growth of this type of resource in Latin America is an opportunity.

“Clearly in the pandemic there was a peak in traffic and interest in finding independent and verified information. This, together with a greater amount of resources in the region that help the media to understand the mechanisms of income per readers, shows this increase,” she said.

The report is available in English, Spanish and Portuguese.