"I see my work as a photographer as analogous to forensic anthropology," said photojournalist Stephen Ferry, winner of the 2020 Maria Moors Cabot

The American photojournalist Stephen Ferry, who lives in Colombia, was one of the winners of the 2020 Maria Moors Cabot Awards, announced on July 15. In the summary of the winners, Ferry is described as a photojournalist "with the patience of an anthropologist and great humanity," who has dedicated himself to more than three decades to projects that have become, "models of immersive photojournalism."

In an interview with LatAm Journalism Review, Ferry affirms that he considers his work as “analogous to forensic anthropology" to reveal human rights violations that criminals seek to hide. He also wrote about the pace of his work, immersion, and ways to find funding for these types of projects.  Ferry also said that he sees a "creative boom" in the photographic and documentary medium in Latin America. 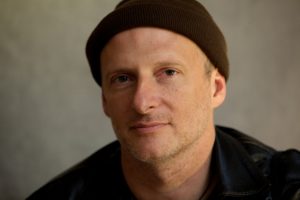 The photojournalist is a professor at Fundación Gabo and his works have appeared in several publications, such as The New Yorker, The New York Times, GEO, TIME, National Geographic and others.

What does this Maria Moors Cabot award mean to you? How does it make you feel?

Though I don't think a lot about journalism awards, I always considered the Cabot Award important because I saw the quality of the colleagues who have won it. I remember, decades ago when Alma Guillermoprieto and Susan Meiselas won this award, both of whom had a huge influence on my own path, and thinking what an honor it would be to share that distinction. I am also happy for the recognition as a photojournalist. It is great that the profession understands the value of our work and views photojournalism as equally important as other journalistic forms.

What does it mean for you to be a photojournalist working in Colombia (and in other countries you've been working on) and the type of journalism that you do?

Colombia is a particularly challenging place to work as a photojournalist because there are a lot of assumptions out there. To do justice to the complexities of the country, and particularly to report on Colombia's internal armed conflict, you end up swimming against the current. The widely-held assumption is that the root of Colombia's social and political violence is drug trafficking. This simplistic idea probably says more about U.S. foreign policy priorities than it does about reality. The roots of the conflict are older than drug trafficking and are extremely complex. To deal with this, I have worked to find a visual vocabulary that reflects that complexity and ambiguity and does not rely on received ideas.

The same could be said about my work on gold mining. Observers and interested parties often use written and visual language to portray small miners in stigmatizing ways. Gold mining is a highly contested theme, and it takes time to get beyond certain categories, such as "illegal mining," that can obscure more than they reveal. Good photography is all about paying attention to the details rather than illustrating preconceived ideas. Maybe one of the reasons I like working in Colombia is that it challenges me to work against the grain.

When you think of all the people you've photographed and all the stories you've covered, which ones would you say were the most interesting or with/from which did you learn more?

I look at the work as a collaborative process. For instance, when I covered the exhumation of the Mozote massacre in El Salvador in 1993 I learned an enormous amount from the Argentine Forensic Anthropology Team (EAAF) which conducted the investigations. The anthropologists make visible evidence that killers hid in order to block public knowledge of their crimes. When the bones are revealed, it becomes possible for society to seek justice, for family members to learn what happened and grieve their dead, and for the public to learn the truth of what has happened. Since then, I see my work as a photographer as analogous to forensic anthropology, at least as it applies to human rights issues. What I learned by working alongside the EAAF in El Salvador informs my work to this day, especially as forensic anthropology plays a fundamental role in the Colombian peace process, as it did in El Salvador.

In 2002, I began working on a story about the ancestral cultures of the Sierra Nevada de Santa Marta in northern Colombia, on assignment for National Geographic. This work only became possible thanks to collaboration with the indigenous organizations of the mountain once we agreed that I would share the results of my work as collective property of the indigenous peoples. Fortunately, I was later able to help the indigenous organizations form an indigenous documentary team, under the leadership of the Arhuaco director and photographer Amado Villafaña, and we have worked together on projects ever since. This was a big lesson for me about the importance of recognizing my own ignorance and working in a collaborative manner, rather than trying to simply go in, take some exotic pictures and leaving.

Over more than ten years covering Colombia’s internal armed conflict, I learned over and over again the importance of collaborating. Perhaps because Colombian journalists work in such tough circumstances, there is great solidarity among colleagues, which makes the work infinitely richer and of course affords a measure of protection. From my first visits to Colombia, when I was invited to teach workshops at the Foundation for a New Iberoamerican Journalism, founded by Gabriel García Márquez, I felt this spirit of cooperation and mutual support which is characteristic of journalism in Colombia.

As a teacher, how do you see the next generation of photojournalists? And what advice do you usually give your students?

I am guardedly optimistic about the future of photojournalism in Latin America. On the one hand, the profession remains a largely macho enterprise that has many barriers to entry for women. Sexism is still rampant in a lot of photography departments. On the other hand, many women are challenging this situation, and more and more one sees women photographers gaining recognition for their worth. There are important organizations as well that are working to increase gender and racial diversity in the field.

The economic equation is hard. Just as in the United States, capital is highly concentrated in the news business and the pay for photographers, as for reporters, is absurdly low. There are fewer publications than in the past, and the priorities of publishers keep shifting towards content that costs them little or nothing to acquire. What has changed for the better is that international media are now hiring and paying local photographers at the same rate as foreigners, and there are many more Latin Americans working with U.S. and European publications than previously.

Currently, there is amazing photographic work being made throughout Latin America, perhaps more in an in-depth documentary vein than in photojournalism per se. In this regard, Latin America is experiencing a kind of creative boom and there is a dialogue among documentary photographers, writers, and bookmakers that is very exciting. With a group of photographers, I helped found OjoRojo, a community space in Bogotá that is dedicated to promoting a creative conversation among photojournalists, documentary photographers and the public. There are a number of initiatives like OjoRojo throughout Latin America that speak to this creative moment.

My advice in general to photojournalism students is to seek out collaborations, with social organizations, civil society groups, writers, scientists, artists, graphic designers, etc. More and more, photojournalism is being carried out by freelancers, as budgets get cut, staffs shrink and publications close. In these conditions, it is often too hard and too lonely to work entirely on your own. While there is certainly a role for highly individual projects, in general, I think nowadays one does best by working on projects with other people. A great example of that sort of collaboration would be El Faro in El Salvador.

In a time when everything seems made for immediate consumption, including news, you devote yourself to immersive photojournalism. Why do you like this kind of work and what is the importance of it?

Maybe I'm just slow by nature. I certainly respect colleagues who do great spot news work and can file from the field using their cell phone to edit and write captions and off it goes. There are many valid approaches to the work.

Generally, my process is to start working on a story, and then it gets under my skin and I begin to look for further assignments or grants to finance going back and I get all obsessed about it. Because it takes time to find the resources, the pace can be frustrating but it ends up that I have more of a longitudinal view than I would have had otherwise. For example, Violentology: A Manual of the Colombian Conflict took over twelve years to complete, but in the end the book covers the period from the apex of the FARC to the paramilitary offensive which nearly took over Colombia to the beginnings of the peace process. Likewise, La Batea looks at gold mining over a five year period, and a lot happened during that time to make for a more nuanced understanding of the story. While I am building the larger work, I seek to distribute and publish parts of it in essay form as a way to finance the project and to remain current.