They depict Central American migration to the United States, dancers in an indigenous festival in Peru’s Sinakara Valley, the daily lives of Centennials in Colombia, women serving prison sentences in Venezuela, threats to ancient ruins as the city of Lima expands and environmental poisoning and its effects on Chileans.

The photos of journalists from Latin America, Spain and Portugal were recognized this year during the 2019 POY Latam Awards, founded in 2011 by Loup Langton and Pablo Corral Vega and held every two years.

“That was our mission in 2011, to really help give Latin American photographers and visual storytellers the ability to tell their own stories about their own countries, their own people and their own communities and to put those stories on a world stage,” Langton told the Knight Center.

Langton, a professor at Western Kentucky University, said there is more interest in Latin American photography around the world today, as well as a strong community of visual storytellers in the region that compete with and support each other. 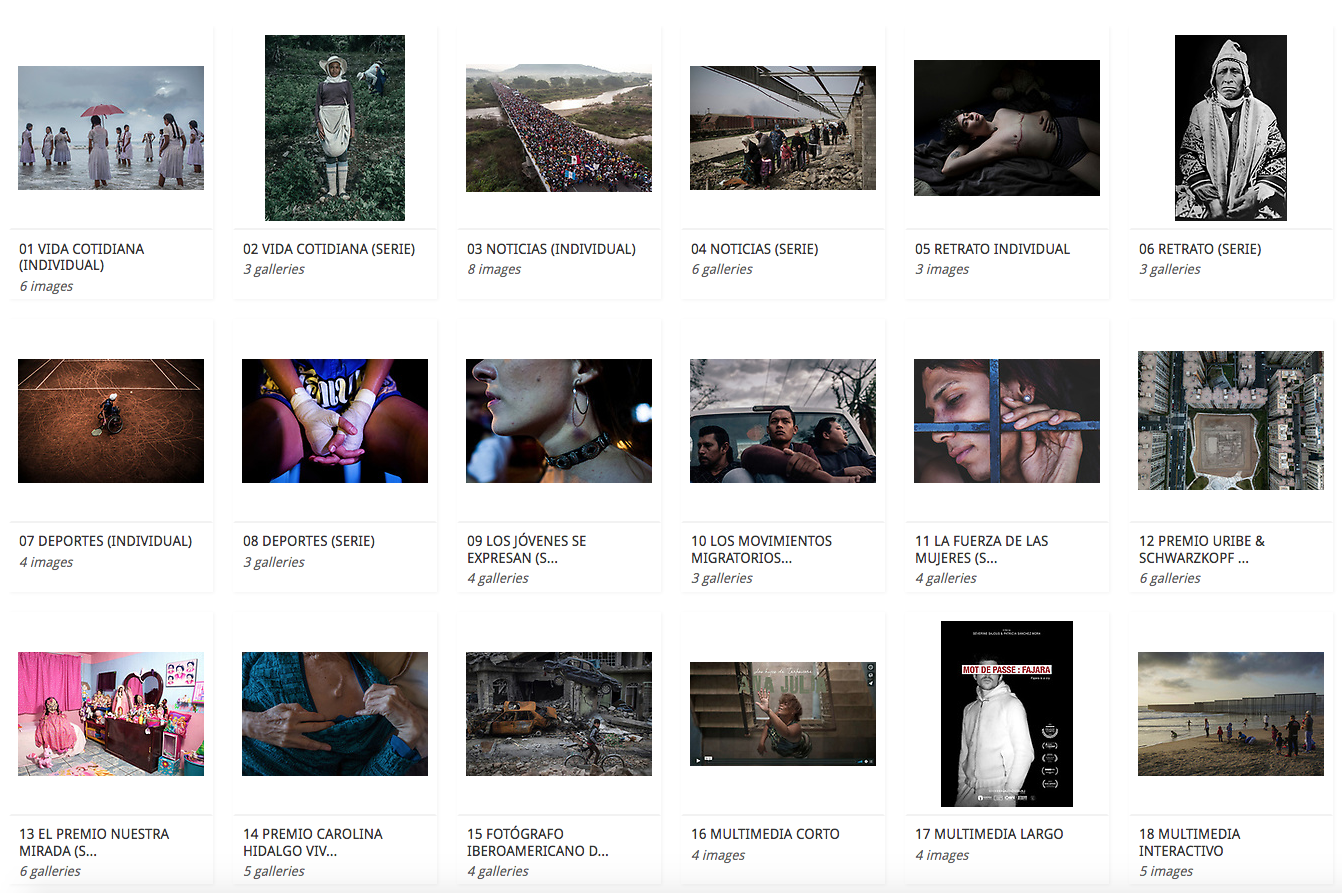 The first place winners for the 2019 POY Latam awards come from across Latin America, Spain, Portugal, France and the U.S. (Screenshot)

In this year’s edition, Associated Press photographer Felipe Dana of Brazil won the award for Best Iberoamerican Photographer of the Year.

The photos in Dana’s winning portfolio take the viewer from the Middle East to Eastern Europe to South America and Africa. They document protests in the Gaza Strip, a Ukraine nationalist youth camp, fighting the Islamic State in Iraq and Syria, poverty in Rio de Janeiro’s favelas, and the families of missing Senegalese migrants who may have been lost at sea.

Judging took place from May 6 to 10 in Quito, Ecuador and was streamed live on Facebook. About 28,000 images from 1,278 photographers who applied to 19 categories were considered, according to POY Latam.

Two new categories were included this year: Migratory Movements and The Strength of Women. Goded commented on the small number of works presented in those categories and invited more people to participate, according to a release from POY Latam.

“I lack more participation in the category of women photographing woman, I invite us to imagine more stories and how to tell them through photography to make visible the new moment that women are living in Latin America,” she said.

All first place winners from the 2019 POY Latam Awards are listed below with links to their work:

Uribe and Schwarzkopf Award of the Future of Cities: Rodrigo Abd (Argentina)