A new role is emerging in newsrooms in Latin America and abroad as women’s movements like #NiUnaMenos and #MeToo take hold across the world. 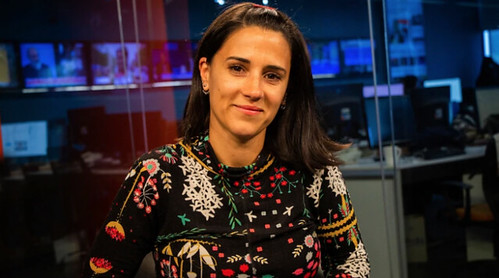 Independent news site Infobae of Argentina is the latest to join in the trend as it names a new gender editor “to ensure a gender perspective in all areas of the media outlet,” as the news organization explained.

Gisele Sousa, the new gender editor at Infobae, agreed this would not be happening without the different feminist movements taking place in the world.

“The same thing happened in other newsrooms, it is like the strength of the women's movement and the different feminisms –because there is not one feminism, within feminism there are different strands– the power it has had in Argentina and in the world, moved by #NiUnaMenos, by #MeToo, and by different movements that aim to make visible issues that were hidden and that are based on these inequalities and that affect women at different times in their lives,” Sousa told the Knight Center.

Sousa also considered the criticism exerted by audiences on social networks regarding gender issues as an external force that drove this new focus in newsrooms.

The trend of adopting a gender editor started with The New York Times as it named its editor in October 2017. Spanish newspaper El País followed suit in May 2018.

In Latin America, Brazilian journalist Paula Cesarino Costa took on the role of editor of diversity, which includes gender, at newspaper Folha de S. Paulo in May 2019.

Regarding her expectations as gender editor at Infobae, Sousa commented that she will face the challenge of including the perspective of gender in all sections. “That is the biggest challenge because, let's see, in Argentina, at least, we already have some responsibility to deal with the different forms of violence that affect women, and that was the first step that was taken over time,” she said.

Above all, Sousa said, it is about making women more visible in coverage so that they are also cited as experts, references in journalistic articles.

"To call women for issues that were traditionally addressed to men, not calling women for sensitive issues and men to resolve the economy and politics of the country, but there are men and women experts in all areas," Sousa said.

And that, for example, “in sports, when we talk about women, they are not only the partners of the players but that they are women athletes. I think that is sometimes the most difficult, I believe that many people do it sometimes without realizing it, and putting on that gender perspective lens is saying: would you ask that same question to a man?” 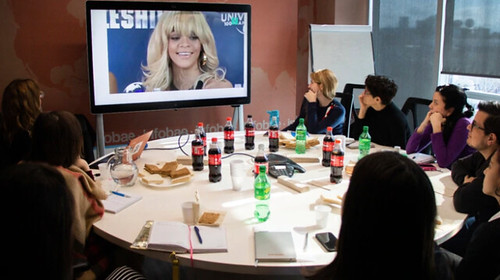 In addition to incorporating a gender editor in the newsroom, Infobae brought in journalist Mariana Carbajal at the suggestion of Sousa to train the entire team, both journalistic and administrative, on how to produce journalism with a gender perspective.

“Mariana Carbajal has been working on this issue for a thousand years and since she is a journalist who speaks our language, I thought it was giving that power to another woman who was in a position to do it,” Sousa emphasized.

The training, which will be cyclical and will address the needs of the different sections of the newsroom and other areas of the media outlet, will last several months and will also be delivered remotely to the Infobae newsroom in Mexico.

Infobae said it also aims to “promote a cultural change to break what is known as the ‘glass ceiling’” and emphasized that women “direct vital areas” of the news organization.

"The truth is, I think the challenge is greater now,” Sousa said. “It is to include the perspective of gender in all sections and to try to promote equality and equity, basically, between men and women and the different ways of being a woman, not only the biological woman but girls, adolescents, trans women. Boosting that equality of opportunities each one in its area.”