During the COVID-19 pandemic, the management of Brazilian newspaper Diário do Grande ABC stopped publishing the supplement Diarinho, which is made for children, in order to reduce costs at a difficult time in light of the health crisis. This decision had to be reversed the following week.

"On the Sunday the supplement didn't come out, people who buy the newspaper at newsstands complained. When they realized that there was no Diarinho, they came back to return the newspaper and ask for their money back. Not to mention the subscribers who called the newspaper all day to complain. Next week, Diarinho was there," editor Nilton Valentim told LatAm Journalism Review (LJR). 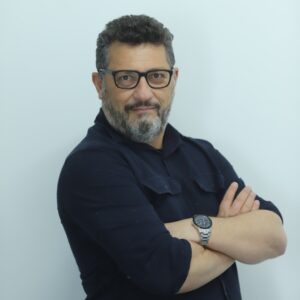 Nilton Valentim is the editor of Diarinho, which has been on the newsstands for 50 years. This children's supplement has a loyal following that has grown into becoming readers of the Diário do Grande ABC (Photo: Courtesy)

Valentim is part of COLO - Coletivo de Jornalismo Infantojuvenil [Children and Youth Journalism Collective]. Created in February 2022, the group brings together communicators and journalists who produce news content aimed at children and adolescents, as well as researchers in the field of communication and childhood. At this early stage, the group's goal is to show that this market exists, but faces challenges, such as prejudice in newsrooms and in the advertising market.

Not long ago, most of the daily newspapers in Brazil published supplements aimed at school-age readers. Folha and O Globo, the two most widely-read newspapers in the country, published Folhinha and Globinho, which were inserted in the newspaper and contained a mix of news, comics, and activities for children and young people. These supplements, however, were discontinued in 2016 and 2013, respectively, as these newspapers cut costs and adapted their structures in order to survive the transition to digital.

The mere existence of Diarinho is the exception that confirms the rule, surviving as one of the few children's supplements that still circulate periodically in Brazilian newspapers. In 2022, it reached 50 years, with 2,592 editions published as of Nov. 6.

"Many adults who read the newspaper today became interested in the news because of Diarinho at a time when there was no internet, no cell phone, no YouTube, and no Tik Tok. Many things have changed, but it is of paramount importance to continue offering interesting content to these young people. Not least so they’re able to better evaluate the information that comes through electronic media," Valentim said. "Offering content that is of interest to them will certainly make these young people interested in reading, in staying informed."

One of these adults who discovered the news as a child through children's newspaper supplements is journalist and researcher Juliana Doretto, a professor in the Graduate Program in Languages, Media, and Art and in the school of journalism at PUC-Campinas, [in Sao Paulo state, Brazil]. Years later, she had one of her first professional experiences as an editor at Folhinha, which was published by Folha de S.Paulo. Doretto is one of the founders of COLO.

"Our children's journalism used to focus on print editions in the supplements of traditional newspapers. With the press crisis, it was one of the first sections to be cut," Doretto told LJR. "COLO emerged from the coming together of academics who look at these issues, and actors of this market, [starting from] the understanding that we need to establish and strengthen a field of non-fiction communication aimed at children and young people." 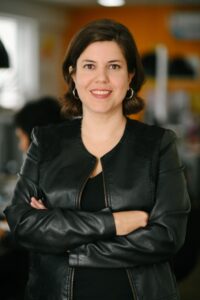 Maria Carolina Cristianini, editor-in-chief of JOCA: "To do journalism for children or young people is to fulfill a right that is already provided for, and we are really just fulfilling our obligation." (Photo: Courtesy)

COLO currently has 28 members who represent academia and media. Among them is the newspaper JOCA, launched in 2011 as the first news outlet aimed exclusively at an audience of school-age children and adolescents. The main product, a biweekly print edition, has 302,000 subscribers in all Brazilian states.

"It is a newspaper that offers current news, that is, news that we see everywhere, considered to be 'adult' news, published in traditional newspapers. We bring it to children and teenagers in a language that they can understand, with explanations that sometimes traditional journalism doesn't provide, because it assumes adults already know about it," Maria Carolina Cristianini, editor-in-chief of JOCA, told LJR.

Another member of COLO is Radinho BdF, a weekly 30-minute radio program aimed at children and families, which airs on Radio Brasil Atual, Greater São Paulo, and is rebroadcast on 170 stations throughout the country, as well as is available on the main podcast platforms. On the air for two and a half years, Radinho BdF has already produced more than one hundred episodes and has won journalism awards.

The episode "Refugee children discuss the right to migrate" on Radinho BdF received an honorable mention in the Vladimir Herzog Prize for Journalism and Human Rights 2021, one of the most prestigious in Brazil. The episode tells stories of children from Venezuela, Russia, Angola, Haiti, and Syria living in Brazil as refugees, along with their families. 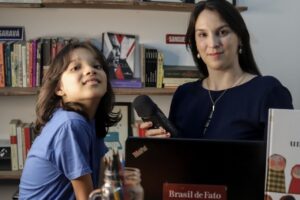 "All episodes were made from interviews with the children, an average of five per episode. This is our main focus, to build the script, and to disseminate information from the children's experience. We believe that building something together with them is the best way to establish a dialogue with this public. And it is always very positive and surprising how much they know and reflect on the proposed themes. Children have a lot to say," Camila Salmazio, presenter and scriptwriter of Radinho BdF, told LJR.

Children have a right to information, as provided for in the UN Convention on the Rights of the Child, ratified by 196 countries. The document recognizes the role played by the media in ensuring children's access to this right. Nevertheless, in practice, journalism aimed at people under the age of 18 is not widespread. In spite of the economic issues that have caused the disappearance of children's supplements from traditional newspapers, other factors contribute to this situation, according to the assessment of sources interviewed by LJR. 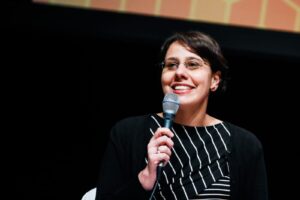 Juliana Doretto, from PUC-Campinas, founder of COLO: "Journalism for children is one of the elements that construct the idea of childhood that society develops." (Photo: Courtesy)

"Children's journalism is treated with prejudice within newsrooms and by the market because children are treated as naive, dumb, and incapable of thinking critically about the world they live in. It's a diminishing way of treating children," Doretto said. "Journalism for children is one of the elements that constructs the idea of childhood that society develops. The way we talk about reality with children influences how adults see children and how children see themselves."

Based on this diagnosis, COLO proposes three lines of action. The first, in universities and journalism schools, is to show future journalists that children's journalism exists and that it’s an area of activity that is as important as political and economic journalism. The second is to strengthen ties with schools, so they can deepen the use of journalistic language to enrich the teaching and learning processes. And the third, is in the area of public policy to value and encourage journalism for children and teenagers.

"This is a forgotten public within journalism. Besides it being a right of children and adolescents to receive adequate information and express their opinions, I think it’s part of the education of any citizen to have access to information," Salmazio said. "(The challenges) are many, starting with the barriers of prejudice that children should not talk or receive information about topics such as politics, for example.

The host of Radinho BdF doesn't avoid difficult subjects in the show just because children are the audience. Issues such as climate change, elections, and pandemics are among the subjects covered on the show. The episode about refugees is proof of this, and others, such as one that addresses the issue of sexual violence against minors -- a topic considered taboo even in journalism for more mature audiences. The show "What is self-protection and how to take care of your body?" won the Fundação José Luiz Egydio Setúbal Communication Award.

"I gave a lot of thought to how to approach this topic because it is a taboo subject in our society. And children, once again, led this path with great competence, sharing very important information. It was special because I understood that doing journalism for children is, in fact, doing journalism within everyone's reach," Salmazio said. 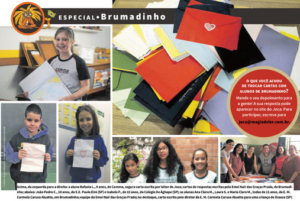 Juliana Doretto, from PUC-Campinas, founder of COLO: "Journalism for children is one of the elements that construct the idea of childhood that society develops." (Photo: Courtesy)

In the same vein, Cristianini points out that JOCA is committed to reporting on current news in traditional media. This means sometimes covering tragic situations, such as the Brumadinho dam burst, which killed 270 people [in the Minas Gerais state] in 2019. In addition to publishing the news, the newspaper decided to engage its readers, asking them to write letters of solidarity to the children in the affected town.

"This campaign lasted a few months, and we received around 3,000 letters from our readers, which we actually sent to Brumadinho. And then a campaign began in some schools in Brumadinho responding to our readers who had sent these letters to them," Cristianini said.

During the prolonged coverage of the COVID-19 pandemic, Cristianini already noticed a change in readers' reactions. In the beginning, they received basic questions, such as "what is a pandemic." But over time, as the newspaper went deeper into explanations, the questions started to get deeper as well. Readers now wanted to know "what is a strain" and "how is a vaccine produced?”