As in life, the only constant in journalism has been change. Technological advances over the years have modified the profile of the journalist. The image of the journalist as a lone wolf with a typewriter and notebook in hand has been left behind. It has given way to the profile of a multifaceted professional who can write, take pictures, edit video, record audio, and even program.

Learning to write code appears to be a crucial skill for journalists in increasingly digitized and integrated newsrooms. Knowledge of languages such as Java, Python, HTML or R allows journalists to develop web pages or applications, manage and analyze large databases, and create interactive visualizations.

An endless number of learning platforms offer programming courses for journalists. During the last Knight Center course on the statistical programming language R, more than 3,300 students from 131 countries enrolled. Due to high demand, a more advanced course was created, which will begin in September.

Taking the above into consideration, LatAm Journalism Review (LJR) decided to interview journalists and other media professionals  in Latin America to answer the question: Is it vital for a journalist to learn to program?

In 2015, Spanish journalist Lydia Aguirre answered that question in her blog. According to Aguirre, a journalist did not necessarily have to learn to program, but he or she had to know how to think in code. "Thinking in code is nothing more than understanding how the platforms we use every day to publish and distribute the content you generate work, so that you can get the most out of them. Knowing some basic principles so you can dialogue more effectively with the technical team (developers, designers, SEO experts, audience analysts...). To think like machines, knowing the structures, formats and processes of your news outlet’s content manager will allow you to save precious time and save time for your colleagues in the tech team," Aguirre wrote.

Several of the journalists and communication professionals interviewed by LJR agree with this premise. Flavio Vargas, a Colombian journalist and digital communication expert, says it’s not about making it mandatory, but rather achieving communication between the work of developer and journalist. "It’d be good to have some degree of digital literacy, including the basics about what a developer does in relation to journalistic work," Vargas told LJR.

For his part, Argentine graphic designer Andrés Snitcofsky, who specializes in data visualization and different branches of visual communication, says we should not fall into the hype that all journalists must necessarily learn to program. "Rather, journalists should understand programming, how it works, how to talk to programmers and how to feed data into what they do. If we all learn everything, then nobody knows anything. It's like an architect who doesn't have to know how to literally build a house, but rather know and understand the processes," Snitcofsky told LJR.

"I think we should give it more thought. Courses could be created to understand programming, not necessarily to learn how to program. It doesn't make sense for all of us to be a one-man-band," Snitcofsky said. 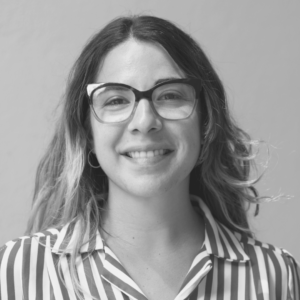 Puerto Rican journalist Laura Moscoso, training director for Investigative Reporters and Editors, thinks journalists have to be open and available to continue learning skills that allow them to do better journalism (Photo: Courtesy)

Snitcofsky has worked on journalistic visualization projects such as Cargografías or Economía Feminista. In those projects, it’s been essential that the different disciplines in the team (design, programming, journalism) understand each other and communicate assertively.

Those interviewed for this article agree that more than learning to program a certain language, it is about being open and available to continue learning skills that allow them to do better journalism. "Our profession forces us to be on the ball of social, political and cultural events, and that includes technologies that we can incorporate little by little. Moreover, we live in a world where form is now also content. So we must not ignore anything that allows us to tell stories better or analyze more sharply. All this, of course, without forgetting the core of journalism: ethics, empathy, and social responsibility in the handling and distribution of information," Puerto Rican journalist Laura Moscoso, training director for Investigative Reporters and Editors, told LJR.

It depends on the journalistic approach

In an interview, journalist Paul Steiger talked about the model adopted by the independent U.S. news agency ProPublica: journalists who know how to program as well as report. For Steiger, the digital or data tools we now have are as fundamental to the practice of journalism as the telegraph, photography or radio were in their time.

Steiger says that even in the most complicated data operations that they perform at ProPublica, they work with specialists who have a journalistic mindset. So journalism and programming complement each other in that newsroom. Journalism and programming complement each other in ProPublica. (Photo: Demetrius Freeman).

It is important to note that ProPublica is a successful example of investigative journalism where working with large amounts of data and visualizing findings is crucial. Some of the people consulted for this article explain that deciding whether or not to learn programming will depend a lot on the journalistic approach you want to take.

"I don't think it's necessary to know how to program. Maybe it can help you with some freelance work, but programming is a very demanding career. I work with digital marketing and I have an associated team to whom I delegate that need of my clients," Venezuelan journalist and photographer Ángel Rivero told LJR.

So, perhaps if the journalist's focus is to become a photojournalist, a television anchor or a social media manager, programming doesn't seem to be very necessary.

London-based freelance journalist Daniel Cappa agrees. He says that programming is useful, but not vital in journalism. "Programming can range from scrapping (a technique for extracting information from websites) to web development, statistical analysis, data visualization and front-end development. Knowing how to program may give you new job opportunities as a data analyst or developer, but those positions are not necessarily journalism. Journalism is still about reporting, cross-checking sources, context, etc."

Cappa specialized in data journalism and has been learning R and Python programming languages. However, he wouldn’t dare say he knows how to program because he finds it a complex and difficult type of work in which he still needs to improve.

And what do developers think about more and more journalists learning to code? An attempt was also made to answer this question. In this case, they say that learning to program is not an easy task. It requires time and dedication.

"Knowing how to program can open up new job opportunities for journalists, but it will also depend on how they want to approach their career. Big digital media inside and outside the U.S. are increasingly focusing their reporting on visualizations and data analysis, which require some degree of programming knowledge," Raúl Echezuria, a Venezuelan data analyst and visual developer, told LJR.  "Mind you, we have to be clear, and this is not to scare anyone, but programming is not easy. You have to be resilient to frustrations, because the learning curve is steep."