“The name has a charge, a message of declaration of what we are, and that is that we are, first: the place where things originate, such as the epicenter of an earthquake, where movements are generated from the news, from the facts and events,” Clara Elvira Ospina told LatAm Journalism Review (LJR).

And second, Ospina added, "[we are] the center, the place where the extremes meet."

Ospina, former news director of América TV and Canal N, was dismissed at the end of April 2021, after the first round of presidential elections. The board of directors of América TV, whose majority shareholder is Grupo El Comercio, took away Ospina's vote of confidence after a meeting she held with the presidential candidate Keiko Fujimori, in which the politician was allegedly told that the channel's journalistic coverage would not favor her campaign, but would be unbiased.

In early June, a large part of the Cuarto Poder news team that Opsina directed, which had worked on the show for more than 15 years, was dismissed and some resigned, as a result.

Before leaving, the Cuarto Poder journalists asked the América TV board of directors, through an initial letter, that the publisher respect the guiding principles of journalistic ethics after Ospina’s untimely dismissal. In a second letter, the journalists stated that they had been censored and that the editorial line of the journalistic coverage of the presidential elections was not being balanced for both candidates in the race.

After analyzing the case, the Ethics Court of the Peruvian Press Council argued in a resolution that there was "an information bias in matters of public interest" by the Compañía Peruana de Radiodifusión (CPR) -América TV- during the second electoral round. However, CPR indicated before the Court that América TV and Canal N “have been respectful of the Code of Ethics and the Guiding Principles,” that “the principle of impartiality was not violated in the second presidential round,” and that “they comply with the highest international standards of journalistic ethics.”

Some of the journalists who left and now make up Epicentro TV are Gabriela García, Daniel Yovera, Anuska Buenaluque, David Gómez-Fernandini and René Gastelumendi, in addition to Ospina.

"The journalists of the political crónica of Cuarto Poder felt very strongly the impact of the decision not to broadcast balance in the content," Ospina said in reference to the editorial decisions taken after her dismissal and the credibility crisis that the elections unleashed in the press.

For this reason, Ospina added, given the deep crisis of journalistic credibility of the traditional media, the only space they saw as possible to continue doing independent journalism was their own space.

Since the creation of Epicentro TV on July 26, everyone has done a bit of everything, Gabriela García, former director of the program Cuarto Poder, told LJR. “Now, I am a news producer, I am also producing content and at the same time I am seeing administrative issues of us as a company. We all have ‘many jobs.’”

However, she stressed that they have "the support of a lot of people who have bought into the project as if it were their own, and who help us without seeing a penny." They have collaborators who help them with legal, administrative matters and with the management of the web platform.

The transition from TV to the web

Yovera, as an investigative journalist, told LJR that the images of his reports are no longer taken with the conventional video camera. "Now, I have to make the images myself and with my cell phone, or have images from other collaborators, such as sources, informants, colleagues." The voiceover is no longer made from a booth equipped for it, he added.

However, unlike TV's quality requirements, networks and digital have greater flexibility for the production of content, Ospina said.

They also have the help of collaborators, who assist them with the television editing that they publish on their website.

"People have to know that we were not good just because we were in a large media outlet, on a big channel," Ospina said, noting that now, a month after the site went on air, people already know that they are there, and the welcome they have received has been very important.

In the few weeks they’ve been on air, they are getting more organized, Ospina stressed. She highlighted that they have established, as a team, to comment live on the news they have published throughout the week, every Sunday at 6 p.m.

"Video is what differentiates us," Garcia explained. "There is a great and good offer of digital journalism in Peru that is obviously years ahead of us, which has very good journalistic sources, good information, and sources of funding, but not a video platform."

Unlike being part of a large media outlet, the journalists are now faced with the difficult task of monetizing a digital journalism project.

"It is our undertaking, no one is financing us, we finance it, and we pitch in every time we have to pay something," Ospina said. They trust, she added, that there are people who believe in them as a good alternative for independent journalism, and thus will be able to get sponsorship.

Their plans also include doing a podcast, newsletter, creative news products that directly reach each person in their audience, García explained.

At the moment, Epicentro TV has subscriptions as a business model. Much of their content is still open to the public except for the two main investigations they do each week. Subscriber content will grow, García said.

For example, one of its sections, El Cuarto del Poder, will be for subscribers in the future, García said.

"It is a wink, the political gossip wink, like the small notes that newspapers have, such as the 'unconfirmed,’ which are the comments, the after-dinner talk, the final information behind the scenes," García said, noting that it is actually confirmed data posted more informally. 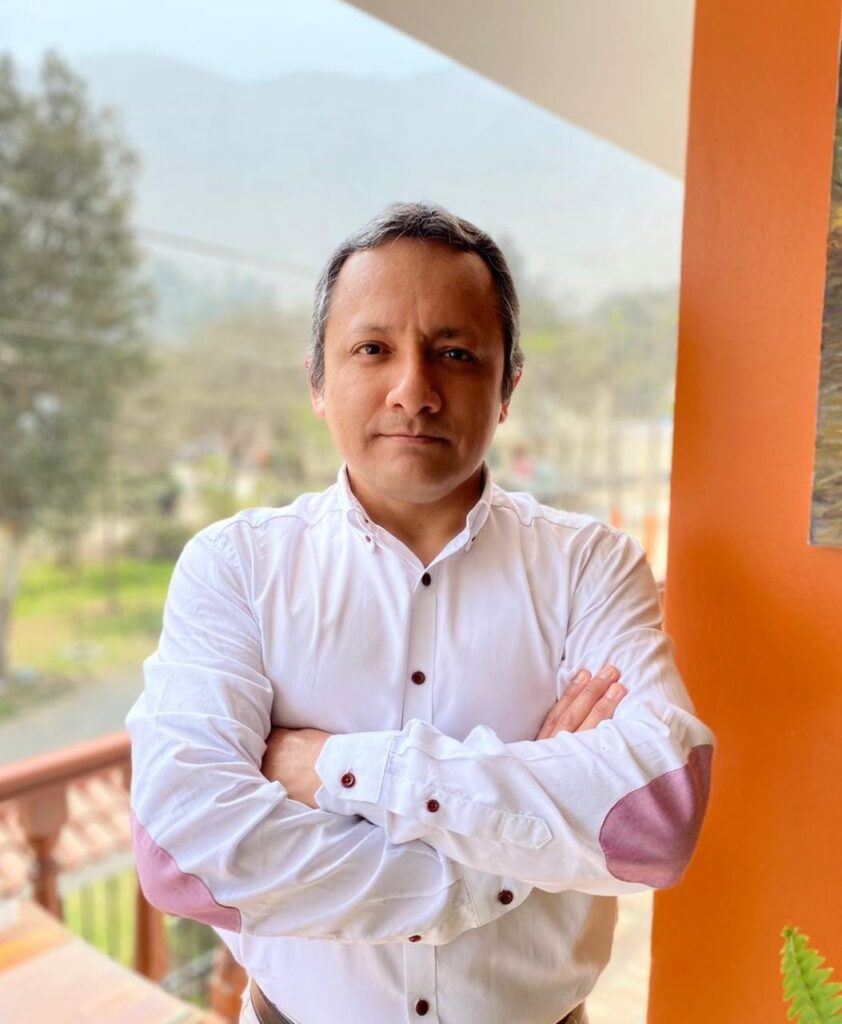 In addition to El Cuarto del Poder, the site has sections including “Lo Último” (The Latest), which has the most current news; “Hora de Leer” (Reading Time), which are usually book reviews including interviews with their authors; “Replica” (Reply, but also with the meaning of “after-shock,” in English), as a space for interview and discussion; “Para Entender” (To Understand), where they explain in greater depth some context or current controversial subject in Peru or another part of the world.

Although Yovera misses being able to do journalism on television, he feels that Epicentro offers him the opportunity to explore the interview as a journalistic genre every time he has to do one for the Para Entender section. But his main objective, he said, is to consolidate Epicentro TV, for it and the news team to be sustainable over time, in addition to maintaining its independence and pluralism.

“We are all learning and seeing a formula that keeps us in our place, that does not take away our independence or take away the ability to speak on absolutely all topics freely. That is the important thing, that is the challenge,” Garcia said.