Nearly 500 students from all Latin American countries recently finished a special online course in Spanish and joined efforts to promote diversity, equity and inclusion (DEI) in newsrooms and in the content they produce.

The course, “How to promote diversity, equity and inclusion (DEI) in Latin American journalism,” was offered from Feb. 28 to March 27 as part of a series of initiatives (courses, webinars, a conference and an ebook) organized by the Knight Center for Journalism in the Americas, thanks to generous support from Google News Initiative. The goal is to encourage Latin American journalists to better understand DEI issues and incorporate those concepts in their work. 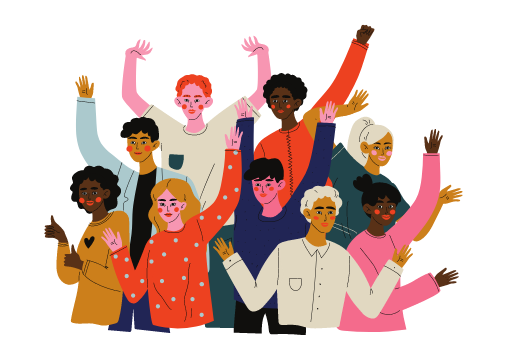 “Since we launched our first massive open online course (MOOC) last year on diversity in journalism, we have been impressed with the great interest shown by Latin American journalists in learning more about the topic and how they can incorporate it into their organizations and news coverage,” said professor Rosental Alves, founder and director of the Knight Center. “Thanks to GNI support, we could not only offer that MOOC, but follow up with other initiatives to spread the word about DEI among Latin American journalists.” 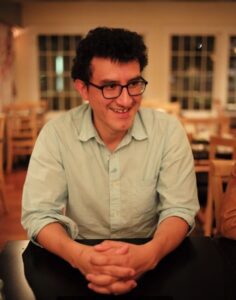 In January 2021, the Knight Center offered the MOOC in Spanish “Diversity in the news and in newsrooms,” taught by Peruvian journalist Marco Avilés. The course, which attracted almost 2,000 people from all Latin American countries, is now available as a self-directed course that can be accessed from the JournalismCourses.org online learning platform.

“‘Diversity in the news and newsrooms’ is a course that offers ideas, advice, readings, discussions and experiences,” Avilés said. “But above all, it tries to motivate you to take action. That is, to create equitable workspaces and more responsive journalism.”

Now, in its self-directed version, the course is available for consultation by students who took the MOOC and by new people interested in the topic who can take the course at their own pace. It’s free and registration is not required.

After the conclusion of the MOOC, the Knight Center organized the first Latin American Conference on Diversity in Journalism. Held from March 26-27, 2021, the conference focused on the topics of gender, sexual orientation, racial and ethnic issues, and disability. All videos from this conference, which was held in Spanish, can be found on YouTube. It’s a fascinating conversation among 20 Latin American journalists concerned about diversity (or the lack of) in the region’s journalism. 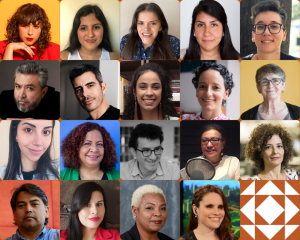 Speakers of the First Latin American Conference on Diversity in Journalism

Then, on July 17, 2021, during a panel at the annual conference of the National Association of Hispanic Journalists (NAHJ) of the United States, the Knight Center announced the publication of the pioneering ebook “Diversity in Latin American Journalism.” The ebook features articles by 16 journalists from seven countries on how to make newsrooms and news coverage more inclusive. The ebook, which is in Spanish, can be downloaded for free from JournalismCourses.org.

Mexican journalist and course coordinator Mariana Alvarado also carried out one-on-one interviews with directors of media organizations in Latin America, discussing efforts, or lack of effort, to promote DEI in the news and their newsrooms.

The survey and interviews also revealed another important focus. 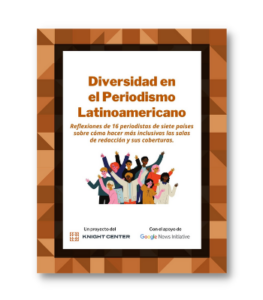 The ebook "Diversity in Latin American Journalism" is available for free download from JournalismCourses.org.

“We understood that we need to educate everyone in the industry, not just journalists, but also directors and people in human resources,” she said,

As a result, among the course participants were not only journalists, academics and students, but also people in management and in leadership positions.

Additionally, more than 34 percent of applications for the course were men, noteworthy since Alvarado said DEI work often falls to women.

"Student participation was very extensive, very active and the interaction that took place with the instructors of each module was special, because unlike other online courses, much of the participants in forums received feedback or comments quickly and successfully, both from other students and from the instructors themselves,” Alvarado said.

The online course “How to promote diversity, equity and inclusion (DEI) in Latin American journalism” is now available as a self-directed course and can be taken at any time.

Following the course, Alvarado and the instructors carried out training sessions with individual newsrooms in Peru, Colombia and Mexico. A fourth in Argentina is forthcoming. During these trainings, they shared content from the courses, but personalized it to the particular newsroom, for example, focusing on gender or anti-racist coverage. The training sessions attracted journalists and media executives.

Course instructor Lucia Solis reflected on the importance of making time and space in Latin American newsrooms for the exploration of DEI issues.

“I firmly believe that the journalistic profession is closely related to respect for human rights, only that in recent decades this fundamental aspect of journalism has been neglected. The production of information has been normalized without taking into account the diverse, equitable and inclusive representation of vulnerable populations such as women, people of color or people with disabilities and the LGTBIQ+ community,” Solis said. “That is why I consider it important for journalism to respond to the demands of a society that expects structural changes both in journalistic production and in the workspaces themselves, and rediscovers its basic principles such as the plurality of voices, ethics, the monitoring of compliance with human rights and inclusion both for those who access the information and among those who produce it.”

Both in the course and in the trainings, Alvarado noted open and humble attitudes among participants.

“They were very open about all the topics that we shared with them,” she said. “We never had any issues with anyone being disrespectful or arrogant about the topics we shared. There was always a good vibe with them learning and sharing experiences with us. They were humble when trying to learn about concepts we were sharing, even though some people already had experience with them.”

“We are very proud and happy with the results, since a lot of our participants expressed they were already implementing some changes in their newsrooms and sharing information from what they learned,” she also said.

Solis sees hope for the expansion of the conversation surrounding DEI in Latin America for the future.

“I am sure that the initiatives have not only been well received, but have also planted a seed of commitment to diversity, equity and inclusion in Latin American journalism that we will be able to see grow, I hope, this year and in the coming years,” Solis said.