Journalists and media from countries that had elections in 2018, such as Mexico, Brazil, Venezuela, Paraguay, Colombia and El Salvador, confronted situations of violence and censorship. This was noted in the annual report from the Office of the Special Rapporteur for Freedom of Expression of the Inter-American Commission on Human Rights (IACHR). 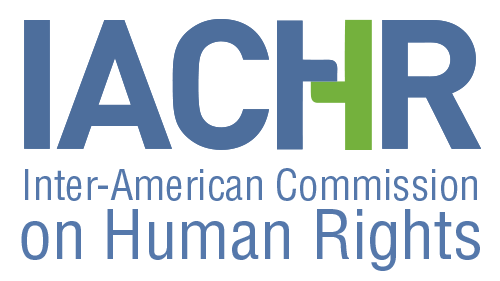 That hostile environment, according to the report, was promoted by political leaders, supporters of candidates and state entities, particularly in Mexico, where dozens of homicides of the general public were reported during the electoral process.

However, violence and stigmatization against the press persist in many countries of the region, especially due to increasingly polarized political contexts, the document said.

According to the analysis of the Office of the Special Rapporteur, at least 31 journalists and press workers were murdered in the Americas during 2018 for reasons related to their work. In 2017 there were 22 cases, it said.

The murders were recorded in Mexico, the United States, Brazil, Guatemala, Colombia and Nicaragua.

In the case of Ecuador, the Office of the Special Rapporteur noted that while there is a willingness on the part of the current government to restore the guarantees of freedom of expression that the authoritarian government of former President Rafael Correa weakened in the country, there is still a need for collaboration between countries in the region to establish common standards that end impunity regarding aggressions and crimes committed against journalists.

In this regard, the Commission referred to murders of the three workers from Ecuadorian newspaper El Comercio who were abducted on the border between Ecuador and Colombia, and subsequently murdered.

As for Venezuela, Cuba and Nicaragua, aggressions promoted by the State towards journalists, media and opponents, as well as the stigmatization of journalists and independent media, were observed.

The report documented that many journalists in the Americas decide not to conduct investigations or publish information of local public interest to avoid reprisals against them and their families.

Venezuela, Nicaragua and Cuba are among the countries whose senior authorities continue to use a disqualifying discourse against journalistic work, media and human rights organizations. In this regard, what is happening in the United States and Brazil also worries the Commission.

The report pointed to the tendency to use instruments, such as the incitement to terrorism, by the State to persecute journalists and government opponents, as has happened especially in Nicaragua and Venezuela. In addition, the international body viewed with concern the bills currently being debated in Brazil that would seek to criminalize the right to protest and freedom of expression.

On the other hand, the Commission highlighted progress in countries such as Peru, Argentina, Canada and Paraguay that have adopted measures for the incorporation of the standards of the inter-American system and the strengthening of access to public information.

Among the recommendations, the IACHR noted that it is imperative to adopt mechanisms to prevent violence against communicators, in addition to ensuring the safety of journalists and to respect their right to keep their sources of information secret.

It also considers important the establishment of a guide of conduct or guidelines to respect the right to freedom of expression, as well as the training of public officials and law enforcement agencies in that regard.

Regarding cases of violence against journalists, the organization recommends carrying out effective and neutral investigations of the murders, assaults, acts of intimidation and threats against journalists and press workers to clarify if these were the result of their professional work.

The report also addressed the issue of journalists who were displaced or exiled because of their profession. The IACHR urged States to find a way to guarantee that these journalists could return safely to their homes.

Laws that criminalize the right to freedom of expression with legal instruments that allow journalists to continue to be criminally prosecuted for defamation and calumnia as a result of their journalistic reports or opinions should be repealed, it said. In Chile, Peru, Colombia, Brazil and Venezuela, several journalists were sued with this motive during the past year.