Students from the most recent course on data journalism from the Knight Center for Journalism in the Americas came away with an arsenal of free tools and the skills to use them in their reporting.

Nearly 400 people from 58 countries registered for “Hands-on Data Journalism: Techniques of Analysis and Visualization,” which was taught by John Keefe, senior data and visuals editor for climate coverage at CNN. 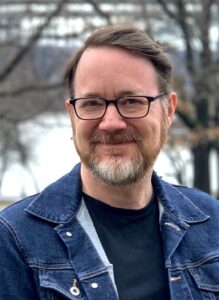 The special program, called a Big Online Course (BOC), ran from May 31 to June 27, 2021. Unlike Massive Open Online Courses (MOOCs), BOCs are tailored for advanced level training and limited to a few hundred students. They also afford greater interaction between students and the instructor.

Students learned how to interrogate data and turn it into a source for their reporting using free tools. Keefe provided hands-on tutorials using the dog license database for New York City as an example, and students were also encouraged to practice techniques learned using their own datasets.

“I was so impressed at how quickly the students picked up the [programming] language of SQL and applied it to their own datasets,” said Keefe, a leading expert and pioneer of data journalism in the U.S.

“So many also made impressive charts with their data, some adding some impressive sophistication that went beyond the lessons,” he continued. “I had a great time teaching this course, and really enjoyed seeing everyone's progress.”

“John created a very welcoming, comfortable place to learn,” one student said in the final evaluation. “He was nothing but encouraging to students and was obviously having a good time teaching, and wanted us to have as much fun with data as he does. He broke down some pretty complex concepts so that they could be understood by everyone. He’s a born teacher and I hope to get to study with him again.”

“His video explanations were so clear, so step-by-step, and he anticipated so many places where a clumsy person might get lost,” a student said. “He did a review of what we had learned and he kept coming back to basics. In short, he was clear, he was encouraging, he helped us over the hump. As a teacher-trainer myself, I admired his methods.”

Though Keefe’s course has ended, you can find resources for continued education in journalism on the Knight Center’s distance learning platform, JournalismCourses.org.