Nearly 80% of local digital and regional media in Mexico want to include paid content or reader contributions, report says

Nearly 80% of local digital and regional media in Mexico are working for or plan, within three years, to incorporate a reader revenue model, meaning a paywall system, subscriptions, contributions or membership program.

The data comes from the research “The awakening of a sleeping giant? The profound changes that lie ahead in the local and regional media ecosystem in Mexico,” carried out by the World Association of News Publishers (WAN-IFRA) and the Technological University of Monterrey, with support from the Facebook Journalism Project. The report, which can be downloaded from the official website, will be presented in a webinar on Aug. 5th.

The survey was conducted in March 2021 with 51 media outlets in 27 of the 32 Mexican states. Among the media outlets, 32 are leading regional media in their city or state and with a print version, and the remaining 19 are local or specialized digital media.

According to the survey, few outlets in Mexico currently work with revenue streams from readers.

“The media surveyed seem not to follow the global trend of the information industry. While more and more media in the world adopt some reader revenue scheme (paywall, membership, subscription), the research revealed that 91 percent of regional media and 79% of digital media do not have any model of this type,” the report said.

At the same time, the dependence on advertising is enormous: it accounts for 76 percent of revenue in digital media and 70 percent in regional ones. The rate is only 16 percent and 28 percent, respectively, for payments coming from readers.

Despite painting this picture of the present, one of the main findings of the research is to show, precisely, that this scenario is changing rapidly. According to the study, 85 percent of respondents indicated that it was very or completely necessary for their outlet to change its business model over the next three years – the percentages were 93 for regional media and 74 for digital.

“This data is very revealing coming from an industry that, for decades, has been based on the same traditional circulation and advertising model [...] We see that the media are aware that an important change in their business model is necessary,” Rodrigo Bonilla, director of WAN-IFRA Americas who is in charge of the project, told LatAm Journalism Review (LJR). 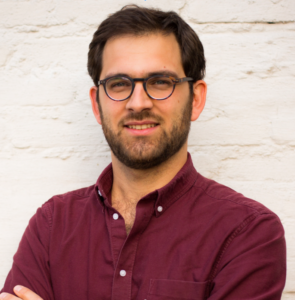 In addition, the report points out that this transformation will clearly be aimed at encouraging financial contributions from readers. Of the local digital media surveyed, 42 percent are already working on such a model and 37 percent plan to incorporate reader revenue within three years. In regional media, the rate is similar: 38 percent are in the process of developing a paywall or reader contribution model and 40 percent intend to do so within three years.

“One of the characteristics that this change will have will be the shift towards a model of paid content, subscription, membership, or contributions. Mexico presents a certain lag in this regard compared to its colleagues in Brazil, Argentina or Colombia. But, the fact that 80 percent are already working on this type of model or plan to do so in the next 3 years is extremely interesting,” Bonilla said.

For him, this transformation is already taking place throughout the industry on a global level and allows outlets to add a new source of revenue.

“The other sources of income are volatile. Programmatic advertising is tied to high audience and traffic levels. The latter tend to depend on algorithms that change unexpectedly and over which you have no control,” Bonilla said. “The paid content model is based on a relationship with a reader, a digital user. In this relationship, the media outlet has much more control, it has no intermediaries. The challenge, however, is to get to know that reader, understand them and offer them a valuable product.”

Turning to this new model, however, is challenging. Because it is necessary to attract paid readers, with a paywall, for example, but without losing audience, so as not to see advertising resources plummet.

“It's about monetizing the most loyal audience, most addicted to our content. The rest of the audience, who visit the media outlet more occasionally, should not be affected by a wall. It is a balance that you have to know how to calibrate and that requires tools and knowledge,” Bonilla explained.

For the national director of the Monterrey Technological Journalism Program, Alejandro Martín del Campo, there is no general formula for all media outlets, and the transition to a paid model needs to be gradual and along different paths.

“Perhaps starting with a porous wall that allows the consumption of a certain amount of content through a register before reaching the rigid wall could be a first step,” he told LJR. “In addition, betting on better journalism seems to work, as has been shown by international media that reinforced their newsrooms when they lived through complex times. The expansive effects of digital transformation will reach all media sooner or later.”

The proposal to offer news for free on the internet, guarantees Del Campo, has run out, a trend reinforced by the results of the survey.

“Information that serves the community, increases their quality of life and that is consumed digitally, has production costs that cannot be hidden or apportioned in other formats or services,” he said.

Among the findings of the survey, Del Campo points to the conclusion that the industry is still alive, because, in recent years, more than ten digital journalism ventures have been created, and the most recent regional media outlet is only 13 years old. According to him, what is changing is the business model and, for that, some outlets have the privilege of being able to adapt slowly, while others need to do so urgently.

“The pandemic not only accelerated digital transformation, it also turned the hourglass for the industry; some companies have the time of the Sahara to adapt, others the Sonoran desert and some the sandbox of their patio in face of the imminent change of business model,” he said.

For decades, this traditional model has allowed the press to be profitable, explains Del Campo, but the internet, a new lifestyle and mobile devices have radically transformed the space for advertisers and the way in which news is consumed.

“This new lifestyle is forcing the newspaper industry to modify certain behaviors, change some habits, but above all to adopt technology and data as a healthy way of life,” he said.

Del Campo includes in this transformation the need to offer new narratives and formats to meet the demand of new readers. For this, newsrooms need to be agile in adaptations, investing in infrastructure and training and, in short, must be resilient.

Although essential to get through this transition period, the use of data is still very limited in the Mexican newsrooms surveyed. For Bonilla, there is a perception among journalists that they know their audience well, which does not correspond to reality.

“Forty-three percent of the media do not have a dedicated audience analysis or data intelligence team,” Bonilla said. “When we review the familiarity they have with several of the free digital tools available on the market (CrowdTangle, Facebook Business Manager, Google Analytics, Google Ad Manager, and others), it is surprising that there are between 20-40 percent on average who know little or nothing about them. To achieve a subscription model, it is essential to know your audiences.”

Del Campo also highlights this data as revealing, in a context in which ”every day we hear information about the importance of data to make better decisions in any industry.”

He reinforces that the lack of knowledge about digital tools is real even though the newsrooms are mostly formed by young people.

At the same time, this effort must be accompanied by investments in competitive salaries, because, according to Bonilla, attracting and retaining talent is a major challenge.

“It will be necessary to prioritize resources and find a way to train or attract the best talent,” he said.