A journalist was killed on the night of April 21 in Bluefields in eastern Nicaragua during a Facebook Live broadcast of the fourth day of protests against pension reforms.

Ángel Gahona, director of El Meridiano, was fatally shot in front of a judicial complex, according to newspaper La Prensa. At the time, he was broadcasting on Facebook Live a confrontation between riot police and demonstrators, according to Confidencial. 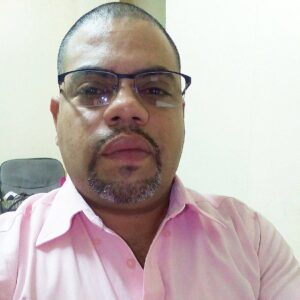 Before being hit, he was interviewing a demonstrator and told the person to seek refuge “because the police were coming,” Confidencial reported. Gahona “crossed the street and focused on an ATM that had been destroyed when several police enter the scene. He explains the state of the building when a detonation is heard and Gahona collapses to the floor and hits a concrete column,” the site explained.

Confidencial quoted a colleague of the journalist who was nearby when Gahona was hit as saying, “The shot came from the park, but I could not tell you who fired the shot.”

Ileana Lacayo Ortiz, a journalist and organizer in Bluefields for protests against reforms to the Nicaraguan Institute of Social Security (INSS, for its acronym in Spanish), told La Prensa “The only ones who were armed were the police and the riot police, who, upon seeing the group of young people who were tearing down a huge sign (with an image of [President] Daniel Ortega and [First Lady] Rosario Murillo), started firing and the journalist was there covering them.”

“He was hit with a bullet that was fired by the riot police,” she said, adding that the young people were not armed.

Edison Lanza, Special Rappporteur for Freedom of Expression of the Inter American Human Rights Commission of the OAS, condemned the killing via Twitter. "The reprimand must stop and the crimes cannot go unpunished. Determining and sanctioning state agents that have caused so many deaths or their circumstances."

The protests “have degenerated into a repudiation of the government of Daniel Ortega and Rosario Murillo at the national level,” Confidencial reported.

In the midst of confrontations that left several houses burned in León in western Nicaragua, La Prensa reported that a radio station in the city said a “government command” burned down his station and tried to kill him and nine others who were working.

“They arrived in two vans, threw open the door of the entrance, pointed their guns at the caretaker, put his against the wall and threatened that if he moved, they would shoot him and proceeded to douse the facilities and roof (of the station) in fuel,” said Aníbal Toruño, owner of Radio Darío, according to La Prensa.

Someone detonated the fuel with a mortar, which resulted in an explosion, Toruño said. Workers, including the owner, were in a station cabin when this happened and managed to get out with the help of those in the community, he said.

It is the seventh time that the station, which is 63 years old, has been burned, La Prensa reported. In the afternoon of April 21, the charred remains of a body were found in a home in central León, the initial site of confrontations between university students and Ortega mobs the previous day, the newspaper added.

On April 20, the Committee to Protect Journalists (CPJ) reported that at least nine journalists had been injured and at least five independent TV channels were blocked. They released a safety advisory for covering protests in the country.

Reports of the number of people who have died in Nicaragua since the start of the protests have varied. The Nicaraguan Center for Human Rights (CENIDH) reported on April 22 that more than 20 people have died, “most of them students.”