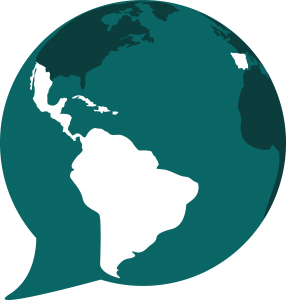 On Saturday May 1, journalists from Latin America, Spain and Portugal will join in an annual discussion about the present and future of digital journalism in the region.

The Ibero-American Colloquium on Digital Journalism, which started in 2008, is organized by the Knight Center for Journalism in the Americas, with the support of Google News Initiative.

The annual meeting traditionally takes place on the University of Texas at Austin campus the day following the conclusion of the International Symposium on Online Journalism (ISOJ).

Like ISOJ, the Ibero-American Colloquium will be online-only for the second year in a row and is free to attend. For the first time, simultaneous interpretation will be available for the colloquium between Spanish and Portuguese.

The program, speakers’ short biographies and a registration page are now available.

“We have a very strong program for the Ibero-American Colloquium this year, touching on some of the most important issues that journalists have been facing in Latin America and the Iberian Peninsula as they adapt to a rapidly changing digital media environment,” said professor Rosental Alves, founder and director of the Knight Center. “The speaker lineup of the Colloquium this year is very impressive.”

Javier Moreno, editor-in-chief of El País, the inaugural speaker for this year’s colloquium, will discuss the digital transition of the leading Spanish newspaper with Knight Center Director Rosental Alves. Moreno journalist started in El País’ business section in 1993 and this is the second time he serves as editor-in-chief. He led the newsroom from 2006 to 2014 and returned in January 2020.

The colloquium will also have six panels, featuring outstanding journalists from across the region:

Don’t wait, register today and join us for a conversation about digital journalism in Ibero-America!