Researchers warn about lack of pluralism in Latin American media 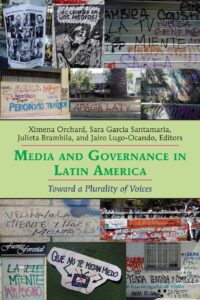 "Media and Governance in Latin America: Toward a Plurality of Voices"

Greater pluralism of media and voices in public discourse is a crucial aspect of the quality of a democracy. But what exactly is pluralism within the Latin American context? Just having a large offering of media outlets? These are some of the questions that 21 researchers, mostly Latin American, address in a collection of articles, the recently released book "Media and Governance in Latin America: Toward a Plurality of Voices.” In the publication, the researchers warn about the lack of media diversity in the region and how it affects the democratization process.

“We the authors work on different topics, but the concept that runs through all the chapters is plurality or pluralism, whether media or more broadly, as a plurality of voices. And the relationship between media pluralism, democracy and social justice. In a way, what we ask ourselves is to what extent do media promote or restrict plurality in the region,” explained Ximena Orchard, coordinator and one of the book editors, to LatAm Journalism Review (LJR).

The book, in English, was born from a conference of the International Communication Association and was launched at a virtual event on Jan. 26. After an introduction and a theoretical part, the publication – which can be purchased in print or ebook - presents case studies and comparative analyzes between countries such as Argentina, Brazil, Venezuela, Cuba and Chile.

According to Orchard, who is director of the journalism department at Universidad Alberto Hurtado, in Chile, most researchers have a critical view of the role of the media, especially traditional ones, in the diversity of voices in the region.

“In the chapter that I work on, I discuss how the press in Chile, especially that which is more politically relevant, is really co-opted by the elite and does not have much connection with citizens in a broader sense. The common position [among the authors] is more critical regarding the possibilities, above all, of traditional media, of legacy media,” she said.

In the introduction to the book, the researchers talk about the emergence of a liberal, commercially-oriented press, after the end of dictatorial regimes in the region, in the 1970s and 1980s. And how this model would not always lead to a real pluralism of media or voices, which would end up hurting the democratization process in Latin America.

“In some national contexts, such as in Chile, it is a press that presents itself as distant from politics, independent, professional, but in effect it is a press [...] that has relations that are too close to political or economic power. It is a liberal-looking press but it does have certain limitations. It is necessary to ask what are the groups that do not have much representation in that more traditional press, I think absences sometimes say more than those who are present,” Orchard said.

She explained that the concept of pluralism does not concern the amount of information and outlets.

“Today there is so much supply, so much information abundance that one could say that it makes no sense to wonder about pluralism. But we argue that yes, it makes sense, because pluralism does not refer only to quantity, but to the diversity of what is offered and how inclusive these spaces are,” she said. That is, it would have more to do with the distribution of power and opportunities to "appear in the public space" – something very related to inequalities, a characteristic of Latin America.

This is, indeed, one of the most important themes of the book: how inequalities affect the participation and access of different social groups to the public space and ultimately limit democracy.

According to Orchard, inequalities in communication are not always the object of concern and study outside of journalism, something that the book seeks to change. In other words, the aim is to expand the audience, bringing researchers from the social and political sciences, for example, to this discussion.

“Part of the objective of this work is to emphasize that the problems of communication and media pluralism should be approached in a more interdisciplinary way,” the professor said. 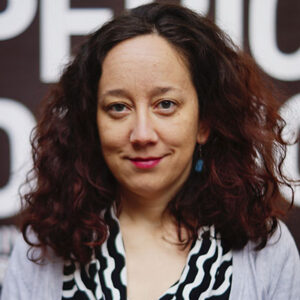 If, on the one hand, the articles highlight the lack of pluralism, they also show cases of marginalized or underrepresented groups in the media who find ways to circumvent this invisibility, with the creation of alternative spaces and media outlets.

One of the chapters also addresses the issue of media policies and state regulation as ways to promote pluralism. The text, by researcher María Soledad Segura, from the Universidad Nacional de Córdoba, in Argentina, works with the concept of communication as a right, linked to the perspective of human rights.

“The most classical and liberal perspective, that is more commonly used, is with the concept of freedom of expression, which is understood mainly as measures of protection of individuals facing the State. When we work with the concept of the right to communication, we also ask ourselves what are the actions, as a society, that we should take to ensure that we effectively have more plural and inclusive spaces,” Orchard said.

Within this effort to look at new theoretical frameworks, the researchers propose a focus on a Latin American perspective for the relationship between journalism, media pluralism and democracy. Two chapters deal with the need to adopt a "decolonial" point of view, which means abandoning the habit of taking "Western journalism" as a standard norm and diversifying academic thinking about communication.

“The world has changed a lot, and the place of Anglophone countries as lighthouses on the academic agenda is in question. [...] Other countries, other regions of the world, need to take a more protagonist role in producing theories. And I think that’s what this book does, it is a relevant contribution," Afonso de Alburquerque, from Universidade Federal Fluminense in Brazil, who is one of the authors of the book, said at the virtual launch event. 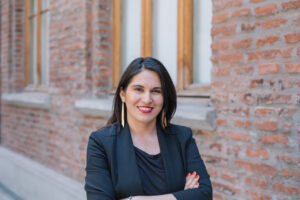 Magdalena Saldaña, a journalism professor at the Pontificia Universidad Católica de Chile, who also wrote one of the book's chapters, highlighted the importance of making the academic environment less exclusive. At the launch event, she said that Latin American research on journalism and communication is underrepresented in high-impact academic journals, not only in the number of articles on the region, but also by authors of these nationalities. She cited one of the book's chapters, written by researchers Florencia Enghel and Martin Becerra, who analyzed Communication Theory magazine.

“In 25 years, only eight articles [that spoke of Latin America] were published. Let's think that it is a magazine that has several issues a year, for 25 years, and there are eight articles. That is already evidence of underrepresentation,” she said.

She argued that the book "Media and Governance in Latin America: Toward a Plurality of Voices," especially because it is in English, is an important contribution towards disseminating the academic production made by authors from Latin America and about the region.

In an interview with LJR, Saldaña said she hoped the publication would become a source of information on the topic among scholars.

“It is important to make visible the democratic processes that have existed in the region in recent decades, because these processes are permeated by other dynamics, the power of the media, freedom of the press, pluralism, modes of production. And to my knowledge, there was no book that covered these topics, especially considering different Latin American countries, not just one or two. It is very varied in this sense.”