Media's lack of control over content on social platforms continues to be a challenge for their reputation and audience's trust, study says

The way in which social media and messaging platforms work with media content is one of the major factors contributing to the great crisis of confidence in the news, according to journalists, editors and academics from Brazil, India, United States and United Kingdom.

According to the Reuters Institute for the Study of Journalism, media professionals and researchers consulted for their studies also analyzed the extent to which the convergence of news formats, such as video or audio elements, can be leveraged in print or digital media to communicate the news behind the headlines “more humanely” and help restore trust with the audience. 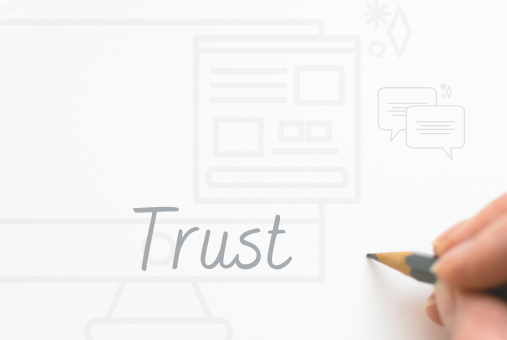 As a result of this dialogue, and with the support of Facebook Journalism Project, the report “Depth and breadth: How news organisations navigate trade-offs around building trust in news” was published.

In October of this year, the Reuters Institute invited 54 participants, including researchers, journalists and editors from four countries: Brazil, India, the United States and the United Kingdom. They participated in nine virtual round tables to discuss strategies that could strengthen or promote trust in the media.

One of the main objectives of this report, which is the fourth in the series on confidence in the news, is to understand more fully what confidence means for media audiences in the Global South (Brazil and India), and the Global North (United States and United Kingdom).

"We seek to take stock of the new findings regarding the study of trust in the news, many of which we highlight in relation to relevant points raised by journalists in the panels," the organization states on its website.

During the panels, participants discussed the strategies used in the past, which ones worked and which ones did not, to build trust with their audiences. They also discussed the obstacles and challenges they faced when applying their strategies and the way they related to their readers or viewers on platforms and social networks such as Facebook, Google and WhatsApp.

Many thought that social networks turn out to be obstacles when it comes to wanting to establish a close relationship with audiences. And, for others, the main concern in that effort is the influence politicians have on their supporters and how they seek to discredit journalism.

“Algorithms make it difficult for us to break through,’ said Pedro Borges, editor-in-chief and co-founder of Alma Preta, from Brazil, according to the study. In Borges' opinion, platforms engage audiences by displaying polarized content, and adding names like Lula or Bolsonaro to online stories is an easy way to get more clicks.

“People don’t even bother to open the article to read it. They just look at the title and then they start throwing insults of the lowest kind,” Borges said during his participation in the discussions.

The lack of control of the media over its content when used by social platforms continues to challenge its reputation and trust in these spaces.

Another point that defines how to build audience trust for the news is the business model of each organization, according to the report.

For example, nonprofit news organizations, with membership business models or that run on donations from other organizations, are more interested in building trust with specific audience groups.

According to the report, the editor of the Brazilian media Volt Data Lab, Sergio Spagnuolo, said that they need to grow “with more quality, with people who actually engage and pay us, or become a member or something, than just to have eyeballs on the website."

In addition, for many participating organizations, building trust has to do with the media outlet’s reputation for quality and accuracy.

UK’s The Times Deputy Editor Tony Gallagher said in one of the panels that they have observed that their audience appreciates when they correct mistakes in a timely and public way, and when they address their concerns in the weekly column.

"We realized that readers like to see that, that they don't like that you fight to correct something and that it takes months to show up," Gallagher said.

Data verification initiatives, in that sense, are another way that organizations differentiate themselves by their content, the report said.

The content director of Record TV, Brazilian journalist Thiago Contreira, said his media outlet tries to be a reliable source of information on social networks.

“The feeling I get is we do chase our own shadows, right? As we’re working, and it takes time to fact-check information, and to convey said information to the public, that takes time. As you’re dealing with this, there are hundreds of fake news stories being published in favour of any political spectrum, be it right-wing or left-wing ... it’s very difficult, it’s like drying ice,” Contreira said according to the report.

Among its conclusions, the study highlights the lack of ability of media to bridge the trust gap with their digital audiences—especially for small media outlets—in addition to the lack of optimism on the part of media to face financial challenges and the high criticism of the media.

Likewise, depending on the structure and mission of each media outlet, some participants identified the need to focus on strengthening the trust of the already loyal audience. For others, the bet is to try to build trust with audiences who generally distrust the media.

The dilemma of attracting new audiences or creating stronger ties with existing members or subscribers is something that, according to the study, causes tension among participants from the four countries. Therefore, most prefer to choose to strengthen existing ties with their audience, which is willing to pay for the content.

Unfortunately, the study notes, few news organizations have clear incentives to invest in building trust with parts of the public that are skeptical or overtly hostile.

The report says that strategies that can be applied to generate trust in audiences indifferent to journalism and politics must be different from those planned for audiences that do show interest.

Some of the participants believe that building trust through editorial initiatives also means producing coverage that includes audiences that, in the past, have traditionally been underrepresented, ignored or stigmatized by the media.

For Giuliana Bianconi, director and co-founder of Gênero e Numero, from Brazil, focusing on gender and race issues in political affairs "antagonizes the extreme right in Brazil." However, Bianconi highlights the importance of having a greater diversity of journalists and communicators in order to reach an audience that is often left behind.

“A lesser-educated public, a peripheral public, from the favelas, will it have no representation in the media? It won’t read Folha de São Paulo, Estado de São Paulo [main Brazilian newspapers], what will these guys read? One should understand when we’re talking about Brazil, right?” Bianconi said.

Participants from the four countries agreed that there is an alarming and dangerous level of harassment and resentment against journalists in society, and that this is reflected in the hateful messages they receive through social media. According to the study, this is especially true against journalists of color and women.