Tips for a more responsible coverage of LGBTI+ issues in Brazil

The 26th edition of the São Paulo LGBT+ Pride Parade took place on June 19, returning to its in-person program after two years of health crisis [due to the Covid-19 pandemic]. The event is just one of the initiatives that take place during June all over Brazil to fight against discrimination of the LGBTI+ population and for the promotion of affirmative policies towards that population.

Whether through initiatives from brands and private companies, collective manifestations or the positioning of politicians, artists and other public figures, the Pride Month puts LGBTI+ issues at the forefront in the news. The movement to give more focus and increase the visibility of the cause is important, but journalists must be careful not to reproduce misinformation or stigmatize groups that have historically been vulnerable and silenced.

The perception of a gap in the specialized coverage of LGBTI+ issues was the starting point for the creation of Agência Diadorim. Launched during the pandemic with "one foot in São Paulo and one in Pernambuco [a state in Brazil’s Northeast]," the independent, non-profit organization relies on the support of a network of collaborators from several regions to produce content on the rights of the LGBTI+ population. 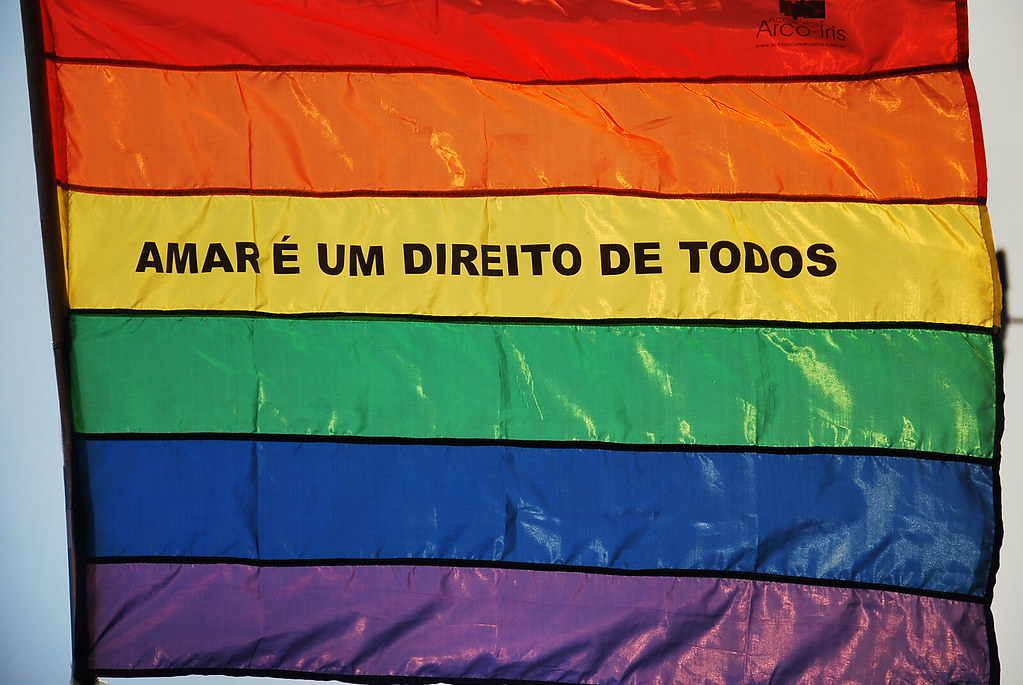 Journalists Allan Nascimento, Camilla Figueiredo and Mateus Araújo, lawyer Paulo Malvezzi and designer Tomaz Alencar are some of the organization's founders. Its name is a reference to the character in the book 'Grande Sertão: Veredas,' [‘The Devil To Pay in the Backlands’] by Guimarães Rosa. The founders were also inspired by 'Lampião da Esquina,' [‘Corner Streetlamp’] a Brazilian newspaper focused on LGBT issues that circulated from 1978 to 1981.

During its first year of operation, Diadorim was financed through donations via a fundraising campaign. In April 2022, the initiative was funded by Fundo Brasil's Mobilization in Defense of Civic Spaces and Democracy call for a project to cover the elections.

Ajor [Brazil’s Digital Journalism Association] talked to Diadorim co-founder Camilla Figueiredo about the main problems in the coverage of LGBTI+ issues in the Brazilian press. She discussed the inclusion of questions about sexuality and gender in the Demographic Census and gave tips for the creation of less stereotyped feature stories on these issues.

In your opinion, what are the main mistakes in the coverage of LGBTI+ issues in the Brazilian press? Are there differences between traditional and independent media?

I think that the main mistakes are linked to not understanding what the real issues of this population are. In the traditional media we see more news about death and violence committed against dissidents, which is important, but there is little information about the fight against LGBTphobia and the newly acquired rights, for example. The independent media are getting closer, and are already able to open a dialogue and discuss issues such as the absence of public policies for LGBTI+ people in Pernambuco, a feature story we did in partnership with [independent news outlet] Marco Zero Conteúdo. Still, it is fundamental to have news outlets looking carefully at what is dear to us and that is not the priority of the big platforms.

What is the difference in the coverage for each of the acronym’s letters [L for lesbian, G for gay, B for bisexual, T for transgender and I for intersex]? And what is the impact of this?

The main difference is the visibility of each letter. This is because of intersectionality. The acronym, like other social groups, is crossed by race and class issues as well. So, historically, the issues of white cisgender men, even if homosexual, have more space. Travestis and transgender women, in turn, appear when they are violently murdered. Lesbian issues are almost absent, as are those of bisexual people. As in every political and social movement, there are also internal disagreements, which only makes it more difficult for the community as a whole to gain power.

What initiatives does Diadorim draw inspiration from? What are some good references for coverage on the subject?

[News outlets] Agência Pública, Ponte Jornalismo, O Joio e o Trigo, Brasil de Fato, Retruco, Núcleo Jornalismo are some of our influences, examples of organizations that inspire us. We have partnerships with some of them, and they republish our articles.

The decision to include questions about gender identity and sexual orientation in the Brazilian Census is under dispute at the moment. How do you see this issue?

This was the theme of one of our main feature stories, which shows a lot of how we see the issue. Every well-planned public policy that aims to be effective works with statistics and official data. Without this, which is today's LGBTI+ Brazil, everything is done in the dark, without knowing for sure how many people will benefit, who these people are, where and how they live, and what they most need. Then scarce resources — time, energy, money — are spent without even being able to evaluate the effectiveness of any work. We understand the challenges of including questions about such a delicate issue for many families in the Census form, but this needs to be a priority agenda of the movement(s). A collective effort is needed to find the best way forward. The absence of these official numbers is a serious problem and, once this is resolved, the debate and the struggle of the nonconforming gender and sexuality population will be taken to another level.

Given the lack of public data, which sources should journalists covering the issue rely on?

That’s the big question. The movements try to fill this vacuum with independent and unofficial research, which ends up being our sources. The bad thing is that each group will have a method, a scope, a reach. About violence, for example, every year or every two years there are dossiers or reports from the National Association of Travestis and Transsexuals (Antra), from Grupo Gay da Bahia (GGB), from Fórum Brasileiro de Segurança Pública and Atlas da Violência. It is very difficult to write using these numbers because the feeling is that they talk about different things. We always have to explain the different methodologies used, what is being considered, and try to conclude something from that. So journalists who want to talk about LGBTI+ issues have to turn to the movements and try to check out the few and partial data released by the public sector — sometimes a governmental department, sometimes a state government, a city hall. We have also tried to create data from our own surveys, which can be done. One of our reports with the greatest impact was about 34 bills against the use of neutral language in state legislative assemblies, in which we did a survey in each [State Assembly] website. But when we think about the demographic profile of the LGBTI+ population, it is a complete blind spot.

What are the ways to guarantee a more responsible and less stigmatized journalistic coverage on the issue?

A good way is to hire LGBTI+ professionals to write about the issues of the moment. In addition, being in dialogue with social movements. In the absence of official data and State intervention, it is the organized civil society that will seek and guarantee rights, and know the main needs of the community. It is necessary to understand the complexity of the acronym as well. This goes for communicating about all politically minority groups: the Black movement is not one, nor are Black people; feminism is not one, nor are women; the rainbow has many colors, nonconforming gender and sexuality people are diverse. And it is necessary to really respect this plurality.

A tip for journalists: what should we definitely NOT do in a story about the LGBTI+ population?

Do not listen only to cisgender and straight white people, do not reinforce stereotypes, avoid reporting only on violence committed against LGBTI+ people and go beyond a body count to true visibility of these people.

Learn about other Brazilian initiatives with content focused on LGBTI+ issues: