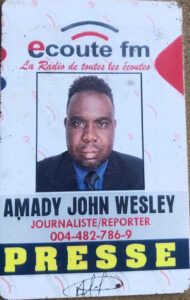 Two journalists were killed by gang members in Haiti on Jan. 6. A police report said their bodies had been recovered with "large-caliber bullet wounds," according to AP. Several organizations demand thorough investigations.

A third journalist, Wilmann Vil, 31, managed to escape the gunfire. He who works for online media outlet RL Production,

The Inter American Press Association (IAPA) demanded a rapid investigation by the authorities and the "immediate capture and prosecution" of those responsible.

“I bow to the remains of these fellow journalists who were killed just because they wanted to INFORM. I demand an investigation and may justice be granted!," said Godson Lebrun, president of the Haitian Online Media Association.

These killings come at a time when Haiti has for months been under the control of gangs whose influence has largely extended beyond the disadvantaged neighborhoods of Port-au-Prince. 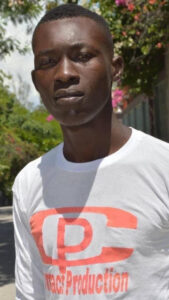 Haitian primer minister Ariel Henry has vowed to crack down on gangs. The insecurity has prompted the U.S. and Canada to urge their citizens to leave Haiti.

In New York, the UN spokesman Stephane Dujarric said: “This is just one more example of what journalists the world over face and sadly, we may expect the impunity with which they are murdered for just trying to tell the truth.”

Previously, on Dec. 6, Alexander Gálvez, a correspondent who had been abducted for nine days, was released.

The political crisis in the small Caribbean nation has worsen since the assassination of President Jovenel Moise six months ago. Rival gangs fight for control and are better armed than police.