Vaccine delays, politics and disinformation: obstacles in Latin America in the coverage of vaccines against COVID-19

Just over a year ago, the COVID-19 pandemic became the biggest challenge for science journalists of this generation. More recently, vaccine development and the start of immunization campaigns in several countries have presented additional difficulties due to the multiple vaccines available and their uneven distribution, in addition to disinformation.

In Latin America, the challenges are unique, as the vaccines have been obtained slowly and unevenly in the region, and distributing them to the public has been a further challenge. Additionally, disinformation, hoaxes and conspiracy theories have taken hold in the area.

Science journalists from Latin America expanded on these issues during the Jan. 29 webinar “Covering the COVID-19 Vaccines: What Journalists Need to Know,” hosted by the Knight Center for Journalism in the Americas at the University of Texas at Austin, held in partnership with UNESCO and the World Health Organization (WHO), with funding from the European Union.

Renowned health and science journalist Maryn McKenna, senior fellow of the Center for the Study of Human Health at Emory University, moderated the discussion.

One of the primary challenges for Latin America has been in simply obtaining the vaccines.

“We are looking at how other countries are vaccinating in the interim, mostly because as you know, Latin America, we don’t have many vaccines,” said Federico Kukso, Argentine science journalist and board member of the World Federation of Science Journalists (WFSJ). “The region has been neglected, or ignored, by pharmaceutical companies, despite the fact that countries like Argentina, Peru, Chile, were the places where many of the clinical trials of these vaccines have been carried out.”

The results are just waiting on vaccines to arrive and vaccination campaigns that proceed slowly, he added.

In Brazil, where the city of Manaus grabbed global headlines due to the brutal number of deaths from the coronavirus, the pace of vaccination lags despite two approved vaccines.

“We have two big producers of vaccines in Brazil,” said André Biernath, science reporter for BBC Brasil and president of the Brazilian Network of Science Journalists. “To date, we have around 8 million doses. But the pace of vaccination is really slow. We have around 1 - 1.5 million people vaccinated as of yesterday. But, the capacity of the Brazilian public system to vaccinate is really wider and bigger.”

He also said the lack of a public vaccine communication plan contributes to one of the most basic information failures, which is to inform the public about when it is your turn to be vaccinated, where to go and when to take the second dose. 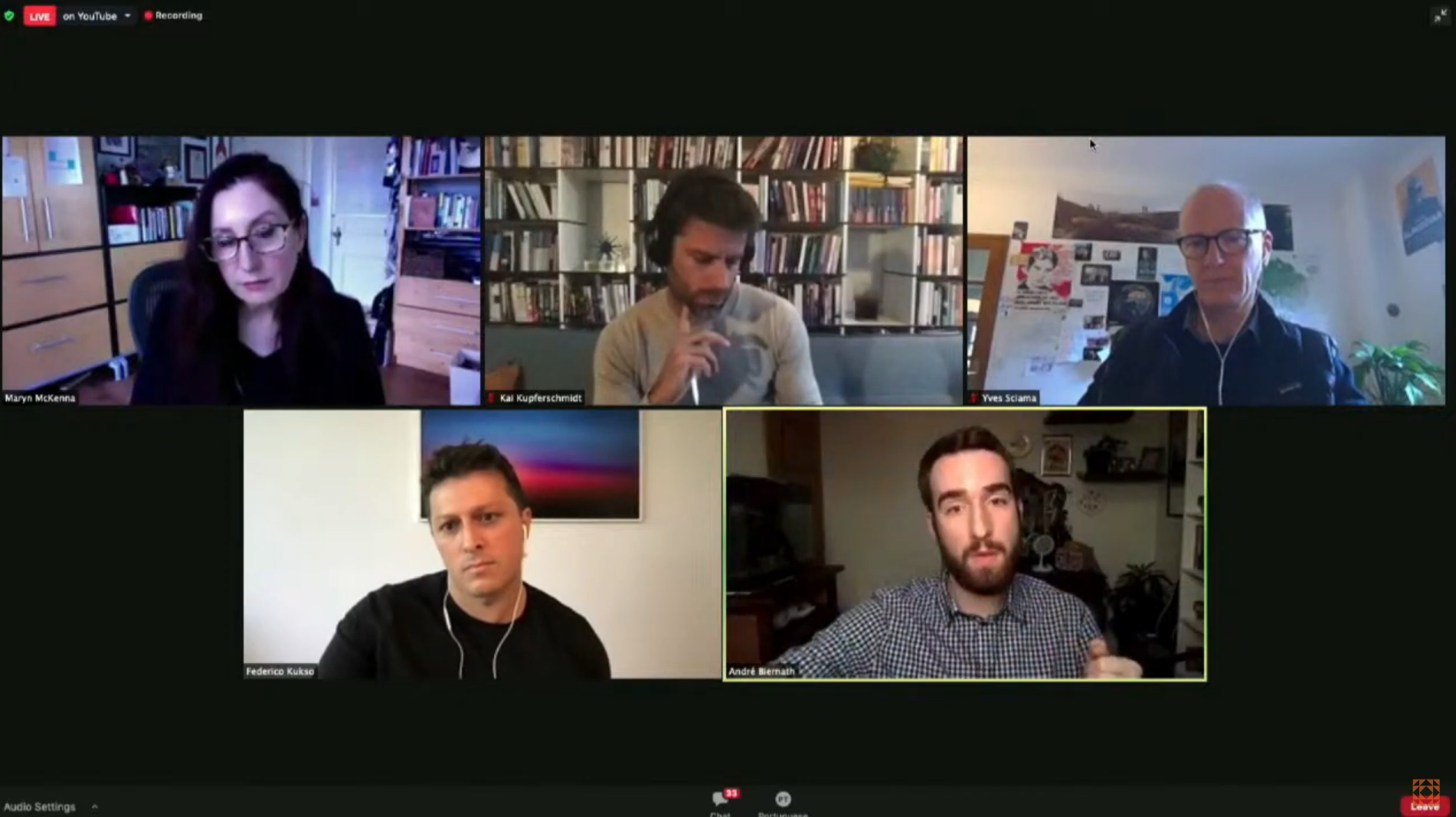 The panel brought together science journalists André Biernath, of Brazil; Federico Kukso, of Argentina; Kai Kupferschmidt, of Germany; and Yves Sciama, of France. Maryn McKenna of the U.S. moderated.

Along with the pandemic came the issue of disinformation, and Latin America is not exempt.

“I think the biggest problem is that the hoaxes and the fake news and the misinformation don’t only circulate in social networks or in WhatsApp,” Kusko said. “In Argentina, for example, the vast majority of the media opposed to the government are developing a strong anti-vaccine campaign.”

This is happening with all vaccines, regardless of country of origin, he said.

“They pay close attention to the adverse effects of vaccines. The media know that fear attracts clicks and in these times of the crisis of the press, this is very important,” Kusko said. “This also explains why so many big media outlets publish so many conspiracy theories, or articles about the relationship between astrology and the pandemic, something like that.”

With the politicization of coverage, Kusko also sees the marginalization of science journalists in coverage of the pandemic and vaccines.

“We try to bring information based on evidence,” the journalist said. “Many of these political journalists, they bring opinions without any kind of expertise in knowing how to cover these issues.”

In Brazil, the situation is unique, according to Biernath, “because some of the disinformation and misinformation is coming from the government.”

“During the last weeks and the last months, we heard absurd stories about vaccines with microchips that spy on people or vaccines turning people into alligators, for example, it’s bizarre, but it happened here in Brazil,” the journalist said.

Science journalists need to debunk that kind of information, but also have to respect and answer the doubts of people, he added.

Journalists covering the coronavirus pandemic also have to figure out how to communicate to the public that the world is just one year into the pandemic and science is an evolving process, as discussion moderator, Maryn McKenna, pointed out.

Communicating the uncertainty inherent in science is a challenge in Brazil, according to Biernath.

“To show that science doesn’t know everything and sometimes the process is still ongoing and the information can change,” he said. “Another problem we have to battle is to focus and follow the consensus.”

What to do moving forward

In coverage of the pandemic, Kusko pushed the importance of paying attention to the specialty of scientists being interviewed.

“It’s not the same to interview a foot doctor to talk about the pandemic,” he said. “You have to find the right source.”

Biernath also urged journalists to reach out to specialists other than doctors, such as nurses, epidemiologists, virologists.

“I think they can really enrich our articles and give points of view that are interesting and diverse,” he said.

He also said journalists should look at what is happening in neighboring countries as well as globally, and take into account geopolitical aspects of the pandemic.

The webinar, “Covering the COVID-19 Vaccines: What Journalists Need to Know,” also featured two other discussions: one with specialists explaining the scientific developments behind the vaccines and the second on logistics in distributing the vaccines on a massive scale.

The discussions were held in English via Zoom, but translations to Spanish, Portuguese, French and Arabic are available on YouTube. Streams on the video platform have been watched more than 5,600 times so far.

A multilingual list of resources for journalists covering the COVID-19 vaccines can be found here.