In the spectrum of academic journals focused on journalism, and in general, research by authors from the Northern Hemisphere is usually published more profusely. Researchers from the Southern Hemisphere often do not have space in prestigious journals to submit their research. 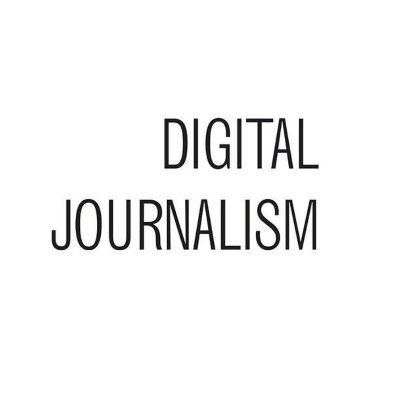 Nevertheless, the UK-based journal Digital Journalism, one of the most reputable in the discipline, recently published Volume 9 with a special issue on Latin America, with articles by Latin American journalists and researchers. Invited editors for this issue were Argentines Pablo Boczkowski and Eugenia Mitchelstein.

"Our experience as researchers was challenging and rewarding," Boczkowski and Mitchelstein told LatAm Journalism Review (LJR). "Challenging because, as we said in the introduction [of the presentation of the articles], the very existence of a special issue on digital journalism in Latin America highlights the inequalities between the North and the South in the production of knowledge about journalism and communication.”

For both editors, these inequalities especially affect the “most disadvantaged” regions of the world, but they also impoverish research work as a whole, since in itself, “all knowledge is contextual and comparative in essence.”

Boczkowski is a professor in the Department of Communication Studies at Northwestern University, in the United States, and Mitchelstein is an adjunct professor in the Department of Social Sciences and director of the degree in communication at the University of San Andrés, in Argentina. Both are co-founders and co-directors of the Center for the Study of Media and Society (MESO) in Argentina.

The gratifying part of the editing work, according to the editors, was seeing the degree of advancement and consolidation of both online journalism, as well as studies about digital journalism, in Latin America.

Since Digital Journalism was created in 2013 at Britain’s Cardiff University, it has published nine editions of academic research, always including special issues on various topics each year. In addition to publishing a monthly newsletter and having profiles on social networks, another of the magazine's efforts to expand and diversify its dissemination was to include three international engagement editors since January 2020.

Magdalena Saldaña, Chilean journalist, researcher and professor at the School of Communication at Pontificia Universidad Católica de Chile, is the ambassador for Spanish. The other two ambassadors are in the United States and Singapore.

Saldaña disseminates content from the magazine on social networks, translated into Spanish. She also translates the newsletter so that it can have a greater reach among Spanish-speaking researchers. "My hope is that more researchers from Latin America submit papers to this journal, because I think Latin America is underrepresented," Saldaña told LJR.

Saldaña, along with Peruvian journalist Lourdes Cueva, is co-author of one of the research pieces published in the special issue on Latin America, which studied the motivations of investigative and collaborative journalism in the region. Both were first-time authors for the journal.

The digital edition of their article was published in June 2020, and the print version in March 2021, almost two years after submitting research to the journal and having it accepted and peer-reviewed.

The other publications in the special issue on Latin America deal with TV's relationship with digital media and audiences in Colombia, what WhatsApp users share and the messaging platform’s relevance to news, polarization and participation in Chile, and the protection for journalistic media and their readers regarding social media policies in Latin American newsrooms. Likewise, there are articles on incidental news consumption on Facebook and the current institutionalization of independent digital journalism in Brazil.

“In general, academic journals in the United States and Europe do not offer many opportunities like the Latin America special issue of Digital Journalism. So as soon as we found out, we decided to submit our research paper. Another incentive was knowing that the guest editors were journalists and academics who are experts in the region,” Cueva, journalism professor at San Diego State University in the U.S., told LJR.

For Cueva, this type of publication space encourages Latin American researchers to continue their work. "We firmly believe that digital and investigative journalism can contribute to the strengthening of Latin American democracies," she added.

If, in general, the editing and publication process in the research field of journalism in academic journals becomes fairer and more even –which according to Boczkowski and Mitchelstein would be the right thing to do– this would help to build a “body of more solid knowledge,” the editors noted.

“Those of us who study communication practices in Latin America have received at some point in our careers a review from a journal that kindly invites us to 'contextualize' the findings, something they rarely ask of research on central countries, or we have seen a manuscript rejected because 'research on a single country is not relevant,' when we know that hundreds of research pieces are published on a single country –the United States–; moreover, [there are pieces] about a single city in a single country– without any reviewer making a comment like that.”

Boczkowski and Mitchelstein emphasized Latin American research would cease to be about "an otherness" in a special issue of an academic journal if it was part of the main publications on digital journalism in the world.