Just three weeks after the disclosure that dozens of journalists in El Salvador were the target of digital spying, the country’s Legislative Assembly passed new legislation that creates the legal figure of a “digital secret agent” and allows police to access electronic devices and collect data to be used as proof in criminal proceedings. Opponents of the measure claim that this is about legalizing digital spying on citizens and that it can be used to harass journalists critical of the government.

For journalist Julia Gavarrete, from the website El Faro, the new legislation “is worrying not only because there are no institutional guarantees that our rights to privacy and the protection of our information are not going to be violated, but also because we are in a context in which we can confirm the use of a spy program capable of accessing all our information,” she told LatAm Journalism Review (LJR). 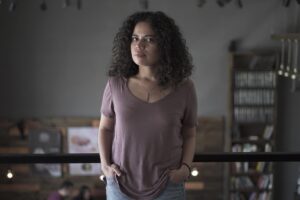 Gavarrete is one of 30 journalists whose phones were hacked with the Pegasus spy software, as revealed on Jan, 13 by the organizations Citizen Lab and Access Now. The program was developed by the Israeli company NSO Group, which claims to sell the program's license only to governments.

“The government of El Salvador is in no way related to Pegasus, nor is it a client of the NSO Group,” Sofía Medina, Communications Secretary for Salvadoran President Nayib Bukele, said in a press release. She also said the government was investigating "the possible use" of this program in the country.

Reform of the Criminal Code

On Feb. 1, the Legislative Assembly of El Salvador approved the reform of four articles of the Criminal Code related to computer crimes, with 63 votes of the 84 House deputies. This majority, belonging to the Nuevas Ideas, GANA and PCN parties, is aligned with President Bukele, who is affiliated with Nuevas Ideas.

This reform authorizes police to carry out “secret digital operations” at the request of the Attorney General's Office, and does not require judicial authorization to do so. It also allows "digital documents, electronic messages, images, videos, data and any type of information that is stored, received or transmitted (...) through any electronic device" to be accepted as evidence in criminal proceedings.

In addition, possible precautionary measures during the investigation of computer crimes include blocking accounts, profiles or websites and seizing the information contained therein.

According to the Legislative Assembly's website, the Attorney General's Office and the Ministry of Justice and Public Security sent “their observations to legislators as input for the amendment” to the law.

Lawmakers in favor of the reform claim that it is necessary to prevent and combat crimes such as digital fraud and sharing of material related to sexual abuse of minors, among others.

“Those who are opposed to this reform of the Criminal Code, to regulate the incorporation and production of digital evidence in judicial proceedings, are only criminals,” congressman Walter Coto, from the Nuevas Ideas party, said, as reported by Voz de America.

‘A systematic attack on the press’

Journalists and civil society organizations inside and outside El Salvador have voiced their opposition to the reform approved on Feb. 1st. 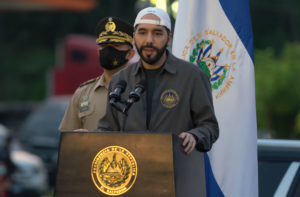 “The presidential house of El Salvador, through the puppets that push buttons in the Legislative Assembly, will legalize espionage today and bury public information. Democracy dies with its silence,” wrote César Fagoaga, manager of Revista Factum magazine and president of the Association of Journalists of El Salvador (APES, by its Spanish acronym), on his Twitter profile on voting day.

The Inter-American Press Association considers that this reform carries “serious implications for press freedom” and “possible reprisals” for investigative journalism in the country.

Gaspar Pisanu, Public Policy Leader in Latin America at Access Now, who collaborated in the investigation that revealed the espionage carried out with the Pegasus program against Salvadoran journalists, told LJR that “a law cannot be analyzed without understanding the political and institutional framework in which it will be deployed.”

“There's been a systematic attack on the press and civil society organizations in the country. There are many ill defined figures in the law that could be abused and boost the harassment from public officials. Specially, the undercover agents could be authorized by the attorney general and not by a judge as it should be. It does not establish any safeguards to prevent such abuse or technologies that could be used to interfere with the systems,” Pisanu said.

He also drew attention to the fact that the new law “allows requests to take down content, block users or an entire website for at least a year”. “This, if not properly regulated (which it is not) can be used as a censorship tool,” he warned. 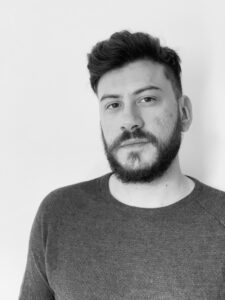 In addition, for Pisanu, “one of the most problematic aspects is seeing the government of El Salvador introduce these initiatives instead of taking measures to ensure the protection of journalists, civil society organizations and communities in danger, as well as investigating cases of abuse or espionage that have been reported.”

Gavarrete expressed fear about how the new legislation could be used against journalists in the face of espionage that has already been revealed, as the reform contemplates the use of digital evidence as evidence in criminal proceedings.

“Just as our information was stolen without us knowing until now where it went, we fear that it could be used arbitrarily in the face of the reform recently passed by the Legislative Assembly controlled by Bukele,” she said.

“There is a ‘legalization of espionage’ and a clear violation of constitutional rights. Why might these reforms affect us? Unfortunately, since the Pegasus [case] came to light, we are still awaiting answers from the Salvadoran government and authorities as to who was behind its operation. If the government has technology at this level, nothing prevents them from accessing the communications of critics, dissident voices or journalists who annoy them. We proved that Pegasus exists in El Salvador. Now there is no longer any impediment for entering in the life of any person, through their mobiles or their telecommunications, to be considered illegal,” Gavarrete said.