The 22nd International Symposium on Online Journalism will start on Monday, April 26, 2021, with a keynote session featuring A.G. Sulzberger, chairman of The New York Times Company and publisher of The New York Times. Each day of the ISOJ Online Week (April 26 – 30) will open with a keynote: Katharine Viner, editor-in-chief of The Guardian on Tuesday; Anna Palmer and Jake Sherman, co-founders of Punchbowl News, on Wednesday; Lauren Williams and Akoto Ofori-Atta, co-founders of Capital B, on Thursday; and Marty Baron, outgoing editor of The Washington Post, on Friday.

Knight Foundation and Google News Initiative are the main sponsors of ISOJ Online 2021. The event is organized by the University of Texas at Austin’s Knight Center for Journalism in the Americas and was created in 1999 by professor Rosental C. Alves, Knight Chair in Journalism and UNESCO Chair in Communication at UT Austin’s School of Journalism and Media at the Moody College of Communication.

The full program will be announced soon, with dozens of speakers that will cover some of the most pressing issues for journalism in its transition to the digital media ecosystem. During ISOJ Online Week (from Monday, April 26 to Friday, April 30) the main schedule will be the same: A keynote session at 10 a.m. (U.S. Central Time), followed by a workshop (11:30 a.m.) and two panels (at 1 p.m. and 4 p.m.). Keeping the tradition of two decades of in-person gathering in Austin, there will be opportunities for online socialization, including two parties. The welcome party will be on Monday and the farewell party on Friday, both at 5:30 p.m., using an easy to use digital platform that facilitates public and private conversation between ISOJ participants. 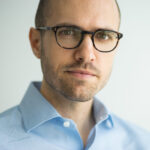 To kick off the week, ISOJ will feature A.G. Sulzberger, chairman of The New York Times Company and publisher of The New York Times, as the inaugural keynote. As publisher and chairman, he oversees both newsroom and company operations, giving him a unique and comprehensive perspective of the newspaper that has just reached the enviable mark of 7.5 million subscribers. Sulzberger’s session will be moderated by Alberto Ibargüen, president and CEO of the John S. and James L. Knight Foundation. Before joining Knight Foundation, Ibargüen was the publisher of The Miami Herald and before that worked at Newsday in New York and New Jersey. 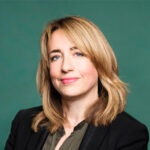 On Tuesday, don’t miss our next speaker, Katharine Viner, the first woman to become editor-in-chief at The Guardian. Since becoming editor, she has put The Guardian’s purpose at the heart of its journalism, led the development of the Guardian’s successful reader contribution strategy and brought the organization back to a profitable position. Support from online readers grew by 43% during last year and The Guardian now has more than 1 million subscribers and regular contributors. Online, it has become a truly global newspaper, with big audiences in countries like the United States and Australia. 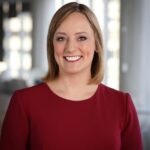 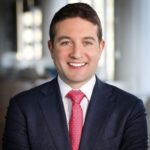 “Reinventing online political coverage” is the topic of the keynote session that will open ISOJ activities on Wednesday, with celebrated journalists and authors Anna Palmer and Jake Sherman. They recently left Politico to create Punchbowl News, their own online media outlet, an innovative initiative to cover Washington politics, based, among other features, on a paid newsletter with three daily editions. Their keynote session will be a conversation with Evan Smith, co-founder and CEO of the successful and innovative Texas Tribune which, for more than a decade, has covered politics and public policy in Texas. 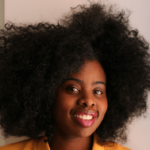 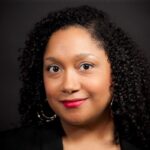 “Reimagining news for Black Americans: Paving a path toward equity in journalism” is the title of Thursday’s keynote session, featuring Lauren Williams and Akoto Ofori-Atta, accomplished journalists who left their stable jobs in the media to launch their own, innovative news startup Capital B. The nonprofit national and local news organization will start by fall 2021 and will provide accessible and reliable civic journalism coverage tailored to Black audiences. Williams’ and Ofori-Atta’s session will be moderated by Amanda Zamora, co-founder and publisher of the news startup The 19th*. Last year, at #ISOJ2020, Zamora and The 19th other co-founder Emily Ramshaw were keynote speakers in a similar situation, on the eve of launching their own independent nonprofit. 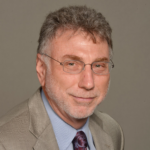 To conclude our week of engaging keynote speakers, on Friday, Marty Baron, outgoing executive editor of The Washington Post, will be featured in a conversation with Kathleen McElroy, director of the School of Journalism and Media at the University of Texas at Austin. Baron oversaw The Post’s print and digital news operations, during a period of extraordinary growth, with more than 3 million subscribers and a newsroom that this year will pass 1,000 journalists — a record in both cases. Before his arrival at the Post, Baron had success as the top editor at The Boston Globe, The Miami Herald and The Los Angeles Times. Newsrooms under his leadership have won 17 Pulitzer Prizes, including 10 at The Post.