In Argentina, 72 percent of women journalists recently surveyed believe that women have less opportunities for growth than men in media companies. Seventy-seven percent believe that, in journalism, women do not earn the same amount as men for doing the same job. 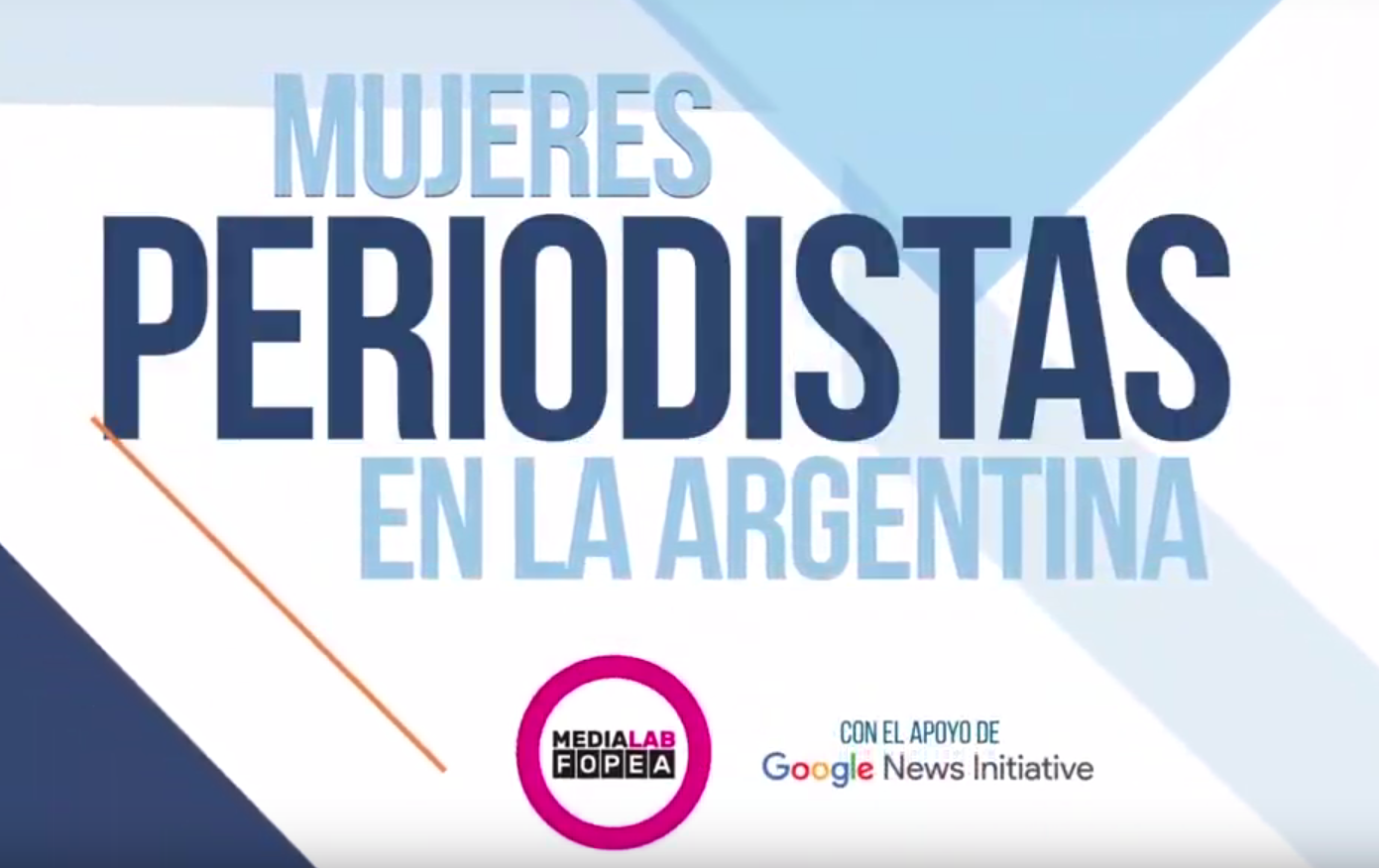 This is according to a recently published survey from the MediaLab from the Forum of Argentine Journalism (FOPEA, for its acronym in Spanish), carried out with support from the Google News Initiative.

“We recognized that we have not had information about the situation of women journalists in Argentine journalism regarding their working and professional situation, their prospects for growth and in terms of coverage of gender issues,” Vanina Berghella, executive director of FOPEA, told the Knight Center. “That’s why we decided to do the survey.”

These are some of the key findings:

The report notes that there are “two distinct imaginaries” concerning the respondents’ desires for a future in journalism. While half would like to progress within a journalistic company, 39 percent want to work independently.

However, only 37 percent said there is possibility for growth in their current job. Meanwhile, “in digital media, the perception of dynamism and possibilities of professional promotion increases,” the study said.

Among the main economic difficulties facing journalistic work in Argentina, they mentioned low salaries, fear of losing their job, lack of resources and investment in the media outlet for quality journalism, among others. For professional difficulties, they included lack of professional rigor among journalists, lack of training and others.

And when it comes to problems facing women in particular in journalism, those surveyed included balancing family life and professional development, preferring men over women for advancement, and facing discrimination for being a woman, among others.

Berghella said the survey has been well-received by the respondents and media outlets.

“Our intention is also to be able to present the survey to the media managers or editorial staff so that they understand the importance of attending to this situation,” she said. “Realize that having a gender perspective inside the newsroom can be strategic: for sure women contribute to improving the potential of the whole team and the achievements of their organizations.”

The survey was carried out between October and November 2018 and they received complete responses from 405 people at the national level. A majority, 67 percent, of the respondents were from the interior of the country while the remainder were from the Metropolitan Area of Buenos Aires (AMBA). A majority (36 percent) were between 36 and 45 years old.

Berghella said FOPEA would like to carry out a new survey on media in order to know how many women work in media outlets in Argentina as well as the number of women working as journalists in the country, among other findings.