Brazil is the latest front for technology giants against the trend of demanding payment for journalistic content that circulates on platforms. In the past year, Australia and France have forced them to negotiate and pay media organizations. In Canada and the United Kingdom, there are advanced discussions along the same lines.

To avoid or postpone the same thing from happening in Brazil, big tech joined forces to oppose bill 2630/20, called “Brazilian Law of Freedom, Responsibility and Transparency on the Internet.” Informally, it is called the "Fake News Bill" because it is the main legislative measure against disinformation in the country and takes on special importance in 2022, a presidential election year in Brazil — Jair Bolsonaro will run for a new term.

The bill establishes rules for online advertising, such as requiring the identification of those responsible for content promoted in search engines, social media and messaging services with more than 2 million users in the country.

The Senate approved the text in June 2020. In the House of Representatives, where it then proceeded, an article was added to the bill that provides for the remuneration of journalistic organizations as one of the measures to regulate digital media, in order to contain the spread of fake news and disinformation in Brazil.

“The valorization of professional journalism allows for the production of reliable information, which creates a framework to address disinformation,'' congressman Orlando Silva (PCdoB-SP), the bill’s sponsor in the Chamber, told Latam Journalism Review (LJR). “Independent journalism can only be strengthened by this proposal and it will no longer have a sword over its head. It is shocking to see threats, blackmail, and financial co-optation attempts by some digital platforms regarding independent journalism.”

As the House vote on the bill approaches, big techs launched a series of coordinated actions to mobilize public opinion against the legislation, including the remuneration of journalistic organizations. “This could end up favoring only the large and traditional media outlets, harming local and independent journalism, and limiting people's access to diverse sources of information,” according to an open letter signed by Google, Facebook, Instagram, Twitter, and Mercado Livre posted in early March. The platforms' joint campaign also includes full-page Facebook ads in newspapers and another open letter, signed by the president of Google Brazil, Fabio Coelho.

“The bill would force platforms to pay for journalistic content on the platform, which would benefit larger companies and media outlets with more negotiating power. Platforms would not be able to pay for all news outlets, especially smaller outlets, and would have to make commercial choices,” Twitter said in a note sent to LJR.

“Google pays for journalistic content and has long supported and valued journalism and its professionals, but it is important that there is a broader, deeper, and fact-based debate about the best ways to achieve this goal. Over the past 20 years, we've been one of the world’s biggest financial supporters of journalism around the world. (…) We don't oppose the stated goals of this new law, but as it stands now, it won't achieve them," Google said in a note sent to LJR.

“We need to think about objective and transparent criteria, but also about the complexities of journalism. It’s necessary to take into account other elements, such as the role that specific news outlets play in society. There are news outlets that produce high-quality journalism and have a lot of impact, although they have few employees and publish few stories per week. The criteria cannot serve to economically exclude smaller news outlets and reproduce media concentration,” Guilherme Alpendre, vice president of Ajor, told LJR. “We are not against charging [the platforms], but we want to discuss how this is going to be done.”

One of the main concerns is that the legislation if approved without establishing specific criteria for remuneration will only benefit major media companies. This is because larger organizations would have more bargaining power with platforms, unlike small and regional organizations. This is also one of the arguments platforms use against the bill.

On the other hand, the National Association of Newspapers (ANJ), which represents the country's traditional newspapers, admits that the proposal for remuneration for journalistic content is vague. However, the ANJ believes that approval under the current terms could speed up the processing of another bill that deals specifically with this matter and establishes compensation criteria.

“The big tech companies produce a side effect of their activity: social pollution, disinformation, hate speech. And professional journalism has the technical specifications to carry out a social clean-up. This has a cost and if it is not remunerated it tends to weaken or disappear, producing disasters for democracy and social stability,” ANJ president Marcelo Rech told LJR.

ANJ is part of the Freedom with Responsibility Coalition, which brings together a total of 42 national and state communications associations, such as the Brazilian Association of Radio and Television Broadcasters (Abert) and the National Association of Magazine Editors (Aner). Despite being in favor of approving the bill, the group admits that remuneration criteria still need to be defined.

“Press content is a key input for essential digital services. Without journalism, there is no democracy, and, in its vacuum, fake news flourishes. The bill does not exhaust the topic, but opens up the need for its regulation after a fresh and specific discussion. The coalition understood from the outset that all those who regularly and professionally produce original press content and who maintain a physical address and responsible editor in the country must receive remuneration,” reads a coalition statement.

An example from Australia

The two sides also disagree on the foreign remuneration model cited as the most similar to the Brazilian proposal: that of Australia, which recently completed one year of implementation. The law in this country of Oceania forced Meta and Alphabet, owners of Facebook and Google, to pay for the use of news content on their platforms. 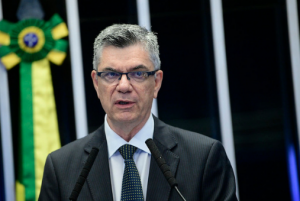 Marcelo Rech, from the National Association of Newspapers (ANJ): 'Hate speech and disinformation are side effects of platforms.' (Credit: Agência Senado)

“Australia has adopted the position with which we align ourselves, which is to promote a balance between big tech and the media. We're talking not just about News Corp [the country's large media conglomerate], but hundreds of local newspapers and radio stations that were almost closing and are now revitalized, with a rebalance of qualified information,” Rech, from the ANJ, said. “This is the concept we defend: that there be a commitment from big tech to remunerate those who have the technical specifications to carry out this 'clean-up.'”

According to the Columbia Journalism Review (CJR), negotiations under the Australian legislation have already provided about USD 150 million [BRL 720 million] to the country's media. In addition, it allowed the Australian Broadcasting Corporation (ABC) public broadcaster to hire more than 50 journalists in locations with low coverage.

The National Federation of Journalists (Fenaj), for its part, is concerned about the results obtained after one year of the Australian law coming into effect. The federation's president, Maria José Braga, emphasizes that Fenaj is in favor of platforms paying for journalism and defends that any legislation in this sense takes into account the copyright of press professionals. 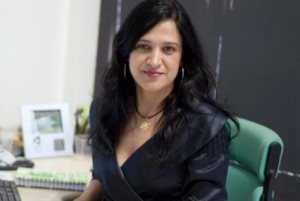 Maria José Braga, from Fenaj, defends the remuneration of journalists based on copyright. (Credit: Courtesy)

“We believe that the best course is to remunerate journalistic content based on copyright to ensure that journalists are rewarded for the use of their work, even if they share this remuneration with the company,'' Braga told LJR. “We consider that Bill 2630 deals with rules for content moderation and platform accountability to ensure transparency in the criteria adopted. The inclusion of a single article establishing the obligation of remuneration was made later, pushed by large communication companies.”

The concern is echoed by complaints from small and medium-size Australian media, which were left out of Facebook's Australian News Fund. In protest, more than 30 independent publications stopped publishing news for 24 hours. Facebook's deal with Australian media also excluded Special Broadcasting Service (SBS), a public broadcasting network that promotes the country's multiculturalism.

Researcher and journalist Mathias Felipe, from the Digital Media and Society Observatory at the Federal University of São Paulo and from the website *desinformante, sees the example of Australia, and also that of France, as part of a global trend to demand that technology platforms pay for journalistic services. Despite the lobbying against the platforms, he believes the list of countries is growing and points out that there are discussions in the European Union and even in the United States, “a market that has always protected platforms.”

“As more countries pass laws like this, what could happen is a reduction in voluntary investments by platforms in journalism, which has been an important source of revenue for many independent digital outlets. This is especially true in Brazil and other Latin American countries, where Google and Facebook support a good number of digital-native outlets. Thus, a well-made law has a duty to protect the most vulnerable journalism,” Felipe told LJR.

The Fake News bill does not yet have a date to be voted on in the House of Representatives. If it’s also approved in the House, it will need presidential sanction to go into effect. A new version of the bill is already circulating behind the scenes in Brasília, after pressure from big tech and journalism organizations. This version, still unofficial, details what it considers to be journalistic content and lists remuneration criteria.

In a nod to smaller news outlets, the new text admits the possibility of collective bargaining. This version also includes conflict resolution criteria, such as the volume of original content produced, audience, number of journalists formally employed full-time, and a bonus policy for professionals.

The Fake News Bill is not the only legislative proposal currently in the Brazilian Congress on the payment by platforms for journalistic content. HB 1354/2021 specifically addresses this issue. Inspired by the Australian law, the bill stipulates that platforms with “significant market power” pay 50% of the revenue obtained from the news published on the platforms to journalistic organizations. The proposal has been in the pipeline since April 2021 and has not yet been scheduled for a vote in the plenary.

“This law is addressed directly to Google and Facebook and is inspired by the new Australian Media Act, which should become a worldwide case against the empire of large American corporations on the world wide web,” wrote the bill’s author, Representative Denis Bezerra (PSB-CE). “This law corrects this injustice by establishing that part of the advertising revenue received by the Facebook and Google duopoly, which today dominates the online advertising market, be shared with newspaper companies.”

DISCLAIMER: The Knight Center for Journalism in the Americas, which publishes the LatAm Journalism Review, has received donations and sponsorships from Google. In the past, it has also received contributions from Facebook.