Partner and director of journalism agency Alma Preta, Elaine Silva, knew she couldn't knock on the doors of the big advertising agencies alone.

"They weren't going to listen to us, because of our audience, because I'm just one outlet," she told LatAm Journalism Review (LJR).

But, with a network of 26 independent digital media outlets spread across Brazil, with a total audience of 2.5 million unique users per month, she could find better footing for negotiations. 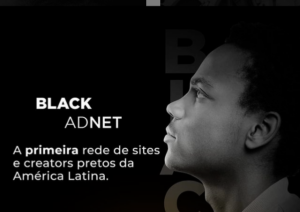 This is the proposal of Black Adnet, a network that aims to connect major brands with collectives and media outlets with the aim of helping to sustain and strengthen independent journalism.

The network was launched in October 2020, with ten members, and founded by Alma Preta and Zygon Adtech, an advertising-oriented technology company. In less than a year, the group ran campaigns for large companies such as Boticário, Avon, Tim, Google and Facebook.

Initially, the members of the network were mostly Black media sites, specialized in covering racial issues. Over time, the network expanded the spectrum of participants, including outlets focused on peripheral audiences, on issues of gender and LGBTQIA+ communities or on the defense of human rights.

"The media outlet does not necessarily have to speak 100% on the racial topic, but it needs to have a concentration in some way, pay attention to these issues and have Black people on the team," said Silva, who is the network's co-founder. In short, the media outlet and its editorial line must be sensitive to racial issues.

For the CEO of Zygon Adtech and co-founder of Black Adnet, Lucas Reis, it is important to include sites with other approaches, among other reasons, so the network can grow.

"Because one of the problems we want to solve is that there are very few publishers that produce Afro-centric content," he said in an interview with LJR.

"We have expanded to [include sites that] look at minoritized groups. For example, the [media outlet] Nós, Mulheres da Periferia. They are not necessarily Black people, but they are from the periphery. The same with outlets with a gender focus. We were born, that's why it's called Black Adnet, with an Afro-centered outlook and, at this moment, we have incorporated other views of minoritized groups,” explained Reis, who is also president of the Diversity and Inclusion Committee at IAB Brasil (Interactive Advertising Bureau).

For now, the entire team that works in the network belongs to Alma Preta and Zygon, because the project is incubated in both companies. Zygon comes in with the technological and commercial part, and Alma Preta, with the bridge to independent media.

Since Black Adnet’s launch, Alma Preta's project coordinator, Marina Nascimento, has been actively seeking to include new members in the network. According to her, one of the group's differentials is bringing together outlets from all over the country.

"The goal is to nationalize and get out of this concentration [of media and resources] in the Southeast and South," she explained to LJR.

"Most of the content produced by advertising agencies is not aimed at the Black and peripheral population. And this is the majority of the country, this is the face of Brazil, and this is our audience,” Nascimento said. “So, bringing advertising into the network is, in a way, bringing these brands closer to our audience, which consumes all year round, not just in certain periods [such as the month of Black Awareness].”

So, how does Black Adnet work? Alma Preta and Zygon make contact and negotiate with advertising agencies and present the campaigns for the network's approval. Each media outlet then chooses whether they want to have that ad on its website or if it considers that that campaign violates some of their values and prefers not to show it.

Payments are distributed proportionally to the audience of each outlet, because the agencies offer a value for every thousand views, in the case of banners and pieces published on the sites. When the type of advertising is different, such as email marketing, content production in general, such as podcasts, texts or posts for social media, distribution of the revenue is different. The network outlet responsible for creating the material takes in revenue through production and running the ad.

Although the media outlets can choose which campaigns they want to run, companies or advertising agencies cannot choose which sites of the network they want to advertise on. In other words, the sale is made in a package: the audience of each outlet is confidential, and only the total volume is presented to customers.

Alma Preta and Zygon also participate in the creation of campaigns, to ensure that they are aligned with the network's values. "Sometimes they give the idea and the narrative of the campaign and we give tips to the agency's creative side, we have this freedom,” Silva said.

In addition, Black Adnet does a kind of prior filtering, to select the brands that can advertise on the network. This is because, Silva said, it is very common for opportunist companies to seek the group after cases of racism that generate national and international commotion and want to take advantage of campaigns such as Black Lives Matter. There is also a risk that these companies will try to use the network for social washing, a kind of cleansing of their image after internal racism scandals. 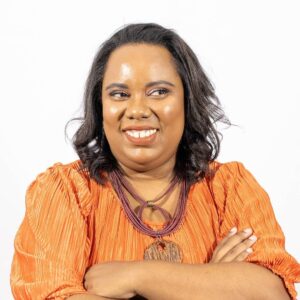 "Several brands knock on the door and we don't pay them much attention, how are we going to advertise for companies that promote slave labor, that the person works 12, 14 hours a day?", Silva said, referring to food delivery and transport apps. Ads for alcoholic beverages and cigarettes are also banned.

The concern with who can or cannot advertise on the network is big, Nascimento said, because most Black Adnet sites had never worked with advertising, precisely for fear that this could damage their images as independent outlets that fight for social causes.

"Placing a brand that does not dialogue with these values can end up generating noise or loss of followers and readers,” she warned.

Nascimento and Silva reinforce that, for a brand, advertising on the network is a kind of seal.

"From the moment we associate with the brand, this gives greater weight, a qualification for the brand, that it does serious work within the themes that we work on. We never advertised on the portal, so for a brand to have an ad on the Alma Preta website is a privilege," Silva said.

Benefits for participating in the network

For advertisers, one of the network's main advantages is this transfer of value from outlets, committed to the racial, gender, LGBTQIA+ and human rights causes, to the brand, as if it were a seal of quality.

Another positive point, according to Reis, is that the network provides a safe environment for brands, without disinformation or hateful content, for example.

"It's a very important concern for advertisers about where my brand will appear. And when you join a network like this, you are assured that they are all reputable publishers," he explained. 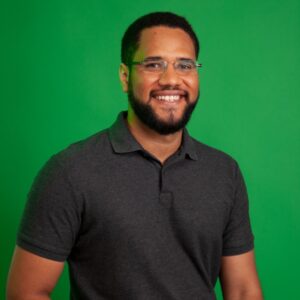 Finally, he also mentioned the benefit of the network being able to offer mass communication, to millions of people, with segmentation. That is, the advertiser chooses to appear on the network, but only to people with a certain profile.

"This match happens automatically. [...] I want to advertise to women in Rio who are interested in moisturizer for curly hair. As soon as a person accesses a website, this ad is displayed. If it is a person with another profile, this ad is not displayed. Programmatic media allows this automation," he said.

At the same time, a differential of the network is that it reaches audiences that traditional outlets have difficulty reaching, say the founders of Black Adnet. Precisely because these traditional media are usually led, mostly, by white men who are straight, cis, middle- or upper-class, middle-aged and from the Southeast region of the country, Reis said. While at Black Adnet, the editor can be from the periphery, female, Black, younger and from the Northeast, for example.

"Traditional media cannot offer this viewpoint that is the look of the minoritized person, which is being able to analyze an event, such as COVID-19, through the viewpoint of those who live in the periphery. So, whoever wants to see themselves in the content ends up not finding themselves in the mainstream. The network produces content for this audience, which is the majority of the country and who cannot see themselves or have their lives reflected in the news of the mainstream media," Reis said.

As for Black Adnet member outlets, one of the main benefits is to add up the audiences and, thus, have more bargaining power to negotiate with the big brands and agencies. That is, the network helps to break the advertising bubble.

According to Reis, "most publishers of minoritized groups do not have access to this advertising market," because it is necessary to negotiate with advertisers, to have a professional structure in the commercial and technology areas, something that is very rare in these journalistic initiatives. 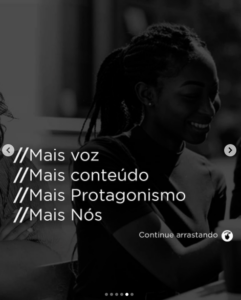 The network's objective is precisely to interrupt this cycle and allow these outlets to have a continuous and growing revenue stream, which did not exist before. Which, consequently, would help them to increase their teams, content production and audience and, ultimately, increase their voice and prominence.

"Our slogan is: more voice, more us. We understand that it is important that we have more space, that we are heard in the first person, we speak for ourselves and not someone for us,” Reis said.

At Black Adnet, Zygon helps the media outlets structure their technology and information security areas so they can publish ads. This support helps to professionalize the network's sites, something that becomes permanent for the members.

Another learning experience that the network provides is the experience of selling ads and knowledge about the advertising market, something that, in general, journalists do not have.

"The first feedback we received [from the media] was: 'we were prejudiced against bringing advertising to the site and in this way we excluded one form of revenue, so today there is one more way, we diversified the sources of revenue,'" Nascimento celebrated.

According to her, the network's filter in relation to advertisers is something that helps journalists to abandon this prejudice, because they understand that it is possible to host advertising that is in line with the site's values.

With Black Adnet's earnings, some outlets were able to hire more professionals, others bought equipment to invest in podcasts and offer a new product. One of the members used the resources to redesign the site, which, as it was, did not attract readers and did not provide an interesting experience, Nascimento said.

"They developed improvements, to be able to bring in more audience, more publicity and new ways to earn," she said.

This extra income, considering that many of these outlets work with volunteer teams due to lack of resources, makes a huge difference, Nascimento said.

"There was a member of the network who commented that, for the first time, they managed to pay themselves. It was at the end of the year, and they said it was their Christmas present. This was very important for us."