The Brazilian government announced the creation of the National Observatory of Violence against Journalists, a demand from organizations defending press freedom and journalists in the country. The announcement was made by the Minister of Justice, Flavio Dino, on Jan. 17, a day after meeting with representatives in Brasilia, who shared with the minister a series of proposals to contain violence against press professionals.

The national secretary of Justice, Augusto de Arruda Botelho, is the authority responsible for the Observatory. He told LatAm Journalism Review (LJR) that the creation of the agency came about because of the importance of the issue and the escalation of violence that journalists have been suffering in recent years.

"From 2019 to now the numbers have been increasing quite significantly. Mainly because of the way the previous government, specifically President [Jair] Bolsonaro, treated the press. He did so in an extremely violent and disrespectful way, especially towards women journalists. This obviously influenced his supporters to act in the same way," Botelho said.

According to him, the Observatory will not only do "passive monitoring" of violence against journalists, but will also follow up on cases and seek to ensure they are investigated and that aggressors are held accountable. 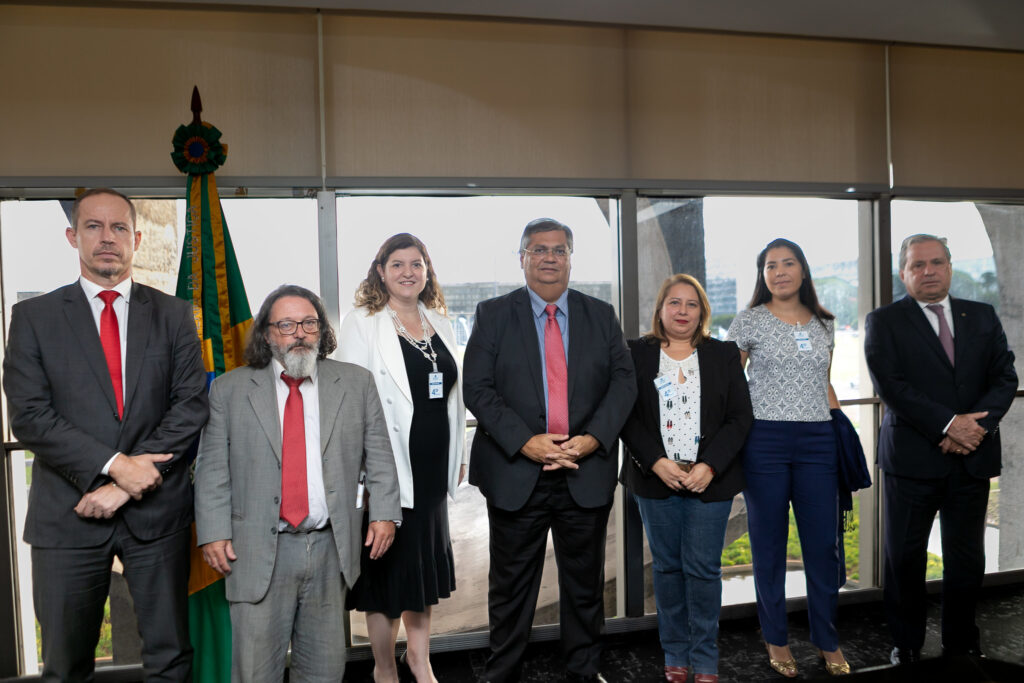 Representatives of Fenaj, Abraji and the Union of Professional Journalists of the Federal District (SJPDF) with the Minister of Justice, Flávio Dino, on January 16, 2023. Photo: Tom Costa / MJSP

"The National Department of Justice has in its competence the interlocution of the government with all the actors of the Judiciary. So the Observatory will not only monitor cases, but will also make demands of the authorities. In order for this to have a good dynamic, invitations are being sent this week and next week to entities having to do with journalists, such as news outlets, associations, unions, and civil society organizations that deal with this topic. Also, to representatives of the Judiciary: Federal Police, National Council of the Public Prosecutor's Office, Federal Prosecutor's Office, National Council of Justice. All will be called to nominate representatives to this Observatory," the secretary said.

Botelho said he intends to hold "a first large meeting" with these representatives in early February, so that "we can jointly design the format of the Observatory.”

According to him, the agency will follow not only cases of physical violence, but also online attacks, and propose measures to prevent violence against journalists. "There is no point in only being reactive. We will be proactive by presenting proposals for improvement, obviously after this group has been formed and has discussed this," Botelho said.

The willingness of the new government, led since Jan. 1st by President Luiz Inácio Lula da Silva, to dialogue and defend journalists contrasts with the attitude of the previous government, led by Jair Bolsonaro, one of the main instigators of violence against journalists in the country. 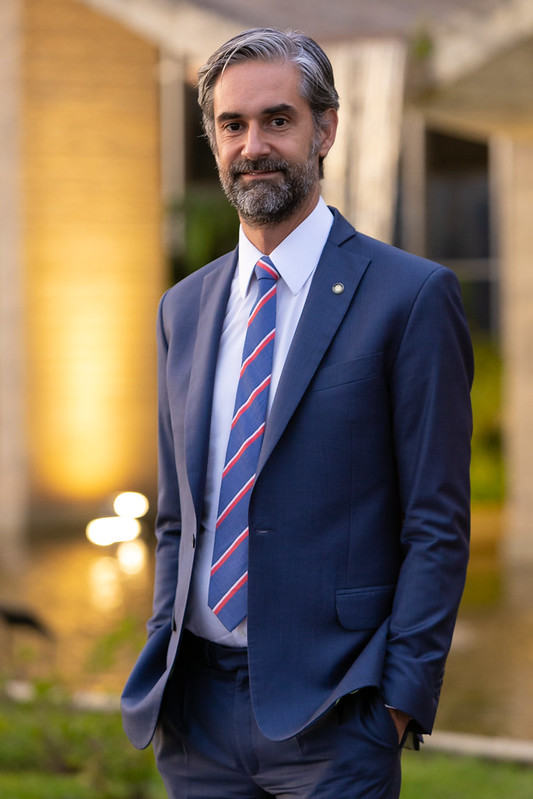 According to records of organizations that defend press freedom and journalists, Bolsonaro, his political allies and supporters have been the main agents of violence against press professionals in recent years in Brazil. In 2022, violence reached record levels, according to the Brazilian Association of Investigative Journalism (Abraji, by its Portuguese acronym). It intensified in the post-election period, amidst the unrest promoted by Bolsonaro supporters after his defeat at the polls. Just between Oct. 30, 2022 and Jan. 1, 2023, there were at least 70 cases of attacks on journalists, according to monitoring carried out by Abraji, in partnership with the National Federation of Journalists (Fenaj).

This scenario culminated on Jan. 8, when thousands of Bolsonarists invaded and vandalized the premises of the National Congress, the Presidency of the Republic and the Federal Supreme Court (STF) in Brasilia. At least 40 journalists were attacked between Jan. 8 and 11, according to Abraji.

On Jan. 9, representatives of Abraji, Fenaj, the Union of Professional Journalists of the Federal District (SJPDF) and Reporters Without Borders (RSF) met with the Minister of the Department of Social Communication (Secom) of the Presidency, Paulo Pimenta, and with the Secretary of Digital Policies of Secom, João Brant. The meeting dealt with the attacks of Jan. 8 and showed the willingness of the federal government to act to mitigate violence against journalists in the country, according to reports from Abraji and Fenaj.

On Jan. 16, representatives from Abraji, Fenaj and SJPDF met with the Minister of Justice, Flávio Dino, and presented a series of demands to curb violence against press professionals, including the creation of an Observatory.

According to Samira de Castro, president of Fenaj, the creation of this body by the federal government had been a demand by the organization since 2013, when the popular protests that became known as the ‘June Days’ took place and "[press workers] as a whole began to be attacked in a massive way in Brazil," she told LJR.

"We had never found an echo in the public authorities for this proposal to be put into practice. Unfortunately, we needed to reach this moment of extreme violence for this to happen," she said.

She pointed out that the meeting with Dino was called not by the organizations, but rather by the Ministry of Justice, which "shows that we have come out of a four-year period in which there was no dialogue between organizations representing journalists and the central executive branch. [We went] from a government that criminalized and discredited journalistic activity, (...) to a good moment, in which there is a very fast dialogue [with the current government]."

Castro noted that several organizations that defend press freedom and journalists do their own monitoring of violence against these professionals - such as Fenaj, Abraji and RSF, for example.

"In fact, we need public authorities to make it their public policy to monitor this violence and guarantee accountability of its authors. We are going from an individual sphere of each organization to a national umbrella that has a support structure and operation via the Ministry of Justice," she said.

Katia Brembatti, Abraji's president, also spoke to LJR about the difference between the previous and the current administration’s relationship with journalists and their approach to violence against professionals.

"We came from a scenario where there was no dialogue, no conversation, and beyond that: there was an incentive, a stimulus to aggression of all kinds [against journalists], whether on Twitter or physically," she said about the Bolsonaro administration.

According to Brembatti, "this friendly relationship that is happening in these first days of the government [between journalists' defense organizations and the federal government] was not like this in previous PT [Brazilian Workers Party] administrations," of Lula (2003-2010) and Dilma Rousseff (2011-2016).

"Obviously, we didn’t have hostility like we saw during the Bolsonaro administration, but neither did we have this closeness. We believe that the state of affairs, the level to which [violence] has reached, led to this opening. We [journalists] are very exposed, I would even say weakened. The view that I have is that in other countries freedom of the press is defended not only by journalists, but by society, to a greater or lesser extent. In Brazil we have the feeling that we are fighting alone, that it’s only us saying 'look, they’re attacking us,'" she said.

The Brazilian government's current position of repudiating violence against journalists, as well as its willingness to deal with the issue side-by-side with organizations that are working on this issue "is very important, because to consider crimes against journalists as a common crime is not possible, especially in this present moment," she said.

"You can't say that anything that happens to a journalist is a common crime, because it is not. It is a crime directed at a group, at the press. (...) The government's understanding that there is a serious problem, a targeted issue, and that it’s necessary to take some measures, for us this is already a step forward, if we consider the recent past," Brembatti said.