With the coronavirus pandemic, scientists who were relatively unknown to the general public became stars in the media and social networks, and scientific content gained relevance and visibility. Science Pulse was created in this context. It’s a social listening tool aimed at helping journalists to get the best out of the scientific community on Twitter and Facebook.

Science Pulse curates scientific content posted on social media from more than 1,600 selected profiles of institutions, universities, organizations, scientists, specialists and doctors from different countries. Currently, about half of the monitored accounts publish content in English, 40 percent in Portuguese and 10 percent in other languages, such as Spanish and French. And the base of profiles included in the tool increases continuously.

"The objective was to concentrate, in one place, the main posts of scientists, in order to give more visibility to these discoveries. And so that journalists and communicators can create new content and know what is happening, not only about the pandemic, but about science in general", Brazilian journalist Sérgio Spagnuolo, creator of Science Pulse and ICFJ Knight Fellow, told LatAm Journalism Review (LJR).

In addition to the collection of publications, the tool organizes and assembles the content into lists, according to different criteria. One of them, for example, shows the most popular posts among peers, that is, among scientists monitored by Science Pulse.

In part, this list follows the logic of Twitter's trending topics and works for the journalist to know what is going viral or on the rise among scientists. To appear in this list, the content must have been shared or published by one of the profiles monitored by the tool and, then, have a lot of engagement from those same selected accounts.

There are other rankings that take different criteria into account, such as popularity proportional to the number of account followers. That is, a post may have few likes, but enter this selection if the engagement is high for the total followers of the account. Another list brings together a random sample of content from profiles curated by Science Pulse. The purpose of these two other metrics is to reveal scientists who can be brilliant in their fields, but, for various reasons, do not stand out on social networks.

The tool, which was officially launched in July, has the support of the International Center for Journalists (ICFJ) and a partnership with Agência Bori. The project is from Volt Data Lab, a data journalism agency founded by Spagnuolo. Three Volt Data Lab members work on Science Pulse on a regular basis, but the tool was developed by seven people.

From its launch to December, the site had 4,453 unique users, almost 20 percent of which are repeat visitors. "It is worth saying that we don't want to have a huge audience, we want to make an impact on the journalistic community so that they can find scientific content on social networks," Spagnuolo said.

Still in beta, the tool is undergoing expansion and improvement. Currently, the focus is on specialists linked to health, biology and medicine – mainly due to the pandemic. However, the team is working to create a methodology for categorizing knowledge areas. Thus, they soon plan to include profiles from other fields, such as astronomers or statisticians, for example, and allow users of the tool to make specific searches by area.

To find out how the public uses Science Pulse, the team conducted a survey of 170 people, including 125 journalists. "Many said that they use the tool to avoid having to follow 1,500 scientists. We want to improve the tool so that it becomes a hub where journalists go to get scientific knowledge and come up with story ideas," Spagnuolo said.

Journalist Jade Drummond, community and audience manager for Science Pulse and Volt Data Lab, said that many journalists praised the curatorship of the project. "The main strength of the tool is the trust and credibility of the profiles that are there. And the fact that it is an updated list too, because if the journalist did it alone, it could be outdated," she told LJR.

On the website, there is a form for suggesting accounts of scientists and institutions to be included in the monitoring. "Our method of choosing profiles is what we call the snowball effect, you enter the profile of a recognized scientist, see who he follows [and add them to the tool]. Enter another, and when you see it, you have already selected several,” Spagnuolo said.

The team also considers the description or short biography of the scientist on the social network itself and sees if there is any link to a university or institution website. In addition, they evaluate publications to ensure that the profile matters. "We read what the person tweets, because it is useless [for the tool] to be a scientist who only publishes kittens and memes. We want people who are spreading science through social networks," he said. 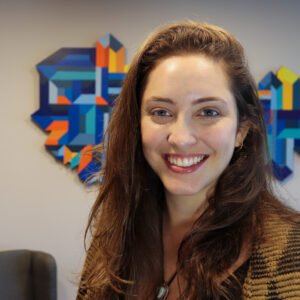 At the same time, Spagnuolo relies on feedback from the community of journalists and scientists to correct errors. "We are very open to criticism. Our attention was recently called to a person who claimed to be an astronomy researcher, but kind of copied the ideas of others, so we took them from our database. Sometimes they can even be a researcher, but they are spreading ideas against science, so we keep an eye on it and count on the community to talk to us when there is such a case," said Spagnuolo, who guarantees, however, that complaints are rare.

Through the feedback survey, the team learned that journalists use Science Pulse primarily for consultation, as "a behind-the-scenes tool, for research," Drummond explained.

"It is very common for a journalist to use it to find out if he is up to date in the discussion among scientists or if he has lost something. Also to discover a different source that is not so much on his radar. Or to know which topic to prioritize in coverage. Sometimes the journalist sees something on Science Pulse, get that idea in their head and does a story a few days later,” she said.

According to the survey, two out of three users said the tool is very useful or extremely useful – 57 percent of respondents said they use Science Pulse on average once a week and 20 percent answered they use it several times a week.

Science Pulse helps to find new stories, new studies or sources and also serves to capture trends in the scientific community. Drummond said the tool has been used by journalists from major newsrooms and websites specializing in science, which belong to institutes and universities.

The difference, she said, is how they use Science Pulse. It is possible to enter the tool on the website or register to receive summaries in daily or weekly newsletters, as well as follow the Science Pulse bots on Twitter that bring the top three posts from the scientific community in the last 12 hours.

"Whoever is in the newsroom, doing hard news and covering the pandemic, cannot get into the tool every day, so they usually use the Twitter bot. The journalist goes there just to know if they missed something, if they are inside the debate. It works like a teaser,” Drummond explained.

The survey also showed that Brazilian journalists use the tool to discover scientists from other countries. "Sometimes a discussion that is taking place in Brazil started abroad and it may be interesting for the journalist to find the original source," she said.

Science Pulse was not designed specifically for Brazilians, but, throughout the process, it was clear that the main audience was journalists from the country. "More than 90 percent of our audience is Brazilians. So we started to increase the base of monitored Brazilian profiles over time," Drummond said.

"In the beginning, we launched the site in English, but then we noticed that most of our audience came from Brazil and we translated everything into Portuguese. There are a lot of Brazilians studying abroad, so we don't classify profiles by nationality, but according to the language in which the person writes,” Spagnuolo said.

Until May, the project will continue with the support of the ICFJ. After this period, the plan is to seek new financing. "We can eventually charge for reports and consultancies, but the tool will always be open," he said.