On Aug. 26, it was announced that she will receive the Chilean National Journalism Award given by the Ministry of Education, which adds to the large number of recognitions she has received, including the Maria Moors Cabot Prize from Columbia University and the Unesco/Guillermo Cano Press Freedom Award.

“In each of the projects she has undertaken, she has contributed to the construction of the country’s republican memory, rescuing the best tradition of free and independent journalism,” the jury of the recent award said. “Her work has been a contribution to the recovery of freedom of expression in Chile.”

“I never thought they would give me the National Journalism Award in my country because the work I have done in my entire career, and particularly in the last 12 years at CIPER, investigative journalism at the heart of the system and of high impact, discomforts and reveals the powerful, whoever they may be,” González, who recently left the site as director but is still president of the CIPER foundation, told the Knight Center. “And they gave it to me. It was a credit to the importance that CIPER has had in Chilean society. Really independent investigative journalism, which is not blind to the corruption of any political, business or religious sector and that is transparent with the resources on which it lives and which it spends.”

The investigative journalism of Chile is undoubtedly marked by the work done by CIPER and its founder Mónica González. During its 12 years of existence, CIPER has published countless investigations that have revealed different corruption schemes or criminal networks that have caused commotion in the country.

For example, it revealed how the census was carried out with irregularities or how the survey that measures poverty was doctored, affecting the most vulnerable population. It also revealed how one of Chile's most beloved Catholic priests was accused of sexual abuse and other crimes; or how a traffic network and adoption of minors took away single and impoverished mothers from their children to be adopted abroad.

There are many awards that CIPER’s investigations have won both in Chile and abroad, in addition to those received by González.

It is precisely with this record that on Aug. 21 the organization launched its community membership program +CIPER, designed by the journalist Claudia Urquieta. The initiative seeks for the organization to become self-sustaining so that it can maintain its independence and at the same time offer quality content for free, Pedro Ramírez, director of CIPER, explained to the Knight Center.

The process of seeking “alternative financing,” as Ramírez explained, began in 2016 when its main and historic funder – the Copesa Group – warned the team that it would gradually withdraw resources due to the global media crisis. Since then, funding has been received from Open Society Foundations and Universidad Diego Portales. Support from the Copesa Group ended definitively in December 2018.

However, for Ramírez it was clear that self-sustainability was the main objective after so many years of experience, although he clarifies that they are always open to and grateful for the support of any foundation or donation.

“After giving many turns to what we wanted to do, we decided that what best suited CIPER's profile is a membership campaign, to make our readers into partners, for our readers to make a commitment with the future and the content of CIPER,” Ramírez said. "Why? Because CIPER is a non-profit foundation whose sole purpose is to procure funding for a professional team of journalists to make investigative reports that generate and promote public debate on public policies, overseeing both public political power and private business power”.

To carry out this oversight and preserve its editorial independence, CIPER has never sold advertising. In fact, Ramírez believes that it would be difficult to find a private actor who wishes to advertise in a media outlet that is dedicated to monitoring its own power. That is why they consider that what they have to do is “for the people who value CIPER, who value our journalistic content, to take on the challenge of joining us in financing.”

In just a little more than a week after the launch, the Community +CIPER already has more than 200 members. People who wish to become members of +CIPER can do so with a minimum monthly contribution of 3,500 Chilean pesos (about US $6). From there they can grant what they want.

According to the organization’s calculations, it must obtain at least 1,500 members with the minimum monthly contribution to match the contributions that it currently receives from non-profit organizations.

CIPER has invested everything in the membership system because it does not believe that the pay wall or charging for exclusive content aligns with its objectives. 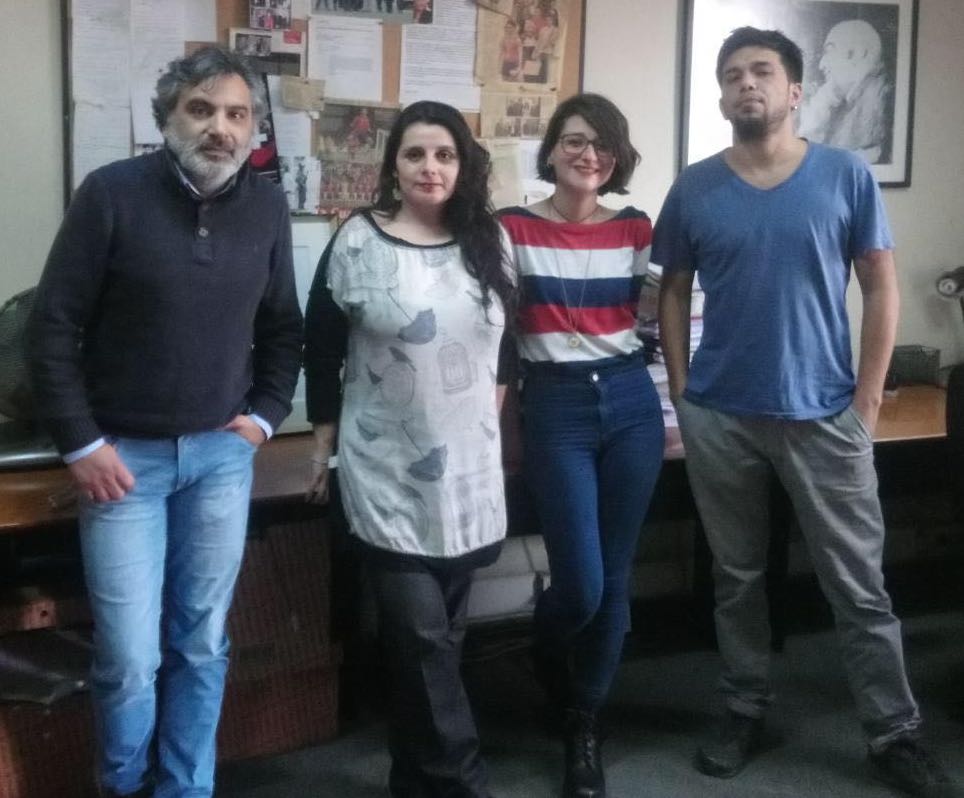 “We believe that the work of CIPER is work of support, it is a work of deepening democracy. We believe that the contribution to the public debate is very important, the contribution to the public policy debate, the monitoring of public and private powers is very important for the strength, for the good health of democracy. Therefore, if we define ourselves that way, we believe that charging people for our content is turning our backs on the history of CIPER. And we are not going to do that,” said Ramírez, who emphasized that it is not a criticism of the payment model that works for other media.

For González, CIPER's work was precisely one of the reasons for receiving the recent award.

“[With the National Journalism Award], deep and independent journalism is honored. That work that today in the crisis experienced by the media, a crisis of economic model and format and content, emerges as indispensable,” González said. “That is why it is so important that citizens support the new campaign that CIPER has just launched and become partners, that they allocate the amount they can each month to a media outlet that will face the false news industry, that wants to continue investigating the central issues, such as the gaps in the law and the lobby of miners and agricultural multinationals that prevent the solving of the serious water crisis or the laws that have irregularly benefitted large electricity companies to the detriment of users.”

For María Teresa Ronderos, a Colombian journalist who was in charge of the Independent Journalism Program of the Open Society Foundations until the end of 2018, CIPER has marked Latin American journalism for having been the pioneer dedicated exclusively to journalistic investigation.

“But it was not only the first. It has also set an example in the defense of the public interest, even in the midst of tragedies such as the earthquake; and it has taught us the way to many reporters regarding how to put the investigative claw at the service of the weakest and most vulnerable in a society,” Ronderos told the Knight Center. "That is why it is worth supporting CIPER so that it continues lighting the way for everyone.”

CIPER currently has five journalists “who work hard,” said Ramírez. They publish between two to three investigations monthly, in addition to publishing current news. Ramírez’s aim is to be able to recover the “historical average” of eight journalists dedicated to investigation, and add a webmaster and a smaller team that produces multimedia content on social networks. This way they will be able to reach an audience more accustomed to these platforms with their investigations.

“Calling people who are outside Chile to perhaps commit to this project that we have here and that has been a successful project from a journalistic point of view and that requires the contribution of many people," Ramírez said. “Sometimes 6, 7 dollars do not hurt anything, but for us they are important. If there are people out there who like good journalism and who want to commit, welcome! Get on the CIPER page, press the button that says ‘Become a member’ and help us.”

Recently the Knight Center published a report from the Membership Puzzle Project on media membership options and the lessons that media outlets can learn from member-funded organizations. It is available in the Digital Library.

* Editorial Note: Rosental Calmon Alves, director and founder of the Knight Center for Journalism in the Americas, is part of the CIPER Board of Directors.