That was the main lesson of the session, “The Urgency of Journalistic Collaboration,” held during Festival 3i of Innovative, Independent and Inspiring Journalism, which took place in Rio de Janeiro from Oct. 18 to 20. 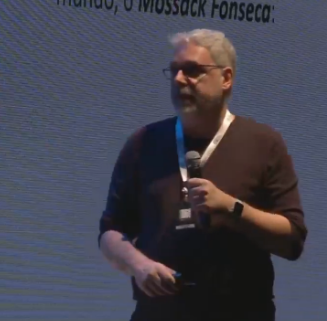 “There are stories that not even the best of reporters can do on their own. It is impossible,” journalist José Roberto de Toledo, executive editor of the site for Piauí magazine, said about the international collaboration for the Panama Papers investigation. “There were 400 journalists from 100 outlets in 80 countries [speaking in] 25 different languages.”

Ninety-six journalists from Latin America alone participated in the investigation.

In 2016, Toledo was working for Estado de S. Paulo, one of two Brazilian outlets that had access to leaked data from then-law firm Mossack Fonseca, based in Panama, about offshore companies created by the firm that could be used to hide assets and avoid paying taxes.

Collaboration in this case was imperative. The staff of the German newspaper Süddeutsche Zeitung, which received the leaked documents from an anonymous source, would not be able to analyze the material alone. “Forty years of records and messages, 11.5 million secret files, 2.6 terabytes of data. It's hard to imagine in terms of volume. [It's] 470 million words, [equivalent to] 600,000 bibles, which would be the height of two Everests,” Toledo said.

It was up to the International Consortium of Investigative Journalists (ICIJ) to organize the investigation, which took place over a year without any information leaking out. For Toledo, all credit for the success goes to ICIJ, which created a working system to prevent that. "There were 210,000 offshore companies in 21 offshore jurisdictions. [...] And among the beneficiaries of these offshore companies there were 140 politicians from 50 countries,” the journalist recalled.

But journalistic collaboration doesn't always work that well. In 2010, when Wikileaks obtained access to secret documents produced by U.S. diplomats around the world, Julian Assange, the site's founder, sought out El País, Le Monde, Der Spiegel, The Guardian and The New York Times. 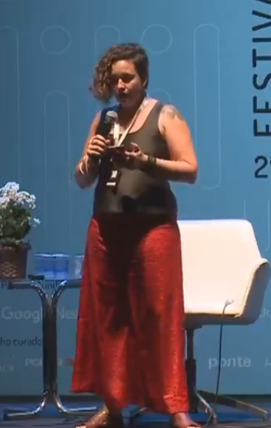 Natalia Viana: “For a collaboration to work, there needs to be patience, verbal and written agreements, flexibility.” Photo: YouTube

“Julian Assange's attempt to control the process and the lack of dialogue between the parties led to very serious relationship problems before and after,” Brazilian journalist Natalia Viana, who was one of the Wikileaks collaborators, recalled during Festival 3i. “They were newsrooms accustomed to scooping. I remember Julian Assange and his assistant saying ‘don’t publish, you can’t publish.’ Holding all of them [the newsrooms] to publish at the same time was an extraordinary tension.”

Viana has directed Agência Pública, a site for investigative journalism, since 2011. She is also one of the co-founders. Like other digital native outlets, Pública bets on collaboration with other media. She believes, however, that there is still “a long way [to go] until collaboration is internalized in large and small newsrooms.”

“Recently, a partnership between Agência Pública and a large outlet ended up falling apart because the outlet found a scoop in the investigation and decided to publish without our consent and the necessary dialogue,” Viana said. “For a collaboration to work, there needs to be patience, verbal and written agreements, flexibility because there are problems that happen.”

In the case of the Panama Papers, the fact that it was an international collaborative investigation may have shielded journalists from pressure within their own companies, in Toledo's assessment. He recalled that Estadão entered the investigation in the final stretch, after another outlet dropped out.

An impasse, however, arose when the names on the Mossack Fonseca list included a shareholder of the newspaper and the president of the board of Grupo Estado. “[Each] had an offshore [company]. It helped a lot that if there was a decision not to publish, the other Brazilian outlet that was a member of the consortium would publish similarly and would be an even bigger embarrassment,” Toledo said. 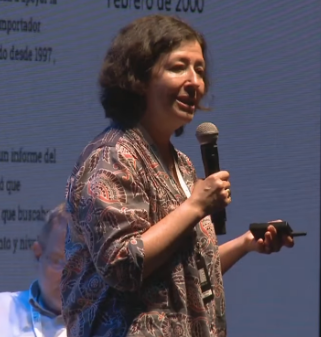 Colombian journalist María Teresa Rondero, who now heads the newly created Latin American Center for Journalistic Investigation (CLIP), recalled that when she began working as part of international collaborations through ICIJ, one of the challenges was to seek equality among participating journalists.

“At the beginning, journalists from media outlets from the United States, from Europe, somehow felt that they were at a higher level. And they looked with a little disdain at the collaborations of journalists from Africa, Asia and Latin America, because they were used to having fixers in these countries. [...] it was very difficult to make them understand that we were not fixers, that this was a collaboration of equals, and that we had to publish together and participate and take the investigation seriously," the journalist said. "In the case of water, for example, about water owners, I had to do 17 versions of a story because there was a Canadian who seemed to think I was inventing it all, that nothing was true.”

The urgency of collaboration

Collaboration not only extends the depth of coverage and scope, but is also able to provide greater security for journalists investigating crimes committed by the powerful. One of the investigations recently coordinated by CLIP is Proyecto Miroslava, which looks into the investigation of the murder of Mexican journalist Miroslava Breach. She was killed on March 23, 2017 after reporting on links between drug gangs and their political connections.

“What we did was to bring some investigators from other countries and also help them with the whole idea of protection and safety. It would be dangerous for them to publish that story in Mexico alone. The effect of Proyecto Miroslava was enormous. Editorials in The New York Times, The Washington Post. There were more than 45 Mexican media outlets. Of course the pressure on the government to solve this case is enormous.” 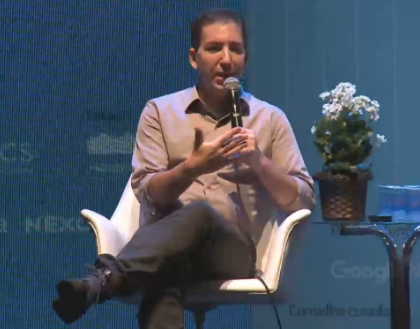 In addition to security, collaboration is also needed to handle new social dynamics and new technologies, according to Toledo. “Crime is increasingly transnational, so journalism also needs to be. Journalists need to work with each other and with professionals with complementary skills, such as developers and lawyers, because they will have knowledge of something that we have not mastered,” the journalist said.

In Brazil, the most impactful scoop of the year, which is still yielding new stories, is the Vaza-Jato series. It was first published by The Intercept Brasil, which then partnered with other media outlets to analyze the content of messages exchanged between members of the Lava-Jato Task Force through the Telegram app. They show behind-the-scenes decisions and relationships between members of the public prosecution and the judiciary, most notably former judge Sergio Moro, who is currently minister of justice. According to journalist Glenn Greenwald, founder of The Intercept, leaks like this should become increasingly common.

"The most brilliant innovation of Julian Assange, of Wikileaks, is that they realized before everyone that the future of journalism will be based on huge digital leaks. Because now the most powerful institutions are keeping their secrets in digital formats. On the one hand, it is more convenient for them, but on the other it creates a vulnerability because it is much easier to leak huge amounts of information than it would be on paper," Greenwald said during Festival 3i.

For Ronderos, a small media outlet, such as The Intercept, benefits from collaborations not only in reporting, but also in amplifying the impact. “Today, on the internet, we have a huge abundance of information. And for a single media outlet to be seen, to be heard, is very difficult. [Collaboration] is a way for people to quickly identify, ‘ah! This is good journalism.’ Because it is backed by many names. It allows citizens to get hooked with good information.”