Colombian media outlet Mutante has been starting conversations about difficult topics since it was launched more than two years ago. Sexual violence. Workplace abuse. Mental health. Topics others shy away from, but that Mutante’s team seems willing to face.

The media outlet, which today consists of 12 people and is based in Bogotá, describes itself as a "digital movement of citizen conversation,” which invites the public to speak, understand and act on the most pressing problems facing Colombian society.

The founders of Mutante were concerned about the distance that existed between traditional journalism outlets and audiences. They believed it was necessary to develop strategies to bring the public closer and rebuild trust lost in media. 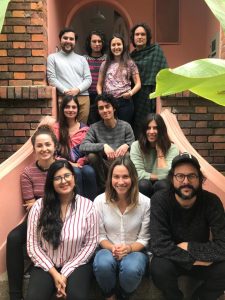 “It seemed to us that it was precisely through conversation that we could do call to action, which would allow a greater ownership from the public about what we were investigating,” Juan Camilo Maldonado, director and co-founder of Mutante, told LatAm Journalism Review (LJR).

In other words, they didn't just want to publish reports and deliver them ready-made to the public, "like discoveries," but they wanted the audience to assimilate and act on the topic, generating feedback, through crowdsourcing techniques and what they call digital conversation. Therefore, the aim is to combine journalism and digital strategies to mobilize the public.

In addition to these motivations, the founders also considered that there were many debates and knowledge being generated within civil society organizations that did not reach a wider audience.

“Mutante was born with the vocation of being a journalistic outlet that articulates and links the conversations of civil society organizations with the wider citizenry. [...] And that was when we drew up the method of social conversation, which basically starts from the premise that for audiences to be linked to a problem or an investigative topic, they must be called upon at three levels: speaking, understanding and acting. Each of these levels is translated into a series of digital actions over several weeks that, together, make up a conversation cycle,” Maldonado said.

Another idea behind the conversation cycle proposal, he explained, is the belief of Mutante's founders that each person has experience and knowledge that can help solve problems.

“So, in some way, Mutante seeks to activate, with optimism, faith in people, and that they have many resources to contribute [...] to the transformation of a problem.”

The conversation cycle consists of three stages. In the first, speaking, Mutante seeks to instigate people to interact and discuss the theme of the cycle, which can be initially proposed with the publication of reports – investigations can also be launched in the middle or at the end of the cycle, depending on the case.

For example, when Mutante addressed sexual violence against girls, they questioned the public on social media about their personal experiences.

“So, when you were a girl, how did they talk to you about sexuality? What kind of sex education did you receive when you lived with your family? How was sexual violence discussed in your home, if at all? That is, questions that activate personal memory and the relationship of people around the topic we are investigating,” Maldonado explained.

In the stage of understanding, Mutante invites specialists to explain the causes and consequences of the problem – at this time, the public is also called on to give an opinion.

Finally, in the acting phase, the outlet develops communication pieces to encourage decision makers and citizens to act, in some way, to help solve the problem. Within the theme of violence against girls, Mutante created two pieces as part of the acting stage. After publishing a report, the outlet invited an expert to talk about the subject in a live streaming session.

“We asked her what she would say to a woman or girl who has been abused and wants to file a criminal complaint against her aggressor. And this woman, who is a former state council magistrate, feminist, said that she would tell a woman to get ready. Based on that, we decided to make a manual, aimed at victims of sexual violence, giving preparation tips before filing a complaint,” Maldonado said.

The other piece they created came from one of the reports. Maldonado says that he learned about a pedagogical methodology, applied by the Attorney General's Office, which used a kind of deck of cards to sensitize judges about gender violence and prevent the repetition of unfair sentences. According to the journalist, the cards in the deck guided a conversation that helped to reveal gender bias.

“Based on this methodology, we decided to create a digital deck for people at home to have conversations with men or people in their families about gender stereotypes and how they victimize and hold victims responsible.”

One of the most interesting aspects of Mutante's methodology is that it follows a feedback process, that is, comments and dialogue with the public generate new reports, other approaches and products.

In addition to interacting with the public on social media, the outlet uses the comments to carry out a conversation analysis, published in a newsletter at the end of each cycle. They also promote public meetings – now virtual – to debate the themes and invite readers to join the editorial board. 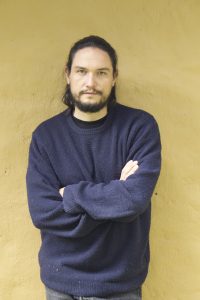 As an example of taking advantage of feedback from the audience, Maldonado tells how they approached the protests in Colombia, which have lasted for more than two months. According to the journalist, the subject has polarized opinions in the country.

“There is a majority opinion that is outraged because the police shoot and kill young protesters. And there is a minority sector that considers that the protesters are vandals who are destroying the city,” he said. “So, between those two groups, very complicated conversations began to happen. We sensed this was happening, so we asked the audience a question, if they were having difficult conversations with their families and friends as a result of the national strike.”

Mutante received more than 120 responses and, in many of them, readers told how they were solving communication problems and generating consensus in their families. The outlet then gathered these strategies and created a manual for difficult conversations.

And when the conversation with the audience goes down a toxic path or one of disrespect for human rights? Maldonado says that aggressive comments are often ignored, with the logic "don't feed the trolls.”

“We have learned that there is a segment of the population that wants to shout petty truths or petty lies that are difficult to defuse. [...] We focus more on those people who come to contribute.”

In cases where they notice a biased or uninformed opinion, they try to engage the individual in a conversation, with questions that lead them to reflect on the construction of these “common narratives people have about these problems.”

According to Maldonado, Mutante's work can be described as participatory journalism, solutions journalism, service journalism or constructive journalism. He also said he has no problem calling its work activism.

For him, getting the public to act is a necessity of our times, because there are urgent problems, such as social inequalities and global warming, that require rapid changes and the active participation of citizens. Therefore, he believes that journalism now cannot only reveal problems and be satisfied with it, but also needs to provide tools for the situation to be resolved.

“Our journalism takes positions, but is transparent about its positions,” the journalist said.

Mutante initially emerged as an arm of a content studio specializing in social change called Camino. The studio was created in 2017 and founded by Maldonado, Nicolás Vallejo and Juliana Zárate. In October 2018, they launched Mutante, still inside the studio, but the project grew and became independent.

In May 2021, the team working on the outlet created Fundación Mutante, a non-profit entity, separate from the studio. Thus, Mutante is founded by 12 people – 9 of whom are women. The media is financed mainly (83%) with scholarships and grants.

The remaining 17 percent comes from sponsored conversation cycles. So far, Mutante has only worked with foundations and civil society organizations with which they share values. They are also open to receiving sponsorship from companies, but Maldonado says that this ethical alignment is more difficult with this type of organization.

"We have a protocol of editorial independence that we share with all potential sponsors and we tell them that we receive the sponsorship, but that they cannot intervene in the editorial line or in the conversations,” he said. “We have come across several foundations that do not like that clause and [...] we do not work with them. But, we have also found many organizations who are very interested in having a topic discussed regardless of whether they control the editorial line.”