COVID-19 kills more than one journalist a day in Latin America; region is the world’s most fatal for press professionals

More than one journalist dies each day. As if it was not enough for Latin America to be one of the most dangerous and violent regions for the practice of journalism, it has also seen the most deaths of press professionals due to COVID-19, according to data from the Press Emblem Campaign (PEC).

The Swiss-based non-profit organization reports 908 journalists died of COVID-19 in 70 countries, as of March 16. Of these, 505 occurred in 18 Latin American countries. That is, 55 percent of the total. Since the first recorded death, the region has had a daily average of 1.44 journalist deaths. In the last two weeks alone, 21 deaths have been added. 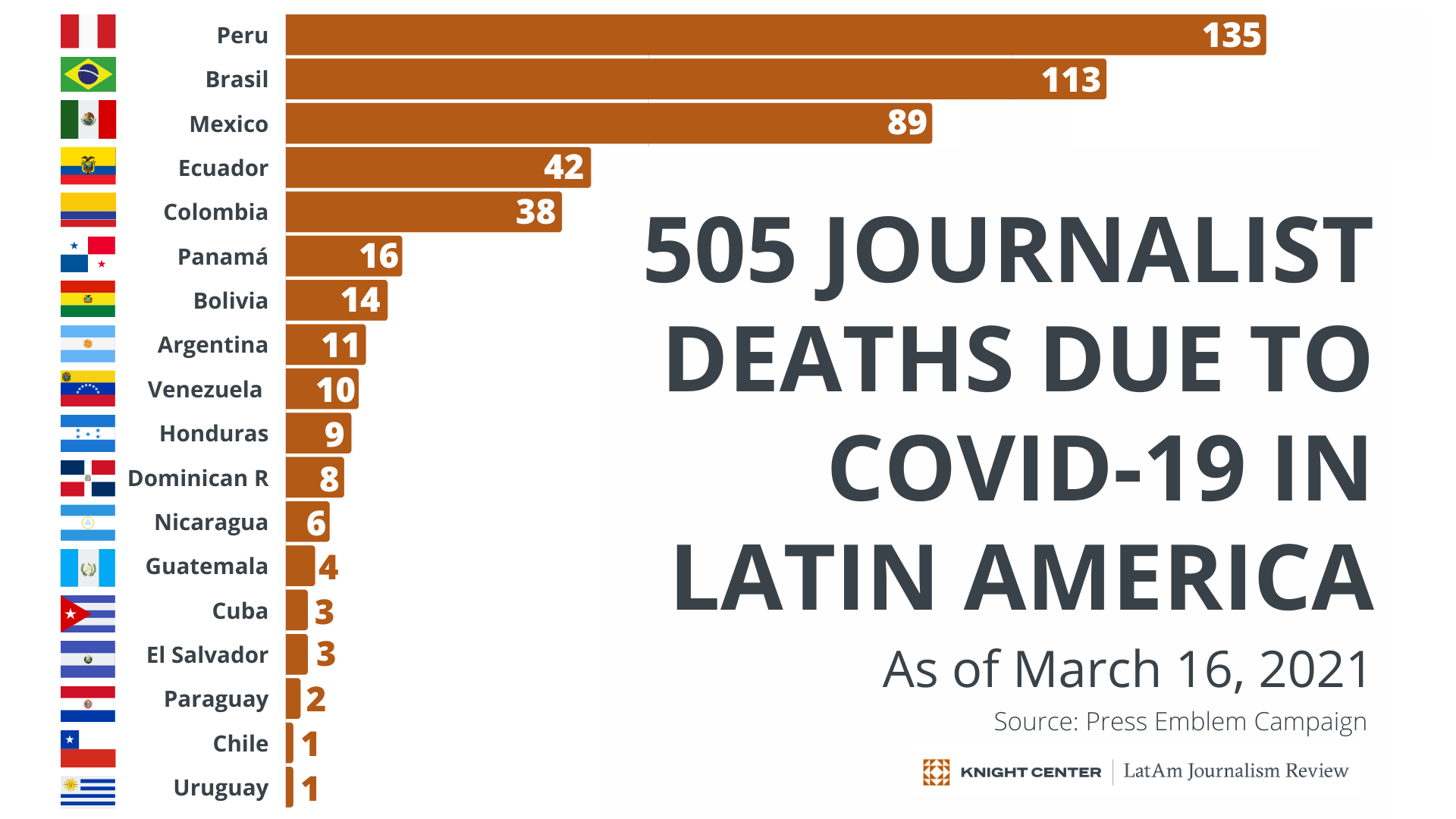 PEC has been monitoring cases since March of last year based on information published in the local press and surveys by unions and national organizations of journalists, as well as searches on the Internet and social networks in different languages. The organization started work to honor journalists killed in the world and to draw attention to the category's social function in the fight against the pandemic.

“Journalists pay a high price in this pandemic. They have an essential role to play in the fight against the virus. They must provide information on the ground and their safety is particularly at risk. A number of them died of lack of adequate protective measures when doing their job,” Blaise Lempen, secretary-general of PEC, told LatAm Journalism Review (LJR). “The PEC wants to increase the awareness of the risks among journalists, media companies and governments. We ask for more protective measures for them and at this point of the pandemic we request early vaccinations for journalists on the frontlines”

The first recorded death of a journalist from Latin America occurred on March 28, 2020. Lauro Freitas Filho was 61 years old and was editor-in-chief of Monitor Mercantil, where he had worked since 1988. Four days later, it was Peruvian Ricardo Gutiérrez Aparicio, member of the Lima Journalists’ Association.

The most recent cases were those of Brazilian Robson Filene de Oliveira, 52, and Mexican Hugo Sánchez Izquierdo, 56, who spent most of his 39-year career at Red de Cinco Radio, in Puebla. The two died on Monday, March 15, 2021. 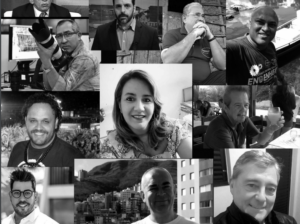 In Brazil, in January, the National Federation of Journalists (Fenaj) published a dossier detailing the deaths of journalists by COVID-19 in the country. Although already out of date, the data indicated an acceleration in the number of cases recently. In the Fenaj survey, 25 percent of deaths had occurred only in the month of January 2021. With the deterioration of the health situation in Brazil, the likelihood is that it will get worse.

“The data is still small for more exact conclusions, but it is undeniable that the curve follows the

the same national trend of increasing fatalities, a direct result of lower social isolation seen at the end of 2020 in all regions of the country,” the Fenaj report said.

In the Fenaj survey, journalists over 50 account for more than half the victims. However, there are also cases of young people under 30, such as Letícia Fava, 28, and Janael Labes, 24.

“Fenaj advised the unions, at the beginning of the pandemic, to request protective measures from employers. Many answered, establishing remote work and rotations. These measures have to be reinforced at this time of a worsening pandemic,” Maria José Braga, president of Fenaj, told LJR.

The most recent report by the National Association of Journalists of Peru (ANP, for its acronym in Spanish) indicates that of the 135 deaths of journalists in the country due to COVID-19, 61 are related to professional activity and in the other 74, infection occurred in community.

“The big problem with journalists in Peru is the precariousness in which they work. At least 70 percent of journalists in regions are self-employed. (...) They themselves have had to get hold of their own personal protective equipment to continue reporting on the front line. For this reason, they have remained on the frontlines with information with homemade masks that do not provide a great barrier against the virus,” Zuliana Lainez, secretary-general of ANP, told LJR.

The ANP asked the Ministry of Health for journalists to be included in the priority vaccination group, after the health teams. The organization argues that the category is the only essential service with a high mortality rate that was not considered in the priority groups.

According to Lainez, most of the 135 journalists killed by COVID-19 in Peru were over 65 years of age, and, despite being part of the at-risk population, could not abandon their work because they did not have access to public or private pensions. "A freelance journalist from the interior, because of his low income, (...) cannot retire, he is obliged to work until the last day of his life," she added.