Cuban journalist detained in the United States receives asylum, but has yet to be released

Cuban journalist Yariel Valdés González was granted asylum by a U.S. judge on Sept. 18 after spending five months in detention centers of Immigration and Customs Enforcement (ICE), the Washington Blade reported. However, the journalist has not yet been released. 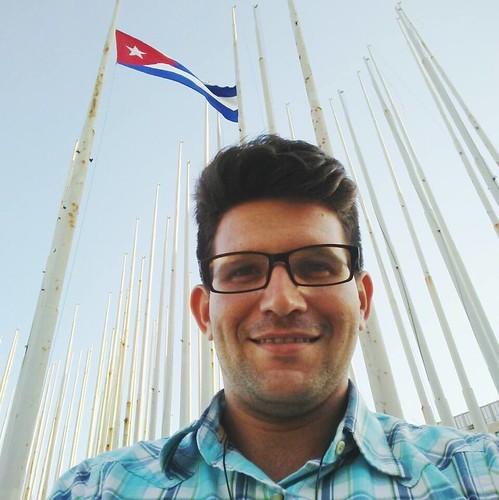 Valdés, a 29-year-old independent journalist, was forced to leave Cuba in 2018 due to threats and pressure from the authorities for practicing his profession, Diario de Cuba reported. According to the Washington Blade, Valdés entered the U.S. on March 27 through the border entrance at Calexico West, located between the Imperial Valley of California and Mexicali, Mexico, and requested asylum. From there he was transferred to the Tallahatchee County Correctional Facility, in Tutwiler, Mississippi. He was then transferred to the ICE Bossier Parish detention center in Plain Dealing, Louisiana, according to the site.

When he was granted asylum, the journalist told the Washington Blade, “I am very happy and extremely grateful to this country for giving me the opportunity to live in total freedom, far away from the persecution of which I was a victim in Cuba because of my work as an independent journalist.”

However, he remains in detention at the Bossier Medium Security Facility in Louisiana, according to ICE records. According to what his lawyer Lara Nochomovitz told the Knight Center, it is not uncommon for a detainee to not be released immediately after being granted asylum.

ICE was contacted regarding Valdés’ detention, but the Knight Center never received a reply.

When Valdés finished studying journalism in Cuba in 2014, he started working at Vanguardia, a state newspaper in the province of Villa Clara, according to Diario Las Américas. At the same time, he collaborated with the independent media OnCuba and El Toque. Valdés told Diario Las Américas that his bosses forbade him to continue collaborating with media who were “enemies of the revolution,” but he did not comply. Therefore, he said, he was suspended for a month without pay and that two years later, in 2016, after suffering pressure from his bosses, he was fired.

He was also fired from the government radio and TV station CMHW where he also worked, Cuballama reported.

Then he began collaborating with the independent Cuban sites Tremenda Nota and YucaByte. Valdés told Diario Las Américas that due to his work as an independent journalist not aligned with state media, he was jailed up to nine times. “They were calling me counterrevolutionary, and ‘they regulated’ my departures from the country,” he said.

However, Valdés managed to leave Cuba for Colombia in September 2018, to attend a short course in journalism, according to what Michael K. Lavers, international news editor of the U.S. site Washington Blade, told the Knight Center. At the end of the course, he traveled to Mexico where he lived for a few months. There he came into contact with Lavers and began collaborating with the site as a correspondent in Mexico, producing reports and video.

"He is a very talented journalist," Lavers told the Knight Center. Lavers himself has been banned from entering Cuba by the authorities and maintains contact with several independent Cuban media. He also said he had been in constant communication with Valdés during his detention.

Another independent Cuban journalist who fled the island due to what he said were threats and pressure from the authorities is José Ramón Ramírez Pantoja. He has been at an ICE detention center in Adelanto, in San Bernardino County, in southern California, since May 8, where he awaits his first asylum hearing.

Recently, a group of Cuban journalists, researchers, bloggers, activists and others released a petition demanding an end to repression against independent journalists.

On Sept. 11, journalist Roberto de Jesus Quiñones, a Cubanet reporter, started a one-year prison sentence after being arrested while covering a trial in the city of Guantánamo. Other journalists have suffered arbitrary detentions.

Carlos Rodríguez Martínez, editor of the Tremenda Nota site testified on Sept. 23 before a public audience of the Inter-American Commission on Human Rights in Washington D.C., about the persecution of journalists and human rights activists on the island.

Rodriguez told the Commission that his site has been blocked since Feb. 23, a day before the referendum for a new constitution in Cuba. He also stated that he has been detained several times while reporting.

"We know that it is impossible to work in Cuba as an independent journalist without exposing oneself to confinement, torture and harassment," he explained, as reported by the Washington Blade.

Another Cuban journalist, Pablo Díaz, director of Diario de Cuba, based in Madrid, Spain, told the Commission that restricting travel is another measure that the Cuban government uses to punish journalists.