“Living leaves a mark” is the motto of the new digital magazine Impronta (Imprint), founded and directed by LGBT journalists from Central America and launched on March 7. And the publication wants to tell readers precisely about this “mark”: what it is like to be LGBT in countries like Belize, Costa Rica, El Salvador, Guatemala, Honduras, Nicaragua and Panama.

“When you live, you change and leave a mark on society, and we want to talk about what those changes are, what things are opening up, circulating, improving or worsening in society. What we say is that LGBT people are taking action and changing, that is, they do things in the societies we live in,” Guatemalan journalist Daniel Villatoro, editorial director of Impronta, told LatAm Journalism Review (LJR). 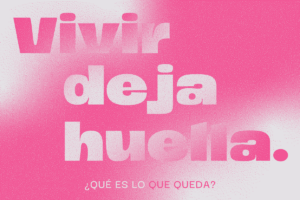 According to him, the goal is to get out of stereotyped coverage, which often addresses LGBT issues only in the context of transphobic and homophobic violence, common in the region. According to a report by the regional network SIn Violencia LGBTI, between 2014 and 2019, more than 1,300 lesbian, gay, bisexual, trans and intersex individuals were violently killed in nine countries in Latin America and the Caribbean – not to mention data from Brazil, where it is estimated that there were 1,600 murders in the same period. That is, every day at least one LGBTI person is murdered in the region.

Also according to the report, Honduras, Colombia and El Salvador have the highest rates of violent deaths per inhabitant (again excluding Brazil). In Guatemala, there have already been eight murders of LGBTI people this year.

The “mark” the magazine wants to talk about includes how LGBT individuals are impacted by being exposed to this daily violence. “In our being, there are traces of that social exclusion, in the face of discrimination and the closure of spaces. And that is manifesting itself in the texts,” Villatoro said.

Villatoro said it “is impossible not to address violence, because it is part of the fear of being LGBT in Central America,” but it is also necessary to speak of "narratives of life.”

“Usually they only call us, LGBT people, when we die or when we are being left out,” the journalist said. “And we also believe that we must propose narratives from ourselves, that is, not from other people telling us about ourselves. And narratives of life, what is happening and what people are thinking.”

The focus of Impronta is the coverage of culture, understood as something broader, and not just entertainment or the arts.

“Culture encompasses all aspects of our life, it is also machismo, the corruption of public institutions. In the end, culture is how it feels to live here and the difficulties that people find in their territories.” 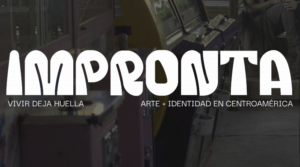 The journalist said that one of the themes that is usually dealt with in the magazine, for example, is the intersectionality between racism and discrimination against LGBT people, with "a political approach."

“There are several crónicas about what it means to be Mayan and LGBT in Guatemala. The other week our main article was a profile of an activist in the place that murders the most LGBT people in Guatemala. Let's say, the coverage is more about the cultural impact, the imprint she is leaving in the place with the most violence by taking these actions.”

As it is a digital magazine, stories are posted every Sunday. Impronta bets on "slower journalism," deep and reflective, "a conversation with the reader," Villatoro said.

“We want to go beyond the daily stories, the events, and produce the cultural story, of the broader social fabric. We are also going to talk about hard issues, so to speak, such as politics and institutions, but the treatment is not going to be [in the style of] the news.”

For Villatoro, this slower journalism is the most suitable for a regional outlet like Impronta because it is difficult for the reader to follow the daily lives of all countries closely.

“We have a very interesting story of an artist in El Salvador, when I read about her, that serves me as a Guatemalan, because it is not about whether the Congress of El Salvador did this, but rather it talks about human connections.”

Villatoro reinforced that he opted to create a regional outlet because he thought that Central America is seen, from the outside, as a homogeneous bloc, as if all countries were the same. For this reason, the journalist believes that there is an untapped potential for the region to talk about itself and to understand itself better from this internal view. He adds that it is necessary "to tell about Central America as a space where LGBT people can be free to be themselves.”

Currently, the Impronta team is made up of three permanent journalists and around 25 collaborators. The magazine is based in Guatemala, where it was founded and where the permanent team is located, but it has correspondents throughout the region. All work is done remotely, due to limitations imposed by the pandemic.

The health emergency, in fact, was one of the reasons for the creation of Impronta. Its founders initially planned to hold an in-person literary festival, which ended up being canceled. It was then that they understood that a magazine would be the best option to give space to these LGBT narratives and still give a greater permanence to content than an in-person festival could provide. 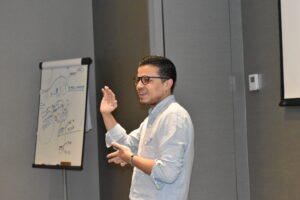 The desire to set up Impronta also arose out of Villatoro's professional career. He worked at Guatemalan site Plaza Pública, among other outlets, and specialized in investigative and data journalism, covering corruption and human rights. During this period, he noted that it was difficult to address LGBT issues in depth in the media. The subject was considered episodic, linked to special dates.

“LGBT stories are told in June, if there is pride [Pride Month], ok, let's talk about it, and if not, you don't talk anymore. As a journalist I have worked a lot on these issues, but the truth is that it has been a bit difficult,” said Villatoro, who taught a Knight Center MOOC on gender perspective last year.

According to him, LGBT issues in Central America remain "in the closet."

“It is not a topic that is spoken of so freely, it has been made invisible, or when it is broached, it is done in a somewhat timid or stereotyped way. [At Impronta] we are connected very much to the word identity, because the stereotypical part of LGBT coverage focuses on sexuality. While sexuality is part of it, these identities run deeper.”

For this reason, Villatoro, together with other journalists, communicators and columnists, created the NGO Visibles in Guatemala  – Impronta is one of the organization's projects. The magazine is non-profit and currently receives funding from the Dutch organization Hivos. 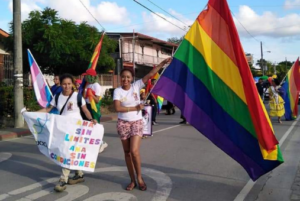 Villatoro said the objective is also to work with advertisers, to offer services and to apply for public calls and grants from other foundations – some grants have already been given, but cannot yet be announced. In April, he wants to launch a print version of the magazine and then set up an area for engaging the audience, with subscriptions.

Despite having a well-elaborated and developing business model, it is noteworthy that the magazine's launch manifesto contains several mentions of death or the end of the outlet – perhaps a reflection of the extreme violence against LGBT individuals and the enormous challenge of financing and doing journalism in the region.

But that does not necessarily mean a pessimistic view, according to Villatoro. “We hope that the magazine continues to live, but in the event that it closes, we want them to say that this magazine left a mark.”